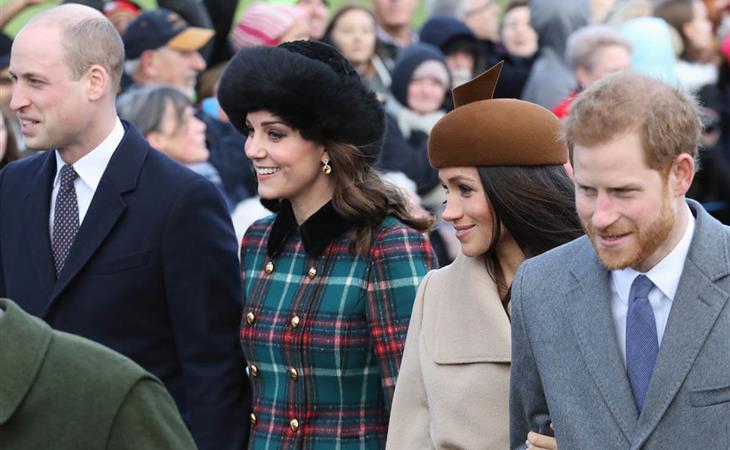 In the moments that immediately followed Prince Harry and Meghan Markle’s engagement announcement, I posted information from a source who told me that Meghan would be spending royal Christmas at Sandringham. At the time, many old timey royal experts predicted that there was no way that Meghan would be invited to Sandringham because, typically, you don’t get to go to Sandringham until you’re united by God. But, as we’ve seen over the last month, Harry and Meghan have been anything but typical. On Christmas Day, Meghan Markle joined other senior members of the royal family, as part of Her Majesty’s family, at Sandringham.

And this was also the first time we saw what is now being called the “Fab Four”: William, Kate, Meghan, and Harry walking side by side to church. The square is complete. Will and Kate even held hands. It’s almost like Kate is taking her game up a notch these days, non? It was Kate who seemed much more relaxed – and why wouldn’t she? She’s now a veteran here. Her curtsy has been practised so many more times while certain members of British press commented that Meghan’s seemed a little “wobbly”. I wouldn’t call it “wobbly” but she did seem tentative. And it was the first time since Meghan’s been formally introduced as Harry’s fiancée that she wasn’t confidence personified – although I think that added to the charm of it all. Few people would walk – or curtsy – into that situation like a pro. And the fact that she was nervous and shy, in the long run, will likely serve her well. The British turn quickly on those who pick things up too quickly, who don’t display the appropriate amount of awe and respect for the institution. So Meghan played it well to put her awkwardness on display. Better to be criticised for being cautious and unsure than to be criticised for being cocky.

I hate everything about this outfit. The brown of her hat is the exact brown of a poo emoji. The slouchy boots seem lazy when worn under a camel coat that already doesn’t have much structure. The bag was too much on top of an outfit that was already too matchy. Nothing about the outfit said “crisp”. Instead, the whole thing screamed of effort. Which is the balance Meghan Markle will have to learn over time – how to do it without looking like she’s trying too hard.

Again though, it’s her first time. And it was her first time out in public like this as an official member of the senior royal class. Which is a big f-cking deal. Christmas at Sandringham. With the Queen. Walking among those who have the privilege to spend Christmas with the Queen. All in all then, it was a success. And at least she wasn’t nudged.

Do you remember? Do you remember what happened at Princess Kate’s first Sandringham? I completely forgot about this until I saw it on Twitter. Let this sustain you through to the new year.

Guys, remember the Duchess of Cambridge’s first Christmas with the royals when Eugenie ‘accidentally’ bumped into her and Kate was seen giving her the death stare? Merry Christmas ☃️🎄 pic.twitter.com/WLfre1dmRZ 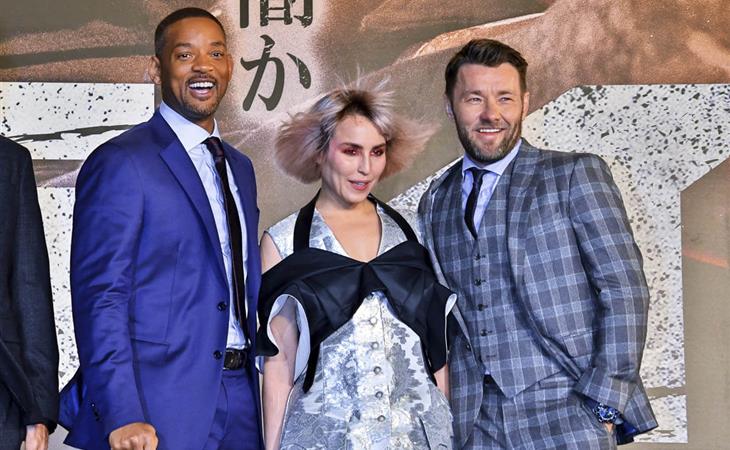 Will Smith in Bright 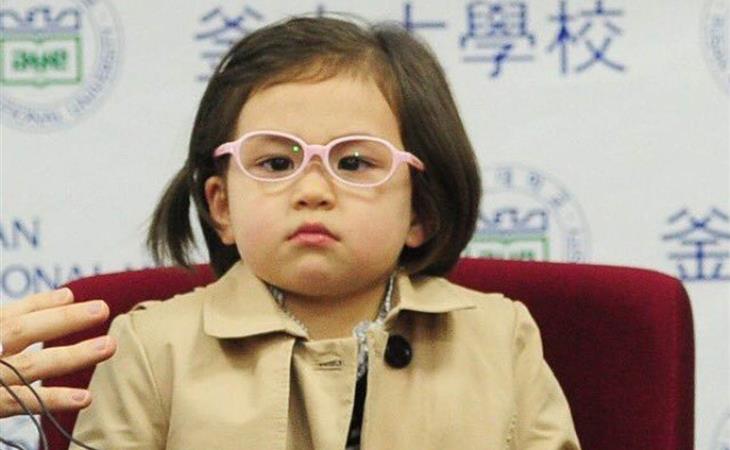