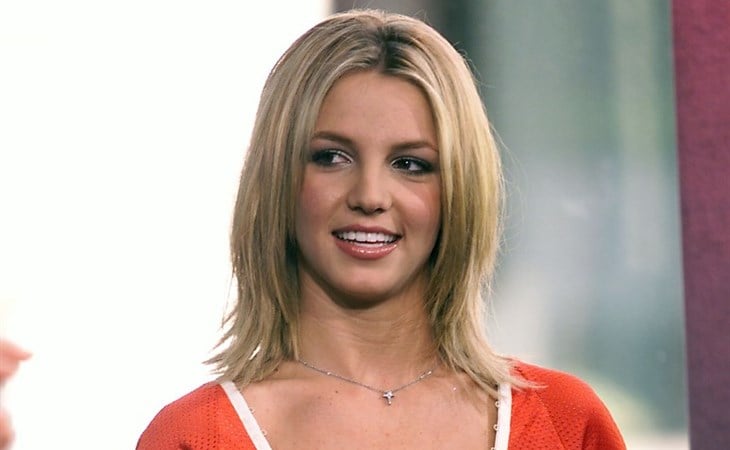 Framing Britney Spears, the new documentary from The New York Times, is airing on Hulu in the United States now but is not available in Canada and I’m not sure of its accessibility in other parts of the world but more and more people, as they find ways to watch it, have been talking about Britney over the last few days and how pop culture did her dirty, how we did her dirty. And “we” is the operative word.

In an interview with Variety last week, the director of Framing Britney Spears, Samantha Stark, talks about the goals of the film, beyond spotlighting the #FreeBritney movement and doing a deep dive on Britney’s conservatorship, and how the culture has changed over the course of Britney’s 20-plus year career:

“The industry is not the same at all. It was really hard to pick what to put on screen because a lot of it could be re-traumatizing for Britney. It was kind of a dance to figure out how to use just enough to confront us with our own complicity and look back at things that are so surprising now.”

I mean, of course, there are people out there who objected to the way Britney was being treated and reported on back then, including Craig Ferguson, but as the documentary points out, mainstream media and mainstream audiences, by and large in the mid-2000s, participated in the shameful way Britney was covered and followed. As shown in the documentary, this wasn’t just tabloids and the paparazzi and the internet, it was major news outlets, it was late night talk show hosts, it was legacy media, it was Diane Sawyer. It was me.

Over the years, I have addressed my past gross writing on Britney and so many others, most recently last June, and since this site started 17 years ago now, we have evolved our content, our perspective, our responsibility…but as I have always said about gossip, it’s not just a conversation about the subject of the gossip but also a lens into who we are, collectively. Framing Britney Spears examines Britney’s story through that former lens and the current lens of pop culture and, in just over an hour, efficiently documents how, in that era, everyone failed Britney – and there are so many layers to that.

When the tabloids trashed her, or when the blogs made fun of her, including this one, when Diane Sawyer interviewed her on primetime television, telling her that moms all over America were disappointed in her and one of them actually wanted to shoot her for breaking Justin Timberlake’s heart (!) and wearing the clothes that she wore and dancing the way she danced, the reaction at the time wasn’t outrage. There was no Twitter back then, of course, but trust me, the switchboard at ABC wasn’t lighting up with people calling to cancel Diane, complaining about the offensive tone she took with Britney, the cruelty in her questions. For those of you too young to know what a switchboard is, I’m telling you, the switchboard was Twitter before its time; people used it. They also sent letters. And filed grievances with the FCC. None of that happened. People watched it – and they weren’t bothered. Not the way people are bothered now, not the way we are bothered now. Because we know better. But back then, it wasn’t just a few people piling on the Britney situation and not being interrogated and challenged for it, it was the standard. Not unlike how it was the standard to vilify Monica Lewinsky during that scandal, which as Wesley Morris astutely points out in Framing Britney Spears, immediately preceded Britney’s ascent. We have also wrestled with what happened to Monica in the years since. We now have to do the same with Britney.

Going beyond the media, and in Hollywood among celebrities themselves, there was no significant support or defence of Britney either. These days, on social media, if there’s a celebrity who’s being trolled, other celebrities jump in relatively quickly in solidarity. See Chris Pratt. There was no social media during the years when the culture glorified and then subsequently rejected Britney, but it’s not like celebrities didn’t have access to the conventional media of the time. It’s not like celebrities didn’t have platforms. So she was isolated even by her peers. No celebrities of note and with any impact were calling out Justin Timberlake for slut-shaming her the way they would now in a similar situation and they certainly weren’t taking a stance against the media outlets that were exacerbating the drama.

What makes Framing Britney Spears so effective is that it doesn’t single out any one person or thing to blame – but it exposes an entire culture, which so many of us were a part of, that not only tolerated the way she was eviscerated but actually NORMALISED it. Which is what makes it so shocking to watch back now, the way the information and the history is presented, piece by piece, step by step. We were there, and we didn’t see, we didn’t know. We were there, but we didn’t understand. We were there… and did we forget?

Because that’s worth considering too. When Duana and I were talking about it last night, she referred to it as “amnesia”, a collective, cultural amnesia. Sometimes amnesia is useful. In certain situations in life, we are encouraged to move on, to not dwell. To let those memories go. The easiest and quickest example I can think of here is in sport. Don’t think about the time you missed the goal, or when you fell on the hurdle – that won’t help you for next time. This also applies to public speaking and presenting. The idea is to instead focus on what you’ve learned and how you’ve improved. With other times in life though, amnesia is a lack of processing, a step skipped in the path to growth and change. The culture is attempting to be kinder to women, people of colour, people from marginalised groups, but as we’ve seen especially over the last year, with calls for equality and justice, as we have protested systemic racism and institutionalised inequities, we have had to reckon with how we may have contributed to and upheld the status quo, and confronted our complicity. That is one of the questions Framing Britney Spears is asking viewers – ie so many of us – to reckon with. Not for absolution, but for progress.

We’ll have more on Framing Britney Spears in the days to come and Duana and I will be addressing it on Show Your Work next week as well.