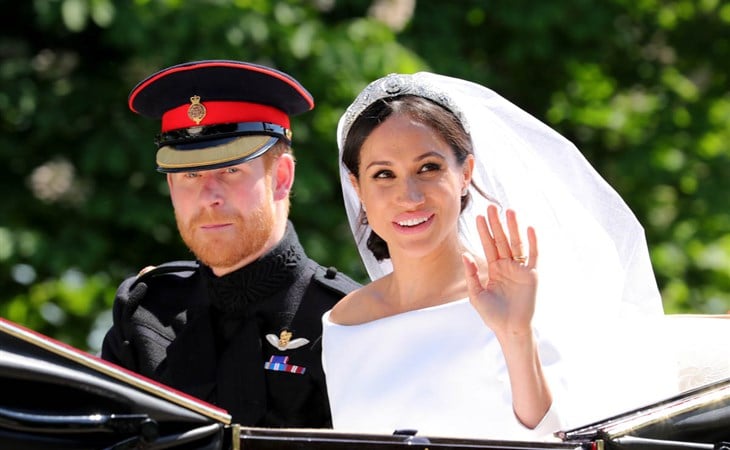 Prince Harry and Meghan Markle were married two years ago today in Windsor. I was wondering whether or not they’d do something to mark the occasion and if so, how we’d see it because they don’t have social media accounts right now or a website. And as much as I support the Sussexes in their fight against the outrageous stories that have been written about them in the British tabloids, at the same time, it’s also OK to acknowledge that they have the celebrity DNA – and they can be just as thirsty for the spotlight as any celebrity.

This year, though, is tricky. Because they’re in transition. And they’ve said that they’re working more behind the scenes these days while they strategise their next moves. So the anniversary commemoration was low-key. No new photos have been released. Instead, they’ve allowed a source (aka their publicist) to reveal that they’re taking the day off, that’s it:

"The day will simply be quality time with one another and as a family," a source close to the couple tells BAZAAR. "They're not going to be doing any work and made sure they have no meetings or calls in the diary."

"Like everyone else, they are in lockdown at the moment, so they will just be hanging out together at home," says the source. "But it will still be a lovely day."

Great. Restraint is good right now. There’s already been all kinds of noise generated over this book, Finding Freedom, by Omid Scobie and Carolyn Durand. And in the coming few weeks, probably starting right after the July long weekend, we’ll start getting excerpts and pre-release details about what, exactly, will be in it. So a quiet period wouldn’t hurt them until they become the news cycle once again. And they will probably be the news cycle with all the revelations expected in this book.

But today is about the memories. It was a total fairytale that day – all the elements were in place: the castle, the carriage, the chapel, the story. I covered both Prince William and Kate Middleton’s wedding and Prince Harry and Meghan Markle’s wedding. And it was two different styles. Will and Kate’s wedding, in the city, in the capital, was a totally majestic event befitting his standing. Harry and Meghan’s wedding, in Windsor, with the wedding procession winding down those narrow streets, and the bunting everywhere,  it was so picture-book and countryside, an air of Jane Austen to it. Which seems fitting. Austen, after all, wrote about the politics of marriage. Imagine what she would have thought of Harry and Meghan’s wedding? Harry is 35 years old right now, the age Colonel Brandon was in Sense and Sensibility, just a year young than the age Meghan Markle was in 2018 when she married him, and we’re told up and down in that book how ancient Brandon is, especially to 17 year old Marianne Dashwood. Back then, it wasn’t unusual for the super old Brandon to take a teenager to be his wife. Fast forward to present day and super old Harry married a divorced woman two years older – and the bullsh-t about inheritances and property and allowances STILL persists! Austen may have been surprised to find out about the suitability specifics of a marriage match in 2020 but she would not be surprised at all to know that the drama over suitability did not die in her time.