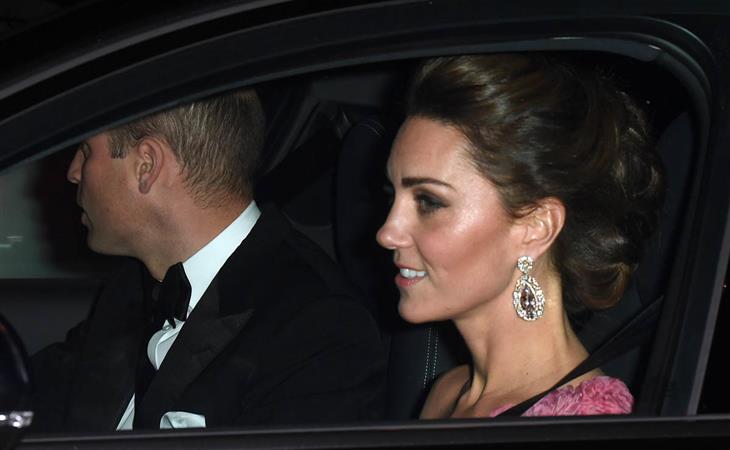 The Queen hosted a party to celebrate Prince Charles’s 70th birthday last night at Buckingham Palace. It was a private event so the only photos available of the royals you care about were the ones of them arriving. We’ll get to the young royals later. Here’s a shot of Charles and Camilla at Clarence House at the beginning of the night:

Since it was his night, Kensington Palace has not released any shots of Princes William and Harry or Catherine and Meghan so as not to take away from their father. That’s especially important right now since, um, their father seems to be checking both his sons during his birthday media month through his courtiers.

During dinner, the Queen toasted her heir:

“It is a privilege for any mother to be able to propose a toast to her son on his 70th birthday. It means that you have lived long enough to see your child grow up,” The Queen said at the Prince of Wales’ 70th Birthday Party tonight.
Read here - https://t.co/HPSjPoXZYb pic.twitter.com/YJjKLt1ast

Did your mind go to Princess Diana there? Her Majesty, of course, has every right to share that sentiment – it’s what any parent would want to share. But it’s also a moment that neither William or Harry will ever experience. As you know, the Queen doesn’t often get sentimental and when she does, it’s extra special. She went on to say that:

“My mother saw me turn 70, of course. And she was heard to observe that 70 is exactly the age when the number of candles on your cake finally exceeds the amount of breath you have to blow them out. Over his 70 years, Philip and I have seen Charles become a champion of conservation and the arts, a great charitable leader—a dedicated and respected heir to the throne to stand comparison with any in history—and a wonderful father. Most of all, sustained by his wife Camilla, he is his own man, passionate and creative. So this toast is to wish a happy birthday to my son, in every respect a duchy original. To you Charles. To the Prince of Wales.”

Nice moment there for Camilla too. Charles, though, was the star on this night – the star of his mother’s eye, with the spotlight all to himself, a spotlight he supposedly doesn’t enjoy sharing even though, recently, rumours out of his court have suggested it of Prince William. That said, royal observers have seen the Queen, over the last couple of years, openly show more and more confidence in Charles, publicly endorsing him to take over her role as Head of the Commonwealth and slowly but consistently supporting his takeover of many of her roles and responsibilities, ensuring a stable succession when the time comes.

All this is worth keeping in mind as you consider the headlines that the young royals have been making lately. Leading up to his 70th, with the release of Robert Jobson’s book and Charles’s Vanity Fair feature, we’ve heard that William can be “a little grand”, that Harry’s prone to emotional outbursts, and that Royal Meghan’s assistant just quit and that the Sussexes are now looking for two replacement staff members. Will and Kate have turned over staff too. I’m not sure it’s that unusual, especially as Harry and Meghan are still sorting out their game plan as a partnership and therefore how their court will run and with the speculation and William and Harry might actually separate their courts going forward. What is interesting is how and why this information is being leaked. Where is it coming from? Is it coming from the Prince of Wales’s court?

Remember, the tiara-off story last week originated from Robert Jobson (“What Meghan wants, Meghan gets!” is the quote attributed to Harry in his book). Robert Jobson was given access to Charles for the writing of his book. Typically, when that happens, the reporter clears what goes in the book and what can’t go in the book with their subjects. They’ll never admit to it but that’s how it works. The sh-t that they have to cut… has to go somewhere. Has to be placed somewhere. I’ve heard from royal insiders that more of these stories, stories that may take the shine off of Charles’s children, have and will come from Charles’s courtiers. Remember, these are also people are also taking over from a long line of predecessors skilled at royal gamesmanship and manipulation. (See The Crown.) Their job is to centralize power in the courts they serve. The nucleus of power in the British royal family should always be with Buckingham Palace, the Queen, and, by extension, Clarence House, the Queen’s heir, the Prince of Wales. Openly, of course, William and Harry would never defy their father. But behind the scenes, how are they reacting to these moves? And if they really are separating their courts and staffing up in support of their courts, will this be a consideration? Will the people they bring on, tasked to serve their individual courts, be able to go head to head with Charles’s court when necessary?

The real gossip behind why Royal Meghan’s assistant quit may not have anything to do with Meghan. It may be a much bigger question about the greater politics and maneuvering happening between the three – perhaps soon to be four – senior royal courts. And if that’s really what’s going down, the courtiers of the top two courts are targeting Meghan right now because she’s new and that makes her vulnerable. How do you suppose Harry is going to handle that?

Attached – William and Kate and Harry and Meghan arriving at Buckingham Palace last night. We’re likely not going to get full length photos of the outfits but both Kate and Meghan seem to be wearing shoulder-baring dresses, both with their hair up, and both with big ass earrings. Not terribly exciting. But on a night like this, it was never going to be all that exciting. On nights like this, they’ll always follow the prescribed (read: old and boring) “fashion rules”: you put your hair up when you want to look formal and elegant. I’m over it. 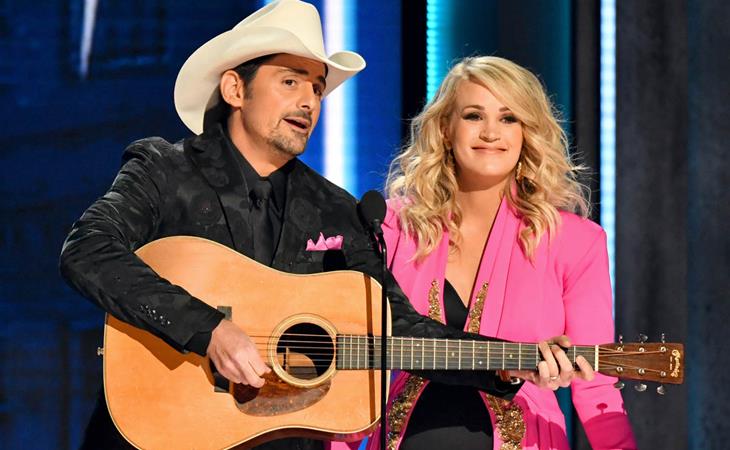 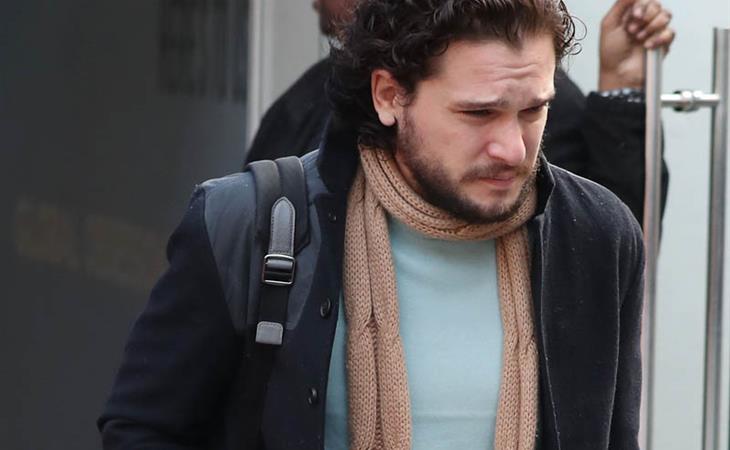