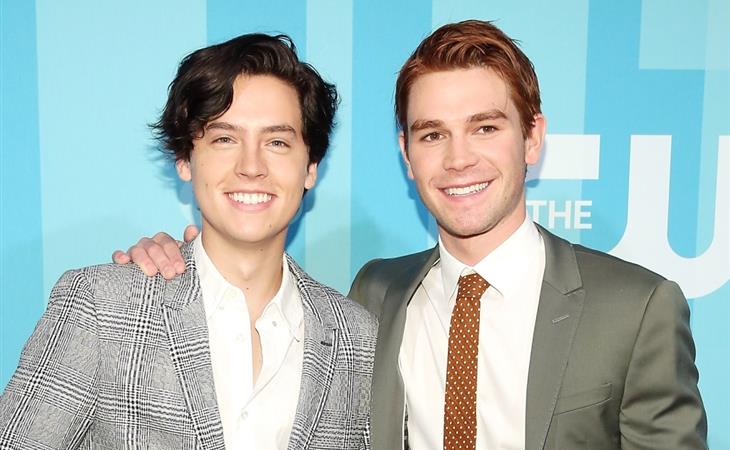 KJ Apa fell asleep while driving and crashed his car into a light pole last week after a long day of shooting Riverdale. The Hollywood Reporter broke the story yesterday morning. According to that initial THR piece, KJ Apa worked a “grueling 16-hour work day” before his 45-minute drive home, inciting Riverdale’s cast and crew to take on Warner Bros. in a battle over on-set safety. I should note that KJ and his abs are fine but the passenger side of his car was totalled.

THR’s sources say the crash “ignited a firestorm of protest” on set over the show’s long hours and policy of not providing transportation to and from set. In a twist that sounds like the plot of Final Destination, the source says that Cole Sprouse had “planned to be in the car as well that night but changed plans at the last minute.” I bring up this morbid detail for a couple of reasons, not just for my borderline-insensitive Final Destination joke or to equally-insensitively name drop my obsession Cole Sprouse.THR’s source is from inside the show’s production. But the from way this story is framed and the quotes they use, the sources sound like they’re clearly on the side of the cast members. At one point, a source says, “They're working these kids from morning until night… Someone’s going to die." Shots fired. Lines drawn. THR also notes that a call between KJ’s reps and Warner Bros. execs is scheduled for today. If that’s true, it would make sense that the actors would want their side of the story made public prior to the meeting, even though the incident happened last week. My gut reaction when I first read about the accident was, of course, they should be providing transportation on late shoot nights! How dare they put Archie Andrews in danger! That is the same reaction many fans of Riverdale are having. A fan tweeted me a link to the THR story calling it “unacceptable and dangerous,” specifically calling out the CW and executive producer Greg Berlanti. I think that’s the reaction the cast and crew were hoping for. It makes KJ Apa the victim. And just like that, you’ve got a red-haired, dimple-cheeked face of your fight.

Warner Bros. released a statement in response to THR’s article, contesting the idea that they worked KJ Apa too hard and he didn’t have a ride available to him, which is why he fell asleep and crashed his car.

“… we want to specifically address the characterization that conditions on the set of Riverdale are of concern. We have a large cast of series regulars, and our actors do not work every day. On the day of the accident, KJ worked 14.2 hours. The previous day he worked 2.5 hours, and the day before that he worked 7.7 hours. KJ has repeatedly been informed about making production aware if he is tired or feels unsafe, and if so, either a ride or hotel room will be provided for him. The accident occurred last Thursday. Additionally, it is untrue that KJ was taken to the hospital. He was treated by first responders on the scene and released by them. We also sent a doctor to his home later that same day for a follow-up to confirm his well-being."

My takeaway: WB takes no responsibility, claims they did everything by the book and their star should have let them know he needed a ride home. It almost sounds like they are blaming KJ for falling asleep, no? They’re painting him as an irresponsible 20-year-old who should have known better. Also, notice the “14.2 hours” instead of 16. It’s a purposeful correction to establish that KJ didn’t work THAT long. This is the same company that botched the handling of the Bachelor in Paradise on-set scandal. I don’t think victim-blaming is their best move. Here’s the rest of their statement:

In accordance with industry standard policy, if any cast or crew member feels tired or unsafe at any time after working, the Studio will provide a taxi, a driver or a hotel room upon request. This is communicated to all cast and crew, both in writing and verbally, at the beginning of production and is reiterated continuously throughout the duration of production.

WB really wants us to know that a ride is available to cast or crew if they ask for it. If you’re new to the industry though, do you want to be diva who demands a ride home? That may sound like a dumb excuse (and I want to make it clear that there should be no excuse for impaired driving) but a friend who has worked on a few sets in Vancouver (WBTV’s policy about not providing transportation is particularly enforced outside of the U.S.) said that transportation provided by the studio is rare. Another friend confirmed that actors almost always drive themselves to and from set. For most of the young actors on Riverdale, this is their first major job. If the standard is that everyone drives themselves, even after working for 12-16 hours and your drive is almost an hour away in a city you’re not familiar with, is it understandable that they wouldn’t eagerly request their own transportation? Also, the person driving you home may have also worked a 16 hour day. Instead of asking who was responsible for getting KJ Apa home safe, should the question be, why wasn’t he safe in the first place? Should 12+ hour days be the standard? This Deadline piece notes that crewmembers are often scared to speak up about dangerous set environments “for fear of getting blacklisted.”

At one point, a THR source calls Sprouse “a leader of sorts of the actors on the show.” I don’t like to remember this but Cole is a Sprouse twin aka those kids from Big Daddy. He grew up on sets as a child actor. If anyone knows about “grueling 16-hour days” in Hollywood, it’s this kid. If he is the one leading this crusade against the studio, it could be coming from years of witnessing a culture of long set hours and crews too scared to speak up.

Let’s address the obvious discrepancy in the work we’re talking about and the work “regular” people do. These are actors. Nurses, doctors and first responders work longer shifts without expecting their bosses to pay their way home. “Grueling hours” on set for actors are not hours of hard labour. Usually, when we hear an actor complain about 16 hour days, we roll our eyes (ahem, Katherine Heigl). Yes, part of KJ Apa’s day may include hanging out in a trailer and yes, he’s a 20-year-old newly famous dude who maybe should have gotten more sleep the day before or taken the time to nap in between takes but this is still workplace. And a workplace that ends with a kid driving into a light pole should be questioned.

Smallville, that show about Superman everyone has already forgotten, shot in Vancouver for ten seasons. Reports are now coming out that Michael Rosenbaum (Lex Luthor) started a petition for drivers on set of Smallville because they experienced the same problem. If this blows up even more, how long before Tom Welling speaks up on behalf of the young stars of Riverdale?

The union KJ and the rest of the cast of Riverdale are a part of announced that they are sending a team to Vancouver (not that this is a priority right now but this might mean halting production on season 2). SAG-AFTRA called it an “extremely troubling” situation. If the Riverdale actors go head-to-head with Warner Bros., they may have a union on their side and other actors who will stand with them. Then what? Can an incident on a little CW show change what sounds like a systemic problem across an entire industry? 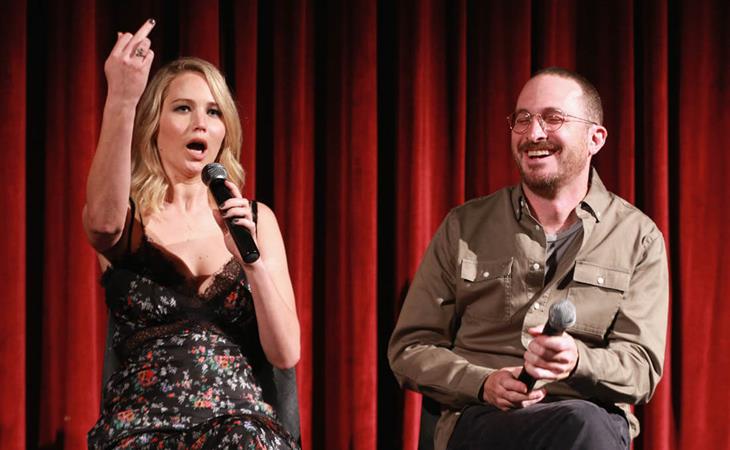 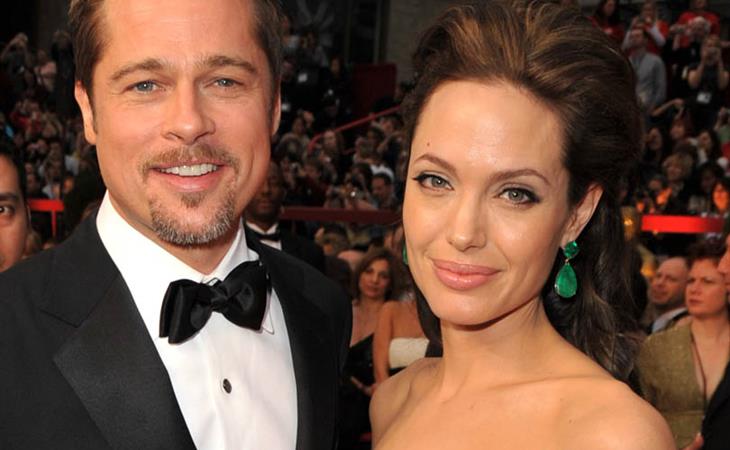