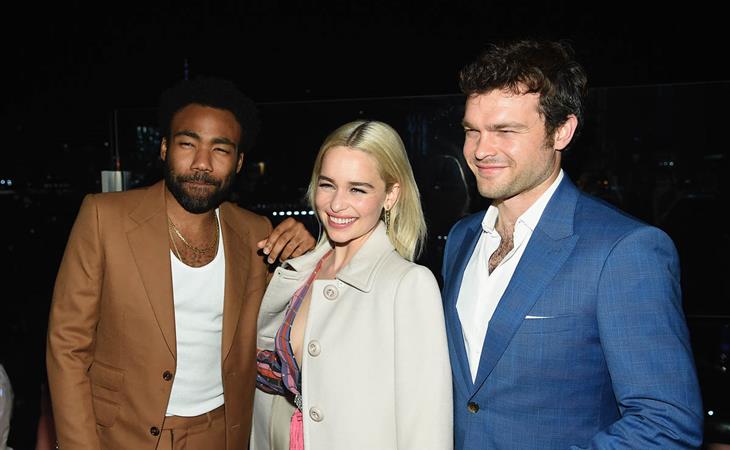 After all the behind-the-scenes drama and production strife, Solo: A Star Wars Story turned out okay. Better than okay—parts of it are really good. Unlike Rogue One, which bears the Frankensteinian scars of a multiple-director vision, Solo is cohesive from beginning to end, tonally and narratively consistent. Despite its start as something else altogether, Solo is a Ron Howard film, and it feels and operates like it was only ever his vision. Howard and LucasFilm pulled Solo out of the fire and made an entirely watchable movie that is a genuinely good time for about one of its two and a half hours.

It gets off to a slow, rough start though, with Han (Alden Ehrenreich) and his childhood sweetheart, Qi’ra (Emilia Clarke), scraping by on the streets of Corellia, working as thieves for the intergalactic Artful Dodger. Soon enough, their plan to hawk some valuable “hyperfuel” and buy their way off Corellia, which is an industrial sh*thole, goes awry and Han and Qi’ra are forced apart. A desperate Han joins the Empire to become a pilot, and from there Han’s adventure takes another twenty minutes to actually start.

The entire movie is answering questions no one is asking, but the beginning is especially guilty of laying track we don’t need. Solo really starts when Han reunites with Qi’ra and gets in way over his head with the Crimson Dawn, a powerful crime syndicate—think a rival to Jabba the Hutt—for whom Qi’ra now works. We don’t actually need to see how Han gets off Corellia, or his aborted career with the Empire, or how he got the name “Solo”. It’s Star Wars, everyone has goofy names, and “Han Solo” is just another goofy name. Why does that need a backstory?!

As character backstory, Solo is pointless. Han Solo is not a character that needs an elaborate origin story. But as a heist movie, Solo WORKS. I fully admit to being skeptical of the need to see the Kessel Run, but they turn the Kessel Run into the heist and it’s fantastic. It’s one of the best sustained action sequences in any Star Wars movie, and even outside Star Wars it’s a helluva heist. The tightest, best part of Solo is the Kessel heist, from Han’s brash plan pitched to Qi’ra and her boss, Dryden Voss (Paul Bettany, enjoying the sh*t out of a villainous role), to the escape from Kessel, Solo soars. And not for nothing, that’s the part with Lando Calrissian and his droid companion, L3-37 (Donald Glover and Phoebe Waller-Bridge, respectively).

Alden Ehrenreich does not embarrass himself as Han. The guy who popped in Hail, Caesar! is present in Solo, and while Ehrenreich can’t top Harrison Ford, he does make Han his own. He has his own swagger and spark, and by the end of Solo, he succeeds in, if not besting Ford’s performance, then at least selling you on his version of Han. But no one can hold a candle to Glover and Waller-Bridge, who light up the screen and enliven the movie, which really needs the momentum because Han’s relationship with Qi’ra is not a good narrative engine. (We know they don’t end up together, so there is no drama in Han’s schemes to end up together.)

Glover not only makes Lando Calrissian his own, he actually does reset the bar for the character. Glover’s Lando is as smooth as Billy Dee Williams, but this is a younger, more reckless Lando, and Glover has fun shading in the gambler who was before Lando took over Cloud City. And Waller-Bridge manages to make a droid fiery with L3-37, a revolution-minded droid who pretty well answers the question of whether or not droids are slaves in Star Wars. This is a question actually worth answering, and Waller-Bridge makes her moment count. L3 is easily the best droid in Star Wars—spin-off droids > new trilogy droids—with not only a memorable personality but an actual, meaningful contribution to make to the overall fabric of Star Wars.

If only all of Solo was as good as the Kessel part—or if Solo was JUST the Kessel part—and if only all of the backstory provided was as worthwhile as L3’s, Solo would be great. As is, it’s a workaday franchise tent pole, keeping the engine running until something more important comes along. Parts of it are exciting, parts of it are boring. A lot of it is forgettable, a little of it will stick with you. You won’t hate Alden Ehrenreich as Han, but you might wonder why we’re doing this to ourselves. And after the almost ruthless forward momentum of The Last Jedi, Solo feels like a step back into something safer and less interesting. Solo isn’t bad, but it never does justify its own existence. 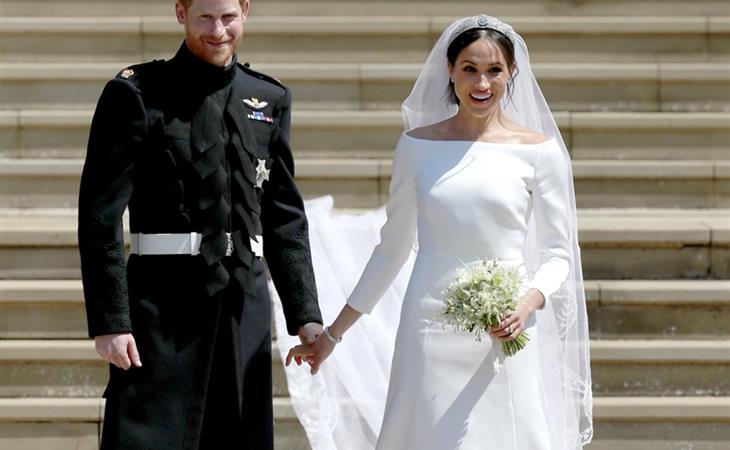