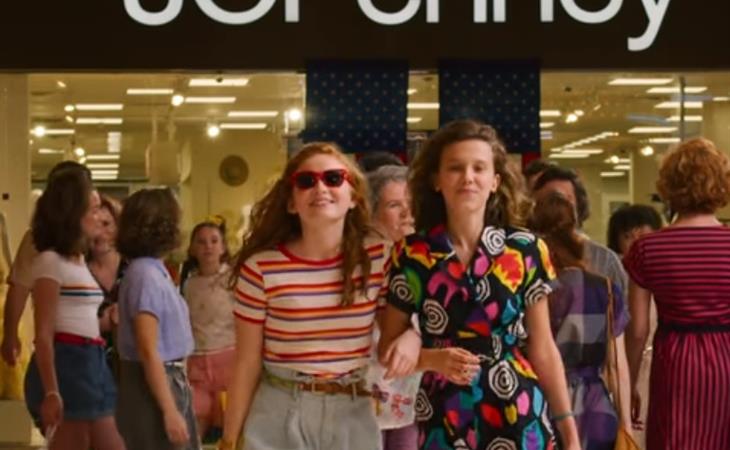 The Most Eighties Lewks of Stranger Things 3

We can debate if Stranger Things is actually good or not—for every one good thing, like Robin, there is a bad thing, like Hopper’s descent into rageaholic assholery—but one thing Stranger Things always nails is its 1980s aesthetic. This year, being the Season Of The Mall, there was a corresponding uptick in the show’s fashion. It’s also now 1985, when disco has fully faded and fin-de-siecle excess takes hold of the culture. Even little ol’ Hawkins, Indiana is feeling the influence of the Versace era. Here are the top Eighties lewks from Stranger Things 3, from least to most Eighties.

I enjoy the comfort of athleisure as much as anyone, but let’s be honest—the neon leotards of the Jazzercise era are cool. They are totally unforgiving to every body type except Jane Fonda’s, but they’re so bright and fun and quintessentially Eighties. (One thing I love about Wonder Woman’s 1980s makeover is how her gold armor echoes the look of Eighties workout gear, with a leotard over leggings.) Big ups to the Jazzercise ladies for their top-notch gym lewks.

Scoops Ahoy is Eighties commercialism at its worst, with its appallingly overdone theme and cheesy sales gimmick, but worst of all is their grotesque work uniform. The Eighties were deeply nostalgic for the Fifties, and the Scoops Ahoy sailor suit embodies that nostalgia in the ugliest possible way. And it’s not even period accurate! I get that Scoops Ahoy is going for a seaside ice cream parlor aesthetic (I imagine the flagship is on Coney Island), but who in the actual 1950s was dressing their employees like Victorian children to sling ice cream? NO ONE, THAT’S WHO. Scoops Ahoy reveals their own 1980s corporate bullsh-t with the sailor suit, overplaying the nostalgia and rendering their company ridiculous. There Is Nothing More Eighties Than Kids Playing Dungeons & Dragons Only To End Up On The News As Part Of The Satanic Panic. When Max takes Eleven to the mall, they embark on a classic mall-crawl montage, trying on clothes and getting Glamour Shots. Eleven, picking out her own clothes for the first time, is immediately drawn to the most awful items on display, favoring bright colors and loud prints. The best of Eleven’s wardrobe changes is the colorful romper she chooses at the mall. It’s neon, it’s hideously fun, it’s perfectly Eighties. And you can buy it at Target. It turns out that Eleven comes by her fashion sense honestly, as Hopper also has perfectly awful taste in clothes. Dressing for his not-date with Joyce, he reveals this “cutting edge” Hawaiian shirt, which is like if someone said, “Miami Vice but not cool”. Also, in this case the insides reflect the outsides as Hopper is a total lunatic this season, revealing ugly possessive behavior toward Joyce and Eleven and basically running around like a jackass yelling at everyone for most of the season. David Harbour deserves better, but Hopper absolutely deserves to have this hideous garment as his (non)death shroud. 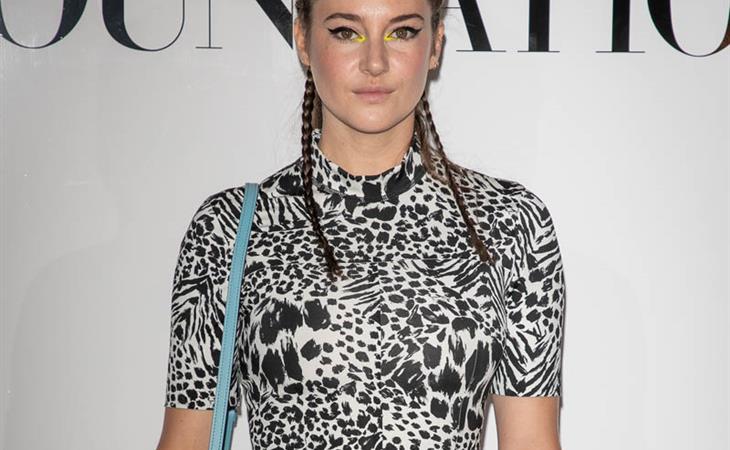 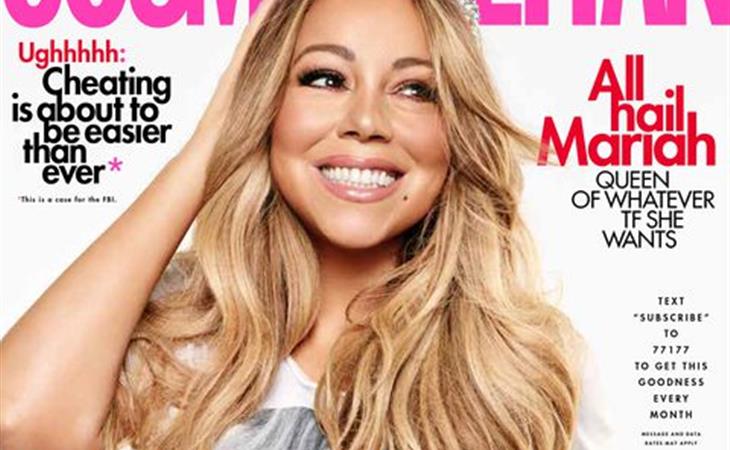