Another week of splitting this group of monsters into hot/cold categories based on their position in the family drama. Spoiler alerts, obviously.

Hotter than climate change caused by excessive private jet use -

It’s been a few days, maybe a week?, since the Roys were floating around the Mediterranean on their tacky superyacht. Now they are stuffed into these small rooms, eating limp salads and pacing and calling each other every five minutes. Shiv spent half the episode in the same outfit she wore home – rich people fabric really holds up but there’s no way she doesn’t have stress BO.

“This multi-f-cking-ethnic transgender alliance of 20-something dreamers”:

Before we get to them individually, let’s talk about the four siblings of the apocalypse. When these four are together (or three, when they forget to invite Connor) there’s such vitriolic intimacy. The shortcuts in their language, the way they see each other’s motivations, the way they go for the meanest insult every single time – it’s cruel in the way only people who grew up together can be cruel to one another. Like they KNOW about Roman’s sex stuff? Shiv made the joke about mommy and he got so defensive (because it’s about Gerri) and then Kendall made the joke about him jerking off after Shiv humiliating him, which makes me think that they know more than siblings should know about each other’s sex lives. (But I still don’t think they know specifically about Gerri, just because it would break their brains.)

To me, this is one of the most revelatory scenes of the series. Put the Roys in a confined space (like Connor’s desert retreat, or their summer home in the winter, or their mom’s castle) and they fall apart. This kind of emotional torment is the safest place in the world for them. Childhood trauma just pours out and they all revert exactly back into the patterns they’ve been replaying since birth: Connor – pacifist and peace maker; Ken – ambitious and needy; Shiv – cold and pragmatic; Roman – funny f-ck-up.

Particularly fascinating is when they get into who knew what about cruises: Kendall and Connor knew the depths of it, and it seems like Shiv and Roman really didn’t. The age difference between the older two and the younger two and how they were treated and raised shines through here – Shiv the ice princess and Roman the floppy spare to the heir seem a lot more protected. And while I don’t believe for a second that Kendall turned on his father because he wants to make good for the victims or cares about accountability, I think Ken believes that about himself.

His pitch sounds about Waystar Royco “leapfrogging tech” and becoming a global news hub kind of sounds like Facebook’s current rebranding plan – a bit like polishing a turd, no?

Grumpy Gramps Ewan Roy knows what’s happening but he hates what’s happening. He finds it unseemly and low-rent and while his brother is tacky and evil, at least he’s not flashy. You know this man is sitting on millions that he’s going to donate to climate change charities just to annoy his brother. If his brother dies before him, well, all the better for his mood.

“Celeste will deal with the details.”

Marcia is back with the strongest hand out of all of the Roys and uses it to position herself financially (congratulations to Marcia’s daughter) and slip right back into her spot in the sun. She didn’t make it off the jet with Logan for a photo, though, so Hugo better get that trust paperwork in order.

She’s already making suggestions (like wink, wink why not leak that your son killed someone in a car accident) but this would be the beyond nuclear option for Logan. Not to say he won’t get there, but he also helped cover it up, so he wouldn’t be without blame.

The most powerful donuts in the world:

What kind of donuts does one send to stop a family coup? Glazed is too simple, sprinkles too cheeky. You need a donut with gravitas, a serious donut. Boston cream.

Exposed in his loin cloth:

Trying to balance the romance ledger:

Maybe it’s because we haven’t seen a lot of him, but Tom seems completely checked out and has lost the shaky confidence he once had, especially as his entire baseline (being part of the family) is in question. It seems like he doesn’t even know if this is what he wants anymore, which is a huge internal crisis.

“Don’t threaten me Gerri, I don’t have time to jerk off.”

Is anyone, through their actions, more devoted to Logan than Roman? He seemed aghast that Shiv would even consider burying their dad. In the past, he’s walked back on a boardroom takeover (remember when he didn’t vote with Kendall after he said he would?). He killed Vaulter for fun. He tried to get his dad shady money and got kidnapped.

Gerri advised Roman not to side with Kendall (which it seems like Roman was leaning towards anyway), a self-serving move but also good advice as Ken and Roman would need Shiv. What he doesn’t know is that he’s hooked himself up to someone his father wants to use as armour for Shiv. Gerri is supposed to take the brunt force of everything that’s coming so Siobhan’s silk blouse doesn’t get wrinkled, but she doesn’t know it. (Or maybe she does, and hasn’t revealed it yet. She probably knows Logan as well as one can.) Where does that leave Roman? How long can he hide under the covers with mommy?

He lost the room in his own house:

Kendall came close…. SO CLOSE. But every time he’s had a slim opportunity to take over, they have blocked him with as much vigor as Logan has. It’s a family tradition at this point. His siblings might not even want to be CEO, but they don’t want him to be CEO. And not allowing him to take over means that they don’t recognize him as patriarch and top dog, and that’s where the anger comes from. In these choppy waters, Kendall should receive the information with calmness and keep working on them. Instead, he immediately gives into his worst instinct and gets personal and ugly, much like his father does. When the Roys go low, it’s subterranean. Telling Connor he doesn’t matter, Roman he’s a moron, and Shiv she only counts because she’s a woman. Kendall said “teats” far too many times (one time is too many times). 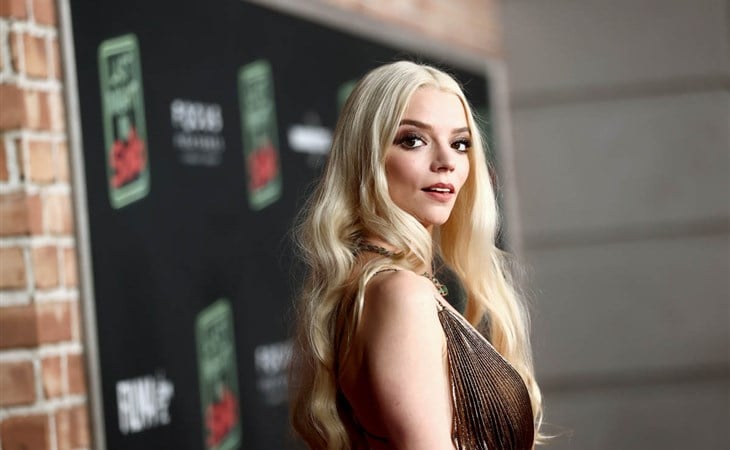