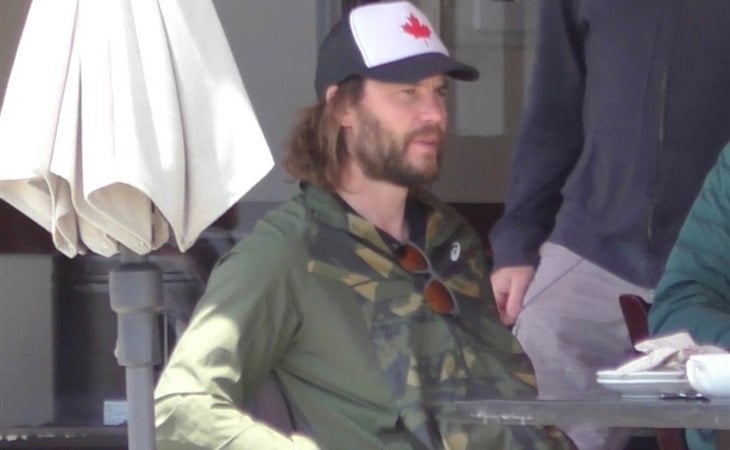 In the previous post about Chris Pratt’s new movie, The Tomorrow War, which has nothing to do with Canada, I made it about Canada because it sounds like they’re playing our national anthem in the trailer. The Tomorrow War comes out July 2. Chris, meanwhile, is already at work on another movie, The Terminal List, also for Amazon Prime. It’s a military action thriller, and Taylor Kitsch is in it too, although yesterday must have been an off day because he was photographed at lunch with his friends, wearing a Canada hat. Seeing his hair like this made me wonder about his character.

In The Terminal List, Chris plays a Navy SEAL whose platoon gets ambushed and he starts to suspect that he’s being set up. Taylor is his best friend, a former SEAL who is now in the CIA special forces and tries to help Chris figure out what went wrong and why. In real life, as the Google has just told me, Navy SEALs have to keep their hair short and their facial hair to a minimum. That tracks with what Chris looks like now. Are CIA paramilitary operatives allowed to grow their hair? I’ve just spent a few minutes researching “CIA Ground Branch” which is what Taylor’s character is a part of. It all sounds very secretive and dangerous and now I’m worried that just by Googling it I’m on some kind of list. If that’s the case, hello CIA, I am not a spy, I’m just here writing a gossip column and talking about a man’s hairstyle. Can you please confirm if Ground Branch operatives are allowed to wear their hair long while doing missions? This is all I want to know, I swear, I’m not actually interested in whether or not the program actually exists. But I did just read Buzzfeed’s 2018 report, not that you would even talk to me about that anyway. Bye.

Taylor’s last role was in a series called Shadowplay, released last year. Back in October, he told The Hollywood Reporter that he’s interested now in more “indie” projects and that may be why he’s kept a lower profile the last few years, as he’s increasingly selective about his work. He directed a film called Pieces that he’s trying to get financing for so there could be a side benefit too of taking on big roles like this one opposite Chris Pratt which is a story we’re not unfamiliar with. These are the kinds of opportunities that can support the passion projects. 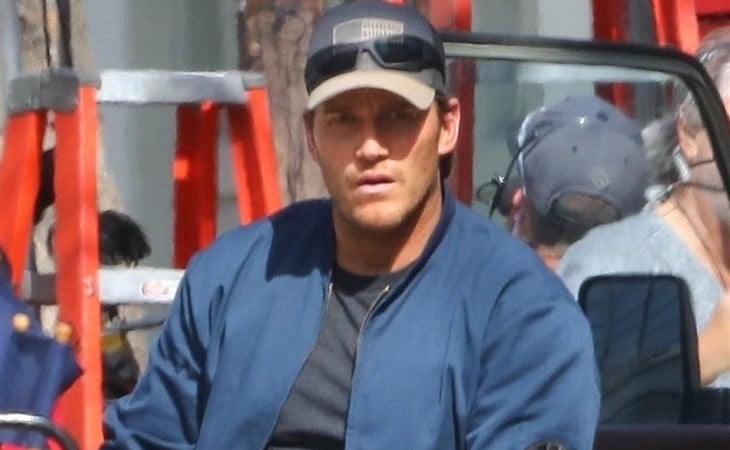