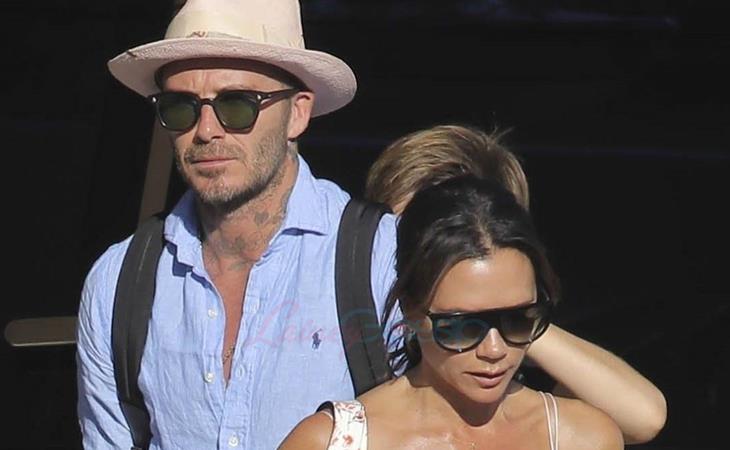 Do you go on holiday during the summer? For some, it’s convienient because of the school schedule. And there’s a general slowdown in August – emails get returned later, three day weekends get turned into five day weekends. It’s a mental slowdown, so why not a physical slowdown?

Italy has been the hot spot this year, which isn’t unusual. The Clooneys (obviously), SJP and Matthew Broderick, Jessica Alba, Kate Hudson, Karlie Kloss (with Harry Styles on DVF’s yacht), the Carters, Bradley Cooper and Irina Shayk, Leonardo DiCaprio, and Will Smith and Jada all passed through at some point.

The Beckhams have been on holiday since Harper finished school in July. You could say that it actually started a  little before that, when David and Victoria flew to Paris to celebrate their 19th wedding anniversary and she held David’s hand and David held his wine glass.

First stop: Croatia (some reports have it as Montenegro?) for beach days and pool slides and Victoria teasing David about his swan floatie.

They then spent a good chunk of time in LA, doing their California things: tattoos, haircuts, sushi at Nobu and movie nights. Brooklyn was the designated driver (which, as Lainey pointed out, he probably loved it).

That’s a solid holiday, right? A family holiday. But that was the warm up for Indonesia, where they took cooking classes, watched local dancers, stayed in what we can assume was a super swank villa and basically were adorable – the kids passed out from jet lag in the same bed and played spoons at the table. They also met up with  old friends, the Ramsays, for Tana’s birthday.

Now, to relax from their summer of fun, the Beckhams are on a yacht in France with Uncle Elton and David Furnish. We can assume the children are there (Metro UK reports that the entire family was spotted having lunch with Elton and David, along with their two children.) Six kids on a boat sounds like a lot, doesn’t it? Obviously the families have separate quarters, but even for a really massive yacht, that’s a lot of energy.

(Between Indonesia and France, I believe the Beckhams went home and David posted a bunch of stories about making them dinner at their country house, but I didn’t save the stories.)

As the summer winds down, Beckham watchers can no doubt say it was a successful one for the family. To quote our site manager Emily about the latest photo, “They’re touching each other! Sort of!”

David keeps a heavy travel schedule for himself during the year (sometimes he brings Brooklyn along) but this was totally and completely family time. Because they run multiple businesses, David and Victoria probably worked while they were away. I wonder if they took time to reassess the brand, and the strength of it right now.

David had a sloppy spring, with the silly social media rumour, and his relationship with Simon Fuller being in the press, and his milquetoast social media tributes to his wife. He is the one who, in terms of the Brand Beckham, hasn’t been pulling his weight.

After this long, a very silly and unbelievable social media rumour shouldn’t get away from them like that – there were months of headlines (even from reputable publications) that the Beckhams were shaky. David especially became a point of focus because, for whatever reason, he chose not to gush about his wife. When you’ve been a very public romantic unit for 20+ years, and you’ve led your post-football career with that, it’s hard to just disentangle and do your own projects, which is now what I think he was trying to do. And it seems like he was being pouty, or maybe even defiant, about it.

Victoria has successfully reimagined herself as a fashion designer – no matter what happens between them, she has that. Her line has nothing to do with David. But for David, everything he has right now is built on a foundation of him being a family man. Would audiences want, or accept, a single David Beckham hanging out Chiltern Fire House? Would he still be, in basic parlance, “goals”?

But let’s not worry about that right now. You don’t go on four vacations with someone you are divorcing, even if you are the most consciously uncoupled couple in the universe. They are, going into fall, on solid ground. No jinxing. 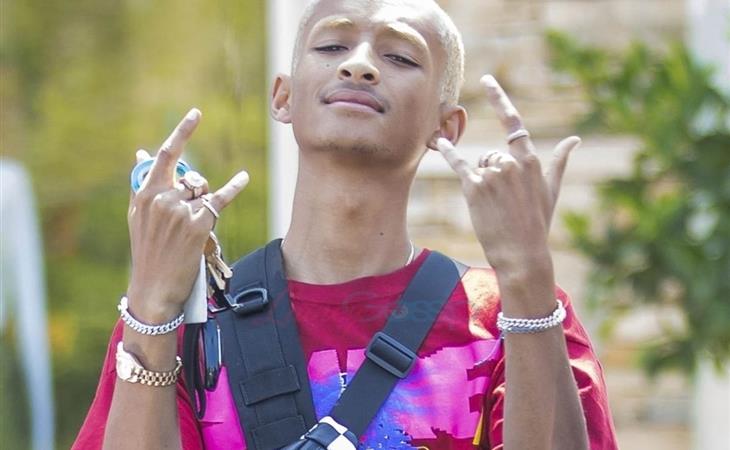