Lupita Nyong’o is on the cover of Allure’s March issue. The words “The Culture of Hair” are emblazoned across an image of Lupita rocking braids wrapped in small jewels and beads.

Hallelujah, indeed. Lupita also uses the word “refreshing” to describe this feature in Allure. I’ll add “relatable” to that description. Last week, I wrote about the hashtag #WhatBlackPantherMeansToMe. People are tweeting about the importance of Black Panther, not with abstract, hollow buzzwords but with personal, profound anecdotes about what seeing this film means to them. One of the many things about Black Panther that got me emotional was the hair. Natural black hair is on full display. Danai Gurira’s Okoye and the Dora Milaje all have shaved heads. Letitia Wright plays Shuri, a princess with braids and Lupita Nyong’o is the stunning warrior Nakia, who also happens to be T’Challa’s love interest, and her hair is gorgeously styled naturally, sometimes in “Wakanda knots.” You’ll know the Wakanda knots as soon as you see them. I’m hoping they become as iconic as the Princess Leia Buns and that little girls and grown ass women alike will be annoying our hair dressers with requests for this style for the rest of the year. “Wakanda knots” was coined by Camille Friend, the head of Black Panther’s hair department.

In an article in The Cut by Ashley Weatherford called “Black Panther Is a Beautiful Showcase for Natural Hair”, Friend explains why it was so important to her that every single actor wore their natural hair in this film. Remember, Wakanda is an African nation that has never been colonized. In this fictional, wonderful world of Wakanda, there has been no white European influence. Whiteness is not the default or the standard. The long, straight hair that North American pop culture has prioritized and glamourized is not what is deemed beautiful in Wakanda. The queens, princesses and warriors in Wakanda do not rely on relaxers or hot combs or irons to achieve their beauty.

“There’s no press and comb in this movie. No relaxers, no nothing! That was one of the things that I really was firm about. I requested that people come with their natural hair. People were like, “Are you sure?” and I was like, “Yes, I am sure!”

When Friend says that actors asked her “are you sure?” about showing up with their natural hair it’s because in most cases, on most movie sets or auditions, black actors are told the opposite. What Lupita Nyong’o tells Allure about her relationship with her hair throughout her childhood is, sadly, too familiar for too many little black girls.

“I didn’t love my hair when I was a child… I was really kind of envious of girls with thicker, longer, more lush hair. In my tween years, I started begging my mother to have my hair relaxed.”

Lupita goes on to say that her mom finally let her relax her hair and after she did, Lupita says she, “felt a lot more acceptable.” Lupita Nyong’o grew up in Kenya. Even in an African country, there was shame attached to natural black hair. Still, natural black hair is deemed unprofessional and inferior. I haven’t worn my hair in a full natural style, without the aid of extensions or relaxers, in years. I had my hair in natural twists last year but I added some length. Listen, black women can do whatever the f-ck we want with our hair. If we’re wearing weaves or relaxing the sh-t out of our hair, it doesn’t mean we hate ourselves (find me a bottled blonde who hasn’t died her hair in years). But I know that some of my hesitance to rock my natural hair does link back to the shame I felt as a kid growing up in a predominately white space who looked up to Tyra Banks, Whitney Houston and Beyoncé, with their straight wigs and weaves.

I go back to this quote on black hair by Melissa Harris Parry often:

“If we allow our hair to simply grow out of our heads in its natural state, most people will assume that we are making a social and political statement.”

There are political statements in Black Panther that I’m sure I’ll be writing about a lot for years to come but its commitment to natural hair doesn’t have to be political. In Wakanda, natural black hair is normal and beautiful. To watch that play out on screen is radical now but hopefully, soon, it will just be ordinary.

Lupita Nyong’o’s key personal hairstylist is Vernon Francois. He created all the looks in Lupita’s Allure cover and photo spread. This is what he said about the inspiration behind the cover:

“Lupita and I wanted to show that coil-y or kinky hair has many strengths and can be worn in lots of different ways, celebrating its beauty and versatility.”

There’s another key reason why Black Panther’s embrace of natural hair is important. Versatility is not a word you hear often when non-black fashion or beauty magazines talk about black hair. I used to make excuses about not wearing my hair naturally by saying things like, “I just don’t know how to style it!” or “I don’t know what to do with it!” There is not only one way to style natural black hair. Obviously. The natural black hair movement on YouTube has proven this but have magazines and pop culture followed its lead? Camille Friend came up with five different distinct looks for the five tribes of Wakanda. She styled everyone differently but similarly strikingly. There is so much style inspo in this movie that places blackness at its center. This shouldn’t be an anomaly. And after Black Panther, maybe it won’t be. God, this movie is already doing THE MOST. I can’t wait for the world to see it. 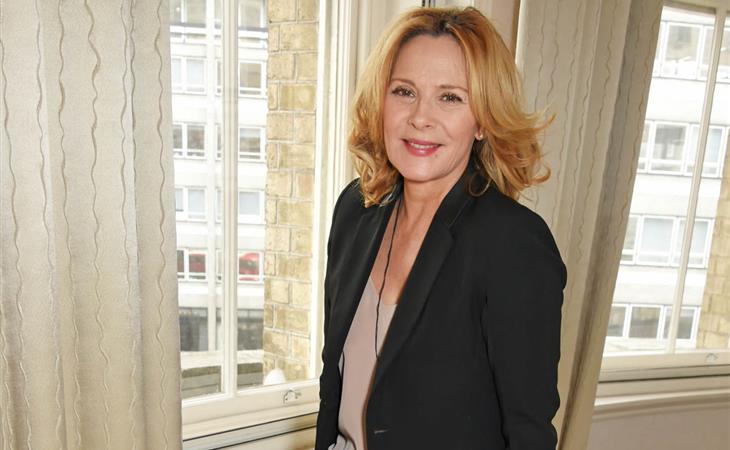