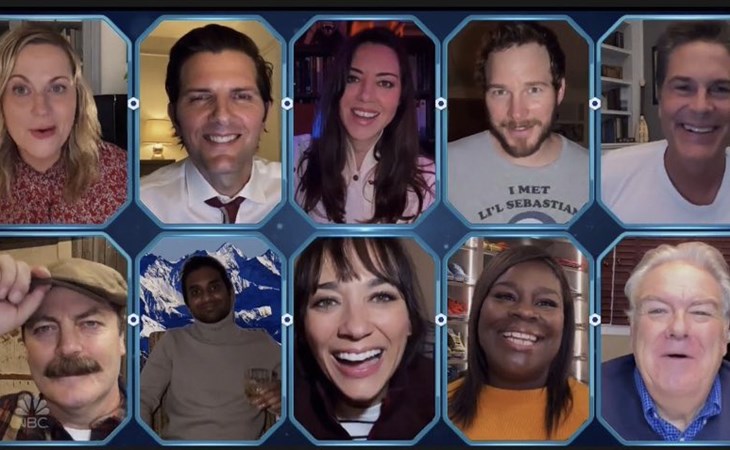 Parks & Recreation Reunion was Perfect – And Not Enough

Last night’s brand-new, shot-from-home reunion episode of Parks and Recreation was the first time in a long while that I can remember sitting down to watch something live, on broadcast, as soon as it was released (that’s not counting the number of times I’ve refreshed to see if there are more episodes of The Last Dance – who even am I anymore?)

The episode was a fundraiser, complete with donation matching, for Feeding America, which felt on-brand for ‘do whatever I can, and then some!’ Leslie Knope, and her band of ‘I guess we have to because she says so’ co-worker-friends. The show didn’t have to do a lot of legwork to explain ‘where we left off’; in fact, it felt like no time had passed, either for our characters personally, or culturally and politically.

That’s indicative of the whole episode, which was exactly on-brand – Parks and Rec was always a show based in character humour, which is part of the reason why this episode worked so well. Everyone on that show is a highly-tuned archetype, and having them appear onscreen entirely and completely themselves, and utterly unchanged due to time or the pandemic, felt intensely comforting. They’re the same! We’re hanging out with our friends! In fact, if they’d decided to do an episode like this back in 2014, because Pawnee was infested by killer ladybugs or something, it would have played out almost exactly the same way.

It’s worth noting that Parks and Rec is a show that’s probably uniquely suited to this format. The characters are so well-established, and their non-work lives were so critical to their development over the years, that we could have guessed what they’d be doing in quarantine, and to a one, they were doing just that: Ben’s in a nondescript room looking nondescript, obsessing over Cones of Dunshire; Ron is in a workshop shed, obviously; Andy’s also in his shed, albeit not by choice; while April plays drums in an ominously dark room; and obviously Donna would be in an impeccably colour-coordinated closet (fans of Retta’s Instagram have gotten sneak peeks at her incredible homage to her clothing before).

Character-wise, it was perfect, right down to Jerry (Gary!) struggling with filters long after that joke was played out everywhere else on TV. Which makes sense, because while I think many viewers were delighted by guest spots from Paul Rudd and Megan Mullaly, among others, I squealed the loudest when I saw that it had been written by no fewer than seven of the show’s longtime writers. I am a nerd.

In terms of an authentically Parks and Recreation story, this was spot on – right down to the Lil’ Sebastian singalong that was supposed to be hilarious but wound up being unexpectedly heartfelt. 100% accurate. Production-wise, it was as good as it could have been; creator Mike Schur explained what was involved in Vanity Fair.

Obviously we’re pretty used to the scope of self-produced from home content by now, though hair and makeup artists, as well as other craft professionals, should take heart in the knowledge that they were definitely missed. Adam Scott’s (wet? gelled? greasy?) hair was rebelling, Aziz Ansari’s lighting wasn’t great, and the thing that pulled me out of the show more than anything else? We were definitely looking at “Amy Poehler hair and makeup”, which we’ve seen on red carpets and events where she clearly asserts that life is too short to f*ck around with straightening irons, as opposed to Leslie Knope hair and makeup, which, like everything else Leslie does, is exceedingly efficient.

But look, I’m not a monster – those tiny production growing pains or quibbles have nothing to do with why I said this special episode ‘wasn’t enough’. It was amazing to see all our friends again. It was delightful to know they hadn’t changed… but it was also kind of a lie, I think.

Parks & Recreation ran for 7 years because people responded to its indefatigable positivity as well as its humour, and I don’t think it should change its DNA or anything, especially not just for one episode. But the headline in the Vanity Fair piece I linked above is ‘The Parks and Recreation Reunion Is Not The Future Of Television’, and I couldn’t stop thinking about it the whole time I was watching.

A fictional visit to Pawnee, Indiana, the stablest place on earth, was a welcome escape – but I found it unsettling that even that stability can’t continue, as per the Vanity Fair piece:

“Is there anything about this that points the way forward for TV production? The answer is a resounding no for me,” Schur said. “This is not the way TV is supposed to be made.”

What? How are we supposed to deal with that!? He meant, I think, that it was too far away from the creative form of TV, but also spoke to substantial production hurdles. And as someone whose career is entirely based on the promise of on-set production, I absolutely understand and agree – this isn’t how it’s ‘supposed’ to be done.

But as a viewer looking for something that’s consistent when nothing else is, the idea that even this stripped-down version of TV comfort food can’t continue was surprisingly chilling – which is probably a delayed, spoiled person’s reaction to our new reality. Of course, he said that before the show aired last night, and I’ve deliberately not looked at reviews, but maybe the overwhelming affection for something that feels familiar and safe will mean they’ll try again?

Look, nobody wants this to be our new normal. I crave a proper wide shot with eighteen people in the frame as much as the next guy. I’m not saying I don’t want to go back to the way things were. I’m just saying it was nice to pretend, for a little while, that we could, at least in the fictional world. 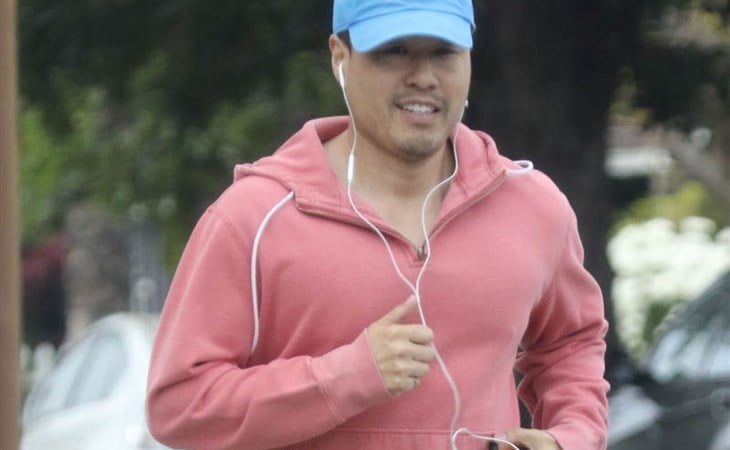 For Your Fitness: Pilates by the Ocean (or wherever)