TMZ broke the news yesterday that Ben Affleck and Jennifer Lopez were in Montana together in the days preceding Mother’s Day, pretty much confirming that Bennifer 2021 is indeed a reality. Shortly after, the Daily Mail published photos of the two of them driving around town and private jetting back to LA. A timeline for Bennifer’s situation is now becoming clear. Let’s start with this trip:

It was on April 30th (Ana de Armas’s birthday) that the paps first shot Ben and JLo, separately, being driven around in her SUV. That was when it emerged that he’d been spending time at her place in LA. Two days after that, they were both at the VAX Live event, taking the stage one after the other. So that was Sunday, May 2nd. And now we know that shortly after that, they took off to Montana for almost a full week, alone. That is not just a “friends catching up” thing. That is a THING thing.

And now we’re getting all kinds of source reports from PEOPLE and E! about what a great time they had there together and their “strong connection” (translation: the HEAT!) and how JLo wants to “give it a shot with Ben” because “they never really had closure and she has always wondered what could have been”.

Right. But how did it start, like this time? Considering that there’s no Gigli…

Before we get into that, let’s talk about how this Montana trip got put out there because it’s related. There are, certainly, some pap shots coming out of Montana but, like, I’m sure I don’t have to tell you that it’s not exactly a paparazzi hangout on the regular. So that’s something to consider. It may be that the pap agency that secured these shots was tipped off – perhaps by someone at the airport, perhaps by someone at the resort – but when you consider the detail that TMZ is bringing with their latest report on the leadup to this reconciliation, there may be other moves in play.

According to TMZ, Ben started love-blasting JLo over email in February, when she was in the Dominic Republic filming Shotgun Wedding. (I will lose my mind if these two shotgun a wedding, like I may never recover.) Interestingly, February was around the time that the rumours about Alex Rodriguez sliding into Madison LeCroy’s DMs started circulating.

So, basically, Ben saw an opening and decided to shoot his shot.

Which means that when he made those comments in InStyle about her – LIKE I SAID – he was indeed putting up a Bat(fleck) signal!

“Our sources say the emails also referenced J Lo's love for Ben's writing, and included a line about him being able to "own her heart" with his pen.

We're told they continued emailing each other, back and forth, for the duration of J Lo's shoot ... which wrapped in late April.”

TMZ is not the Daily Mail or the Sun or In Touch Weekly or even Us Weekly – these are specific details, like quoting actual lines from emails. So they’re getting this from someone inside, someone very close to either Ben or JLo. So to go back to those Montana photos…

Is this a rollout? Were those photos part of a rollout? Remember, when JLo and Ben were first photographed on April 30 separately but in the same ride, she had the f-cking window rolled down on the SUV!

There’s a timeline being established for us. JLo didn’t get off the plane from the DR and tell Ben to meet her at her place out of the blue. Clearly they’d been communicating for several weeks, getting closer and closer…and WHILE ARod WAS ON THE ISLAND WITH HER!

Remember, after the mess over Madison LeCroy, JLo and ARod released a joint statement saying they were working on their relationship, and he flew there to spend time with her. And now we know, while he was there, Ben Affleck was sliding into her DMs, as a manner of speaking, and building a new chapter to their love saga. How ‘bout them apples?

More on Bennifer coming up…. 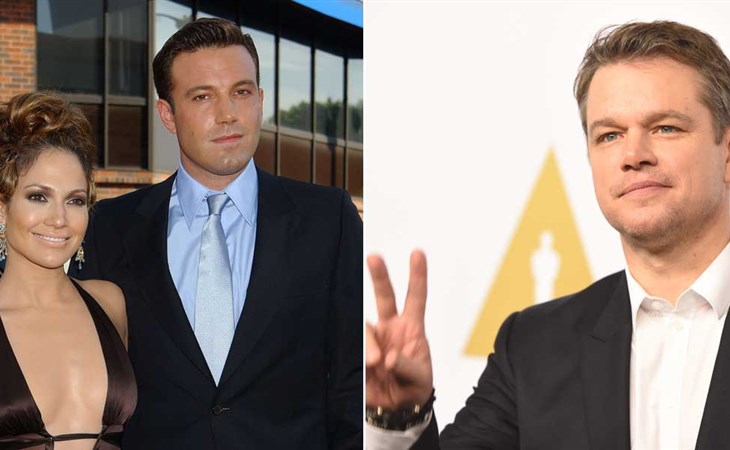