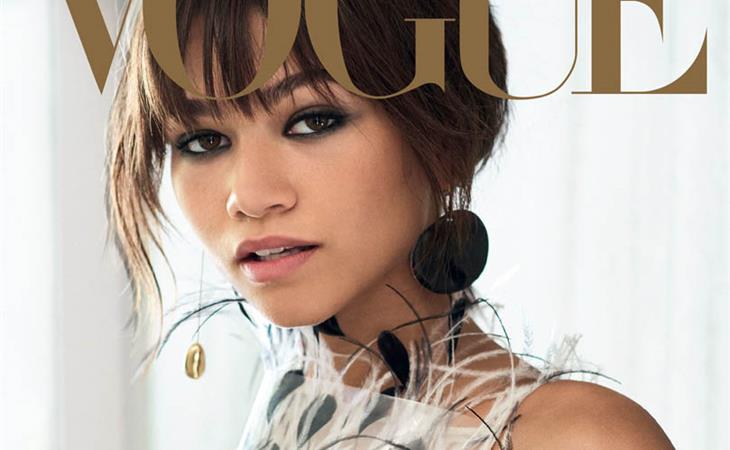 Not all Vogue cover stars are created equal. We've written multiple times on this site that to be on the cover of Vogue, if you are black, you have to be a billionaire or the First Lady or an Academy Award Winner or Beyoncé. You have to be extraordinary. If you're white, you get to be a mediocre actress promoting a crappy movie. See Jessica Biel, Sienna Miller, Blake Lively.

Zendaya is July's Vogue cover star. Zendaya is not by any means mediocre, but she's also not Oprah. She is, as the kids say, on the come-up. Young girls of a certain age adore her but to those uninitiated in the world of Disney stardom or the fashion pages of Teen Vogue, Zendaya is not exactly A-list… yet. She is, however, very deserving of a Vogue cover. I'll take Zendaya, the "actor, activist and it girl" with 42 MILLION Instagram followers over Jessica Biel any day of the week. Spider-Man: Homecoming is Zendaya's first feature film. I can't think of another black celebrity who landed a Vogue cover for her first film. Not to give Vogue too much credit here but to me, this is progress. I say all of this just to say we were all really f-cking excited to see Zendaya looking stunning as usual with VOGUE emblazoned above her head.

The feature highlights one thing that turns us all on here at LaineyGossip: work. Zendaya has put in WORK to become an insanely successful Disney star, feature film actress and fashion darling. That work ethic comes, in part, from her father. Zendaya and her father (who seems like the coolest dad ever) recall a meeting with Disney Channel execs about her hit Disney show KC Undercover. Then, it was just an idea and Zendaya was just 16 years old. As Zendaya and her dad tell it, she walked into that room with a list of demands like changing the show’s title, making sure there was a family of colour at its center, that the character had a new name (she was originally named Katy), and that she was a “brainiac” and “socially awkward, not a cool kid.” She also demanded to be a producer on the show. A 16 year-old Zendaya was bold enough to demand her worth.

“A lot of people don’t realize their power,” she says. “I have so many friends who say yes to everything or feel like they can’t stand up for themselves in a situation.” She is now pounding a fist on the dining table at Soho House. “No: You have the power.”

Zendaya is incredibly powerful. There are the aforementioned millions of followers and there’s the fact that she owns her influence. She doesn’t shy away from being a role model that many of the young starlets who came before her did. Vogue recalls the moment Zendaya made international headlines for clapping back at Giuliana Rancic for her insensitive, loaded comments about Zendaya’s dreadlocks at the 2015 Oscars. It was a turning point for Zendaya. She turned a racist comment into an empowering and relatable statement to black girls everywhere who have had to deal with bullsh-t and obtuse comments about our hair. This coupled with the Disney exec anecdote makes it apparent that this is a girl who stands up for herself. She’ll do it eloquently and forcefully. And she’s only 20 years old. I’m obsessed with her.

Yesterday, Lainey wrote about the inevitable “style porn” that Zendaya will give us during the Spider-Man: Homecoming press tour. Vogue gives some behind-the-scenes details on the work that Zendaya and her stylist Law Roach put in to her red carpet looks. They are calculated and strategic. It requires a lot of thought and effort. Fashion is work. Until recently, this is the secret Hollywood has tried to keep. You wouldn’t hear a stylist and their client speak so freely about the premeditation that goes into each look. Zendaya and Roach say that they are always trying to create, in his words, a “mo-ment.” Roach says Zendaya’s looks are “supposed to be polarizing” and “everybody’s not supposed to like it.” YES. Can they send this message to every other star in Hollywood?

Zendaya’s next project is The Greatest Showman with Hugh Jackman and Zac Efron. She is going to slay all day on a trapeze while Efron’s character falls in love with her. I just got really excited for a movie starring Zac Efron. Zendaya may be wrapping up KC Undercover soon and she’s thinking of developing a project about iconic activist Angela Davis. So, this is her first Vogue cover. It’s not going to be her last.

Finally, remember when I nerded out over Zendaya’s performance on Lip Sync Battle? Here’s what host LL Cool J had to say about Zendaya that ends the Vogue piece and is the perfect summation of why Zendaya will be covering Vogue for years to come:

You can read the full feature here. 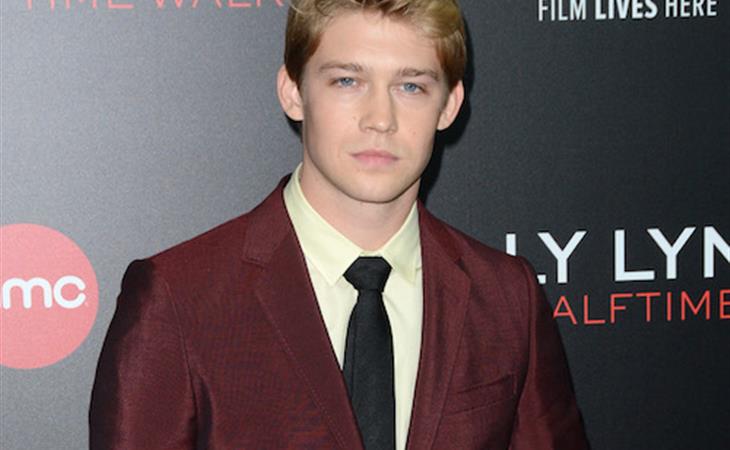 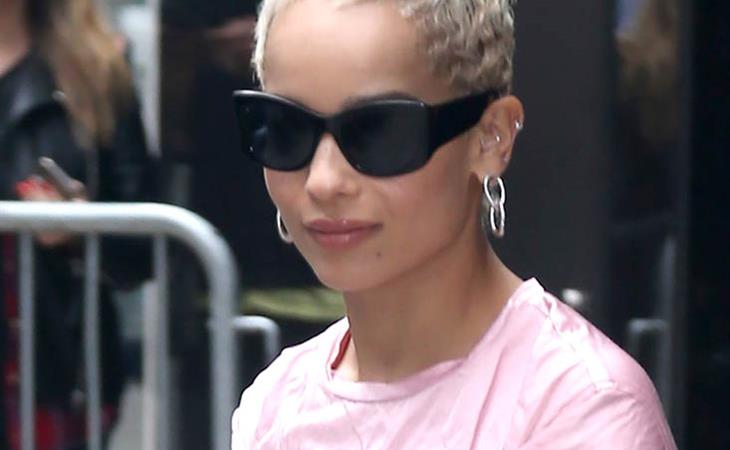