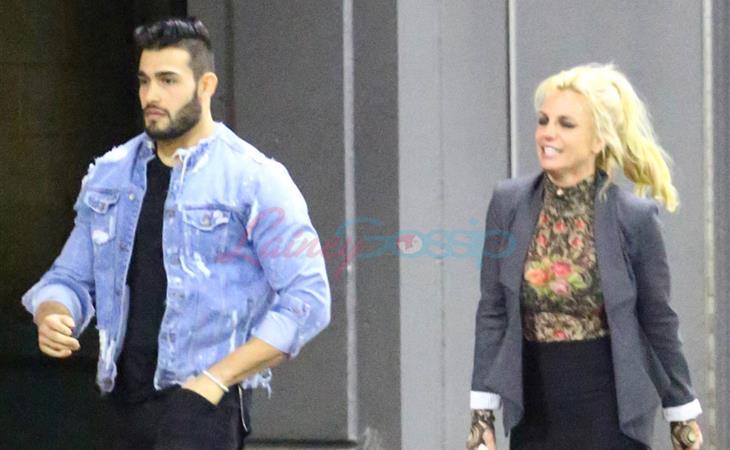 Britney Spears has been single for over a year. Until now?

Britney went out a few weeks ago with Sam Asghari, the model from the Slumber Party video. Back in November, after they had dinner, Sam posted a photo to Instagram that he ended up deleting. Why bother at this point? What are the chances that a posted-then-deleted photo is gone forever? 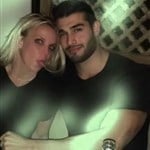 On Sunday Britney and Sam were papped when they went out again. Sources tell PEOPLE that it was their third date and that “they’re just getting to know each other”. I hope so. Because Britney has never known how to go slow in a relationship. What’s your Photo Assumption telling you about this situation? That shot of him standing in front of her? It’s kind of intimate, non? It’s protective-possessive. She would love that sh-t, of course she would.

So…who is Sam? I have just spent some time on Sam’s Instagram and here are some of my conclusions:

Sam is very goodlooking in the face.

Sam works out a LOT. This scares me a little because he has that neck to shoulder triangle thing that sometimes scares me. This is an example:

Got to get what we came here for, it takes time but it'll be worth it 🙌

A photo posted by Sam Asghari (@samasghari) on


See what I mean? Shoulders typically go straight across. Unless, of course, you’ve developed very sophisticated muscles. Sam obviously has sophisticated muscles. Basically he’s jacked. Which I know is a turn-on for a lot of women and gay men. This is not my personal preference and it’s probably my personal flaw. I find it really…over-stimulating. When a guy built like Sam is standing in front of me, I don’t know where to look because there are so many muscles to look at. The muscles short-circuit my brain.

Are Sam’s muscles the reason why he’s wearing a denim jacket with the collar cut off? A denim jacket is a pretty perfect piece of clothing. Think about how long it’s lasted, all the decades it’s been through. It does not need to be modified to exclude a collar. I am holding this against him.