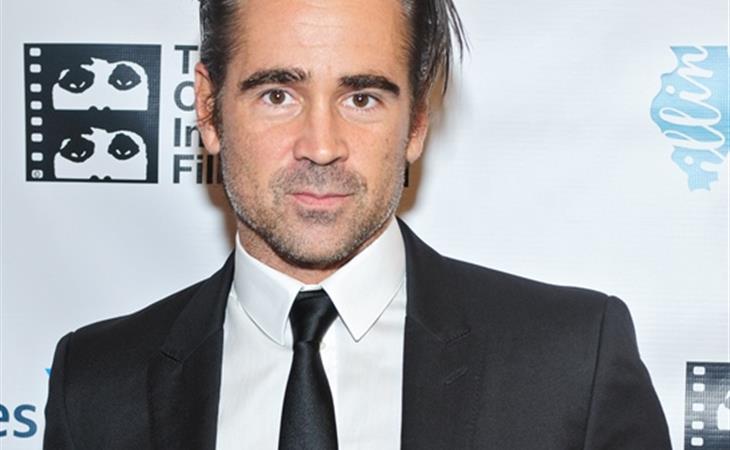 The Chicago International Film Festival kicked off last night, and over the next couple weeks I’ll be reviewing some festival season stragglers, beginning with the opening night film, Miss Julie, which blew chunks. But first we need to talk about Colin Farrell, who was on hand along with writer/director Liv Ullmann to introduce the film.

I told Lainey there was a chance I might get to see Farrell beforehand and she warned me, but I didn’t listen. Sure, I scoffed, naïve and unknowing, I’ve seen hot actors before. I can handle Colin Farrell. Haha—I was so young then. Because the truth is, Colin Farrell is AMAZING in person. I understand now why Lainey was always so fixated, even though he is, according to a friend, “kind of a turd” (see also: Your Voice In My Head). I got a chance to meet Liv Ullmann, who is elegant and interesting, and even she—once the muse of Ingmar F*cking Bergman!—lit up like a rocket when Farrell entered the room.

It’s the voice and the accent and the hair and the eyes and the EYEBROWS and the walk and no he’s not that tall but who the f*ck cares have you heard him speak?! And so charming and friendly but not smarmy and he doted on Ullmann, and then later at the screening, which was running late, he was funny and diffused everyone’s temper at the delay. He’s intensely charismatic and insanely hot. Colin Farrell is The Sex.

Miss Julie, however, is not The Sex. It is hilariously bad. About two-thirds of the way through the movie I was wondering how I was going to write a positive review of it, and then it dawned on me that I can’t write a positive review of it because the movie is terrible. And that bums me out because I was actually looking forward to this one and wanted so badly for it to be good. But it is not good. It is bad.

Ullmann adapted the script from August Strindberg’s play and its theatrical roots show throughout. You would think that adapting plays for cinema is easy—they both start with scripts—but it’s actually really hard. Plays adapted for film can often have a stilted, artificial feeling, and that’s definitely a problem for Miss Julie. Much of the movie feels acutely theatrical, with actors making loud, banging entrances and exits just as if they were walking on and off stage. (Seriously, watch a play and notice how many times a character enters a scene by opening or closing a door.)

There’s an off-screen mob which is heard but never seen, and while that sort of constraint is understandable in a theater, where space and often money are very limited, there’s no reason not to actually show the rabble-rousers on screen. Similarly, though the setting is an Irish country estate, the film only makes use of a few sets. Again, understandable for a stage production but not a cinematic one. The effect is ugly and oppressive, with the viewer as desperate to escape the kitchen just to see something different. Ullmann probably could’ve directed a helluva stage production of Miss Julie but her film version is miscalculated to the point of unpleasantness.

The staginess gets in the way of the performances, too. Jessica Chastain stars as Miss Julie, the bored and unhappy daughter of a baron, Colin Farrell is the valet John, and Samantha Morton is Kathleen, the cook. At various points they are each effective, especially Morton, who brings real dignity to her performance, but again it’s like they’re acting in a theater and projecting to the back row, not performing with a camera two feet away from their faces. Everything is big and loud and over the top. There’s no subtlety and by the end everyone is so hysterical it becomes farcical.

Ullmann uses long, static takes, allowing the actors to monologue uninterrupted, which should work on paper but the end result is boring. One of the best scenes occurs early in the film and features John arranging some flowers while talking to Julie. It’s just such a relief that someone is DOING SOMETHING in that moment. What works on stage doesn’t necessarily work on film—they’re completely different environments requiring different output from directors and actors. Miss Julie is an actors’ piece and it has moments of good actors engaging in good acting, but the sum total of the film is oddly graceless. Actually getting away with murder 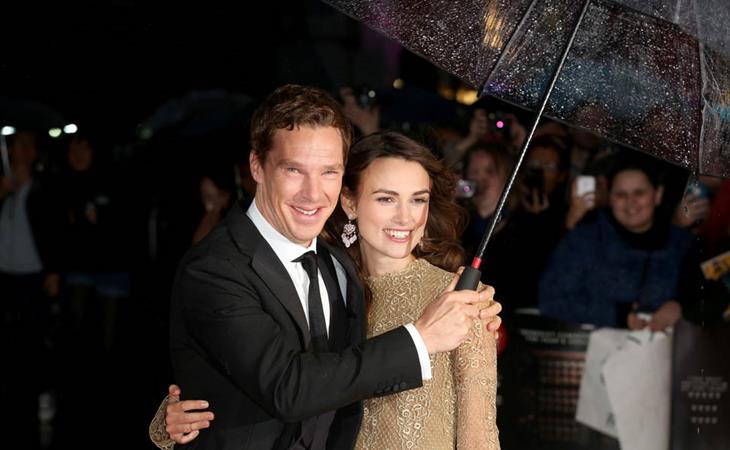 Beautiful British people looking beautiful (and British) in the rain