I’m So Many People

The first thing I thought I wanted to write about where last night’s Mad Men was concerned was that Peggy was a complete and total brat. But then I started to think about it. What constitutes a brat? I guess a person who storms in somewhere wanting their own way, then slams doors and hangs up telephones and kicks trash cans until they get what they want, making everyone else miserable in the process.

That’s everyone on this show.

Nobody, save for maybe Ted Chaough or Dawn – and we’ll get to Dawn – is in the habit of thinking before they speak, of considering others’ feelings, or of pushing down their emotions because it might make someone else feel awkward. It’s just not the way. Partly it’s not the way because swallowing your stuff on TV is deeply boring, but also, it just doesn’t occur to anyone to do this. To do anything other than point out how deeply annoyed you are all the time.

I mean, Pete Campbell is the most glorious example of this. I don’t think I’m alone when I say that the words “Shut Up, Pete” have not been uttered in my house for a very long time. It’s a brand new day.

But partly that’s because Pete is so far away from prying eyes that he doesn’t need to posture and perform anymore. He is straightforwardly in pursuit of his goals, which right now are accounts, not Ted’s office, and Bonnie, in about that order. He doesn’t have to front like having people over to the house for dinner is a big deal – he doesn’t even have to front like he’s not totally having sex on his desk. Ted Chaough don’t care!

The result is the best and probably most reasonable Pete we’ve seen in a while. Yes, he went off on the partners’ meeting, but frankly, probably someone had to. His tantrums are more focused and less likely to have someone vulnerable in his crosshairs. Partly that’s due to the logistics of the situation – Dee in the LA office is so many things that she doesn’t have the luxury of going to cry – but partly it’s because so many of his tantrums were for show. Why does he have to worry about how he embarrassed himself in Detroit when Detroit is so far away? Wining and dining was always just a little difficult for Pete – isn’t it great that now he can have business breakfasts instead? There’s the little matter of Bonnie not being at his beck and call, but even then, Pete has no idea what to do about it – so he does nothing.

In a way, it’s kind of Joan in reverse. She doesn’t know what to do, so she does everything – never realizing that maybe she doesn’t have to. The story starts so small, when she’s told, in the partner’s meeting “Don’t you dare go after him”. Don’t you dare cater to Roger Sterling’s tantrums, that isn’t your job anymore. Not as a partner. It’s hard for her to remember though, just as hard as it is for her to remember that she doesn’t have to take any crap from Lou Avery.

I mean, maybe she does. I watched that scene where he barked at her and Dawn in awe – how does he get to talk to a senior member of the staff this way? But to him, she’s just the personnel girl, just like Dawn is just a desk girl. No amount of titling will change that, he’s just too old and too much of a dick. I mean, the best part is how angry he is that Sally showed up at all. He knows he’s caught in the middle of something. He shouldn’t care that he’s letting the cat out of the bag, but he does.   Sucks, being Lou Avery.

And so he gets to be furious at Dawn and Joan, gets to treat both of them poorly so that he feels better in the moment. That’s not Harry Hamlin’s style (come on, does anyone really know his name?). We spent a few minutes trying to decide the right word for him and came up with “blithe”. When he says to Joan, “Let me know what you decide”, he thinks he knows but really doesn’t care what the answer will be. If she chooses the opportunity to be an account man, great. If she doesn’t, fine. Joan knows this and jumps on it. The fact that she doesn’t blink when Roger points out that decisions happen without his knowledge is growth on her part. The personnel manager has to worry about little vibes, little worries about whether or not Roger (or Bert Cooper) is being kept happy. An account man doesn’t.

And so Joan’s good fortune is Dawn’s good fortune. I said in the Game of Thrones review that I didn’t want to grow attached to some endearing characters lest they be killed, and I basically feel the same way here. Not only is Dawn smart and conscientious and a great assistant, she’s also clever and kind of funny. Note the “Dawn and Shirley” joke between the two assistants (or secretaries, I should say) – they’re well aware of how they’re seen, which is to say not at all. But while Shirley might be bothered by it, Dawn’s too busy to let it bother her. She’s moving on up, and even though I’m looking the gift horse in the mouth – that double-doored office may be more trouble than it’s worth – she isn’t. This is the best thing that could have happened, and she and Shirley have a real-life permutation of their joke to boot, since they shuffle desks and it’s unlikely anyone will notice.

Peggy will, and will feel bad about it, but I have little sympathy. Or I do, I suppose:  the only reason Peggy even had time to worry and fuss about something as trifling as flowers is because she’s not doing any work, because Lou Avery doesn’t let her.   This doesn’t sit well with the image she has with Stan (and a very snarky Ginsberg) of the crazy work-obsessed cat lady – if you’re going to be a workaholic you should at least have the success to show for it. She doesn’t, so rather than address it, she’s worrying about all the other things that are wrong in her life. It’s almost as if her mother is over her shoulder all the time – Lord knows Ma wouldn’t be worried if Peggy started to work less. This season seems determined to keep her away from the action (and man, am I ever itching for an actual work campaign) so these are the things she has to worry about. Is that that see-through ceiling again, Peg?

Which brings us to Sally. Arguably a giant brat, right? But on the other hand, she actually doesn’t do the worst thing. She doesn’t scream and cry and accuse her father of being a horrible person; instead she just adopts that cold, teenager-in-isolation thing that I could never quite accomplish. Because she has respect for her father’s dignity, if grudgingly. Isn’t that an amazing thing? The idea that as a teenager you realize that someone else has the right not to be embarrassed by the embarrassing things in their lives? Where did she learn that? At the hands of Betty, we guess.

But Don looks at her as he drives her back to school and all of her emerging adulthood appears in front of him in seconds. The little girl who cut her hair, the one who saw Megan’s mother and Roger, the one who saw him with the doctor’s wife, the one who suffered living with Betty for years on end – and now, suddenly, the one who can tell, without him having to say so, that L.A. and Megan are a combination that’s too much for him to bear. It’s heartbreaking and charming at once. I thought that if Sally was asked about her dad – if he died, like Sarah’s mother (and of course there are many signs pointing that way) she’d say “He did his best”. What does he know about bringing up kids? Think about the fact that Sally told him, re: her excuse slip, to “just tell the truth”. The role reversal!

Don’s in a bigger role reversal than just with Sally, though. He’s suddenly dating other agencies, and his trademark brusqueness won’t work. No brattiness here, he has to be light on his feet and constantly charming if he wants to keep the various ad men interested. It’s clear that he isn’t used to it – it’s also clear from what he tells Sally (“I behaved badly”) that he knows exactly what he did wrong, and how to fix it.  The question is, where? When? He’s throwing down the gauntlet to the other agencies but still hoping he gets called home.

You can tell, by the look on his face when Sally says she loves him. Sure, he could go anywhere else. He could be a father to baby Gene or Bobby, or to new babies Megan will have when she gets too old for television, in approximately 4.5 years. But you kind of want him to do the right thing at home. He wants to do right by Sally. He wants to do right by SC&P. He wants to be the man he started off being, even if he’s not sure who that is anymore.

“I’m so many people.” How can Don possibly help her when he’s only figuring that part out himself?

At the risk of pointing out the obvious – what a great episode. 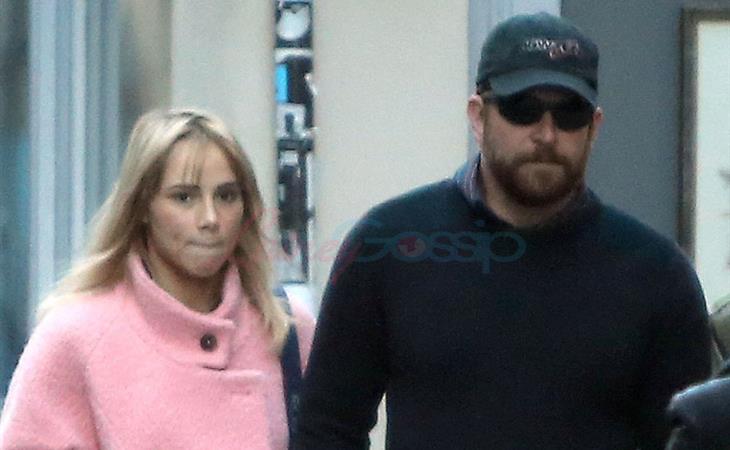 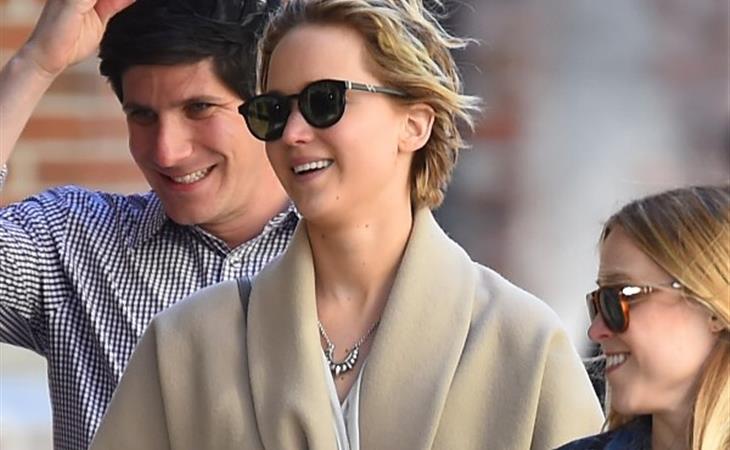