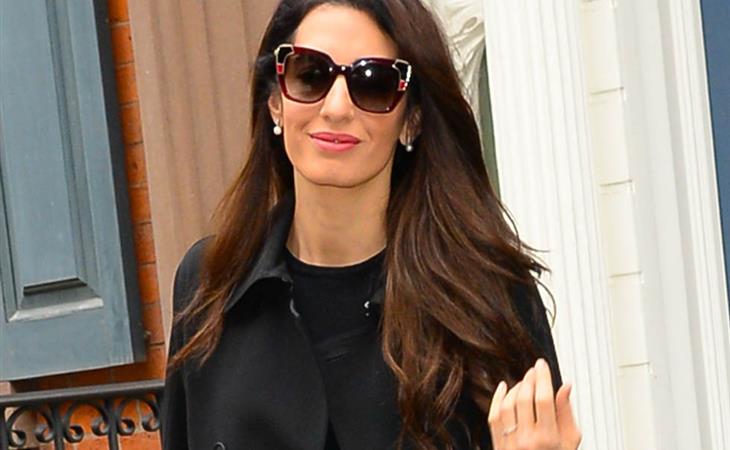 Amal Clooney has been in New York recently because she’s been co-teaching a Human Rights course at Columbia Law. Also she’s a Met Gala co-chair this year. Which is also why she covered Vogue this month. Last year, for the same issue, it was Katy Perry on the cover and she co-chaired the 2017 Met Gala. The year before it was Taylor Swift, the co-chair of the 2016 Met Gala. So this all fits into Amal’s schedule.

There was a mention in Amal’s Vogue cover story that she’s been working with a designer to finalise her Met Gala look. The theme is Heavenly Bodies: Fashion and the Catholic Imagination. Donatella Versace is the designer co-chair this year. And Amal has worn Versace before. She actually attended a Versace event last fall in vintage Versace: 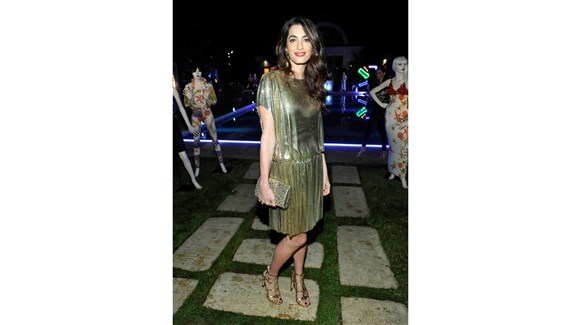 Was that our first clue as to what Amal might be wearing on May 7th? Because it actually does start that far in advance.

Vogue.com posted an interview today with stylist Elizabeth Saltzman (ranked #2 on THR’s 2018 Power Stylist List; she styles Gwyneth Paltrow and Saoirse Ronan, among others) about the Met Gala dress code and how she works with her clients and the designers to create the looks we’ll see that night.

Saltzman starts to receive calls from designers a week after the Met Gala has been and gone, quizzing her on “who’s cool?”; “who will be interesting in a year’s time?”; “who will be a good fit for the brand?” It takes months and several offers before a designer and a celebrity are matched, as agents dance around potential contracts and financial agreements, while keeping friends of each brand happy.

A week! A week after the previous year’s Met Gala is when people start thinking about the NEXT Met Gala! So there’s a very good chance that if Versace is dressing Amal Clooney, they definitely would have been talking about it last fall, if not before.

Most designers host a table at the Met Gala. And, as Elizabeth notes, with every designer, there will be table politics, with everything under consideration, even down to the colour options:

There are other details in the article, like how Elizabeth has to balance a “fashion moment” with what’s suitable for each individual as it relates to the theme of the night. Every year during our Met Gala coverage, we bitch endlessly about the people who don’t adhere to theme – especially last year when the Costume Institute was honouring Rei Kawakubo and so many of the women showed up in the most boring sh-t ever. According to Elizabeth, it’s because “photographs live longer than the gala” and, sure, I get that. But also it’s not 1995 anymore. We live online. We live on Instagram. Most of the people paying attention to this sh-t understand now what happens at the Met Gala. Every dress now has its own 8 page archive on a google search.

Over the last few years, one name has become synonymous with Met Gala amazingness – and you know who it is. It is… Rihanna.

Rihanna too is one of the co-chairs for 2018. Rihanna also stars in Ocean's 8, a film about a group of thieves who steal from the Met Gala. Rihanna is not going to f-cking worry about the photographs living longer than the gala.

Rihanna is going to be hanging out with Amal and George Clooney. I can’t wait to see that photo. 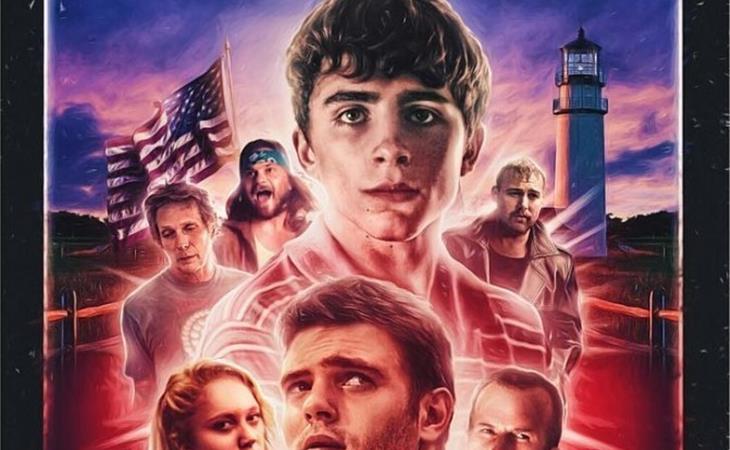 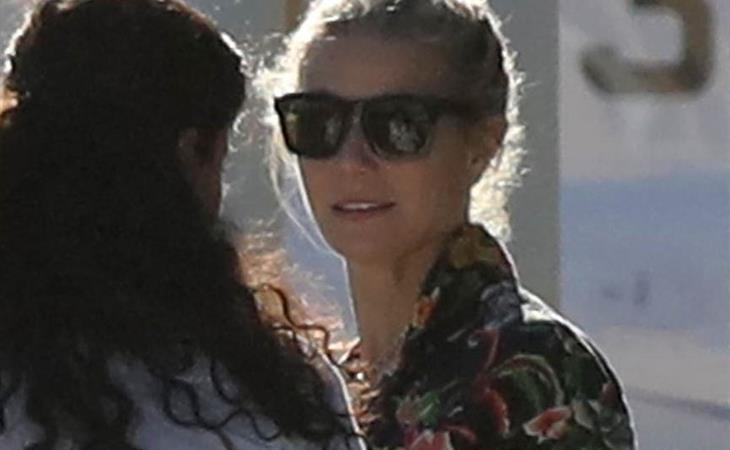