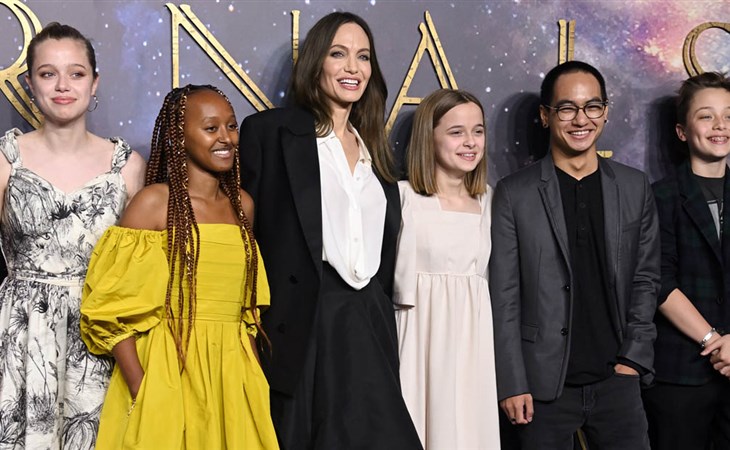 As expected, Angelina Jolie attended the UK premiere of Marvel’s Eternals with five of her children. Earlier this week, four of her youngest were with her as she promoted the movie in Italy and also fit in some travel school, and now we know that her oldest, Maddox, also made the trip. So we’re getting a sequel to the Hollywood premiere last week when they all joined her on that carpet and her kids have become a fashion story unto themselves.

Let’s start with their mother, the star, who’s been flexing some style range on this press tour. In Hollywood she wore that strapless, khaki Balmain, an elevated sack dress, which I loved:

Here in London it’s back to fashion-forward: Valentino Haute Couture, a suit jacket with white shirt on top and a voluminous skirt on the bottom. I LOVE this look and it might be my personal favourite of the three:

As I mentioned the other day, Angelina is working with stylist Jason Bolden now, and so far their collaboration has been excellent. Still, no matter what she wears… it’s this face!

I mean she’s a legendary beauty but lately there’s an extra glow to her. It’s happiness, right? Happiness when she’s with her kids?

Now to the kids…

Vivienne, in keeping with the sustainability them, re-wore the same off-white dress she had on in Hollywood. Zahara’s look is my favourite because that colour pops so beautifully on her and the sleeves and the neckline are so flattering.

Last time in Hollywood, both Zahara and Shiloh upcycled from their mother’s closet, repurposing an Elie Saab gown and a Gabriela Hearst dress respectively. Shiloh’s upcycling again – here’s Angelina back in 2019 on the Maleficent: Mistress of Evil press tour:

The Dior dress has now been shortened for Shiloh who, to me, keeps getting taller and taller by the day. And now that we know that Angelina’s children are dipping into her fashion archive, there’s a new fun celebrity style game to play: which looks are coming next? Which looks should come next? I already mentioned last week the infamous Versace Jo-Leg dress. But there are so many others. And some with major significance.

Like another black Versace – the one she won her Oscar in:

And I’m pretty sure we all remember this one – Angelina in black leather at the Hollywood premiere of Mr & Mrs Smith:

Is every archive piece available to the kids? Or are some off-limits? 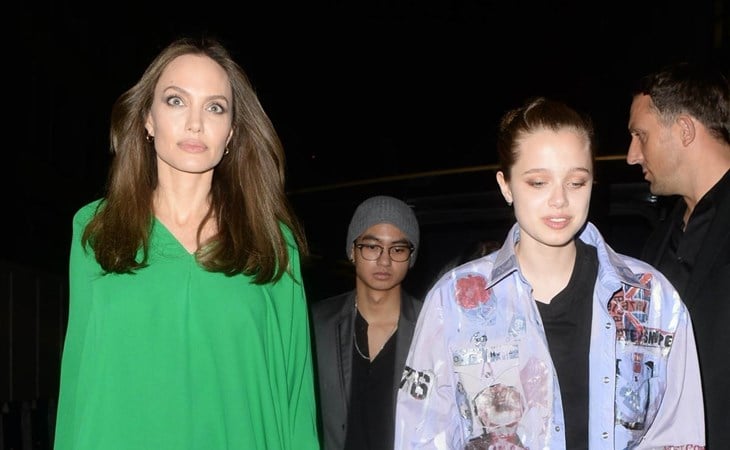 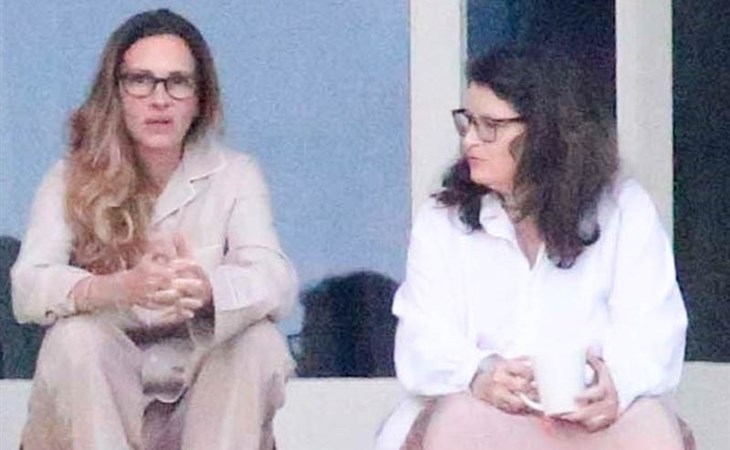