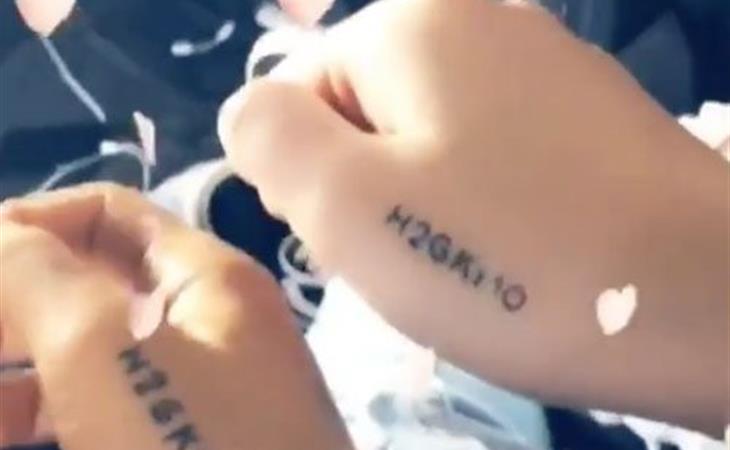 Ariana Grande and Pete Davidson perform a love gesture. We’ve seen them bond over Hogwarts. We’ve seen him tell us how she made his dreams come true. There’s a ring to prove it. And the tattoo count keeps getting higher and higher and higher. There’s a new tattoo that’s been added to the list. Just in case you don’t believe in their permanence. I really, really do believe in them. There’s no doubt in my mind that they want this to be IT for them. I want this to be IT for them too. I’m just old and I know that life is a piece of sh-t sometimes. (Dlisted)

Alicia Silverstone is on the cover of Redbook and, again, she has not changed since Clueless. If you told me this was a shot from the time when the movie came out, I would believe you. Do you feel the same way I do about her mouth? I’ve always had a thing for her mouth. When she talks I can’t stop looking at her mouth, like in a good way. It’s really, really sexy. (Go Fug Yourself)

What is with the makeup on princesses these days? Meghan Markle’s unblended bronzer and blush situation has been a problem lately. And now Princess Serene Charlene’s eyeshadow and lip connection isn’t quite working either. Beyoncé and JLo’s teams can help with this. I mean, I’m sure they’d take the call, you know? (Cele|bitchy)

YES! I took the Gilmore Girl Quiz and got the best, BEST possible result. Which is Emily Gilmore, OBVIOUSLY. I really don’t know what I would have done if I ended up as Rory. Sorry if you’re a Rory. That said, I’ve only seen up to the end of season 5. Maybe Rory gets more interesting. (Buzzfeed)

What are your thoughts on body glitter? I didn’t think I would be into it. And I’m still not into too much of it. But when it’s just a hint, on a tan, like a dusting, God it’s sexy. Like self-sexy. When I’m looking at my shoulders with some of that sh-t brushed on, I want to eat myself. Is this vain? (The Cut)