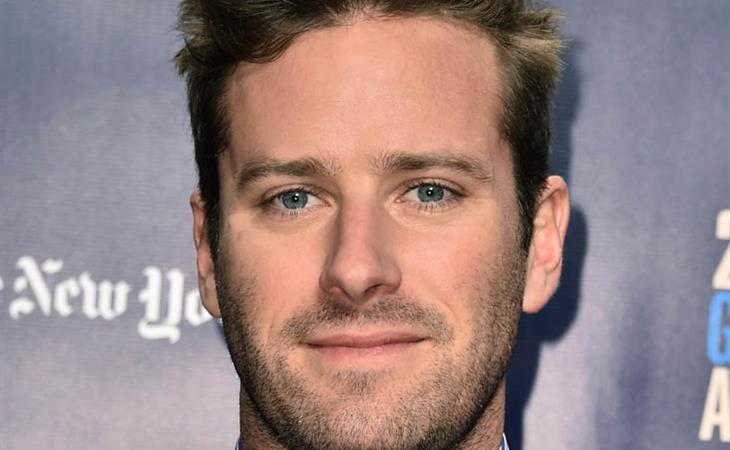 Armie Hammer is amazing in Call Me By Your Name. It’s the best performance of his career. Call Me By Your Name just won the Gotham for Best Feature Film last night, improving its chances at being included among the Best Picture Oscar nominees. So… this should be a great time to be Armie Hammer, right? Right?

Last week, Armie Hammer was featured in The Hollywood Reporter. Unlike his interview with Vulture a couple of weeks ago, this was not a good show of his work. Armie spoke sensitively about his relationship with Luca Guadagnino and his immersion into the role. For some reason, that sensitivity turned into sullenness in his interview with THR. It wasn’t just the way he fumbled his response about Nate Parker and Casey Affleck (I think the point he was trying to make was not that their situations were the same but that Casey Affleck totally f-cking coasted through the entire Oscar process last year), it was the whole tone of the piece. What was the tone? Well, my takeaway from it was: Armie Hammer, up to now in his career, has been the victim of bad luck, poor Armie Hammer.

Um. When has Armie Hammer even been poor?

Read the THR profile here if you haven’t already because it will give you some insight into what happened next. Which is that Anne Helen Petersen did a deep dive on Armie for Buzzfeed called Ten Long Years Of Trying To Make Armie Hammer Happen. Because, yes, Hollywood has been trying to make Armie Hammer happen for a decade now. Meaning that Armie Hammer keeps getting chances. Because the Armie Hammers of the world always get their chances. Which, IRONICALLY, is kinda the criticism he was making about Casey Affleck, non?

Armie Hammer did not appreciate the Buzzfeed piece. And he shared that with us on Twitter. 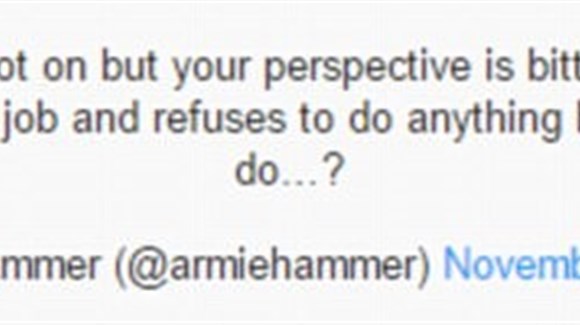 But he did bother. And it bothered him. So much that… he ended up CANCELLING HIS TWITTER. Remember, this is a guy who very effectively clapped back at James Woods a few weeks ago when James tried to come for CMBYN. Which led to Amber Tamblyn calling out James Woods for creeping on her when she was a teenager. Armie Hammer is good at Twitter.

The one time Armie was bad at Twitter? He quit Twitter! He packed up his toys and went home.

Which is now what all the headlines are about – Armie Hammer deletes Twitter. Over one article that interrogated his privilege. Seriously. This is what happened. AHP writes about Armie’s privilege, Armie gets into a snit about it on social media, Armie stomps his feet and shuts down the party. I mean….

This is not a good look.

On so many levels! You know what we were consumed with yesterday? Not Armie Hammer. It was a royal engagement. That’s what had much of the internet’s attention. If Armie had left it alone, we would have kept on paying attention to Harry and Meghan, and a few people would have noticed AHP’s article, but they would have moved on. You don’t have to be a publicity expert to have been able to figure this out.

Now though? Now Armie Hammer’s increased the drama on a situation that was almost drama-free. And at a terrible time for his film. Call My Be Your Name, after this weekend, has become the highest grossing film at the specialty box office this year. It just won the Gotham Award for Best Feature. And we’re here talking about how he was a baby because Buzzfeed was mean to him.

The good news? It’s only the end of November. There’s a long award season ahead. People will forget. And, as Anne Helen Petersen wrote, Hollywood is full of chances for Armie Hammer. 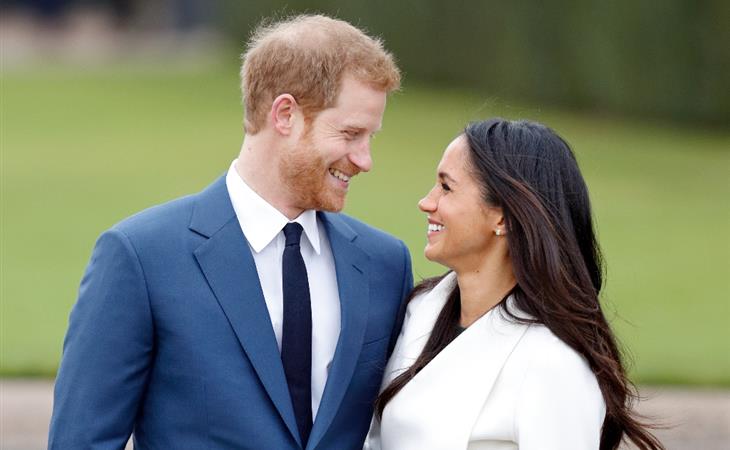 Harry gets what he wants 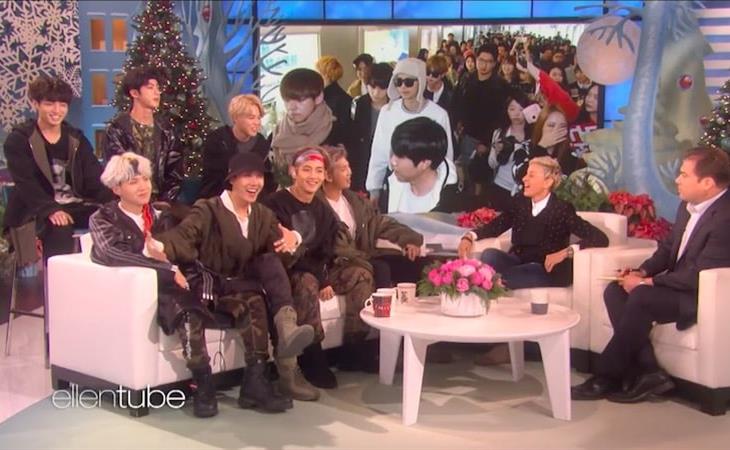