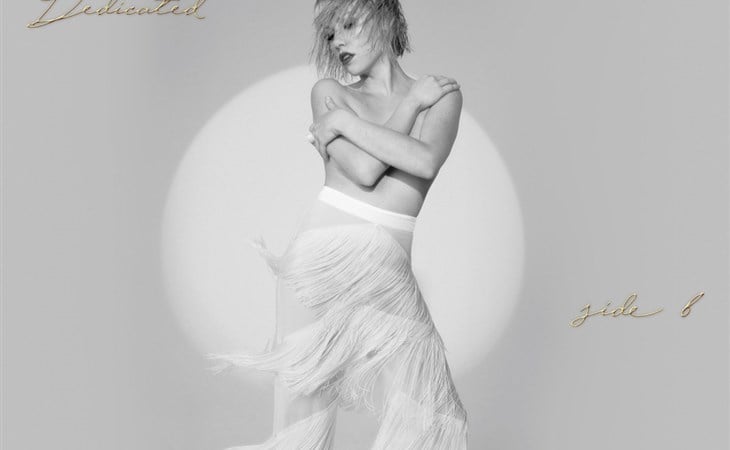 It’s a surprise album from Carly Rae Jepsen! Sort of. As Carly admitted in her tweet, she’s bad at keeping secrets. Which is why the (what do you call CRJ fans? Jepsens? Emotions? Call me babies? Hold on, I’m going to look this up….) jepsies have known about the arrival of Dedicated: Side B for some time now.

So, yes there have been whispers and I'm bad at keeping secrets. Side B for DEDICATED is out now babies. I hope it makes it yah dance your pants off! I owe yah one...or like two albums turns out. ;)

For the record, I love all of you.

I like Dedicated: Side B a lot. Even more than I liked the original album. It’s sonically more diverse, and it guides the viewer through a tighter emotional journey than its parent album. When I wrote about Dedicated, I thought it was good but not great. A year later, only two of the songs are still on my playlist. With Side B, I can already tell which ones are going to be permanent playlist fixtures. “Heartbeat” has me in my feels, “This Love Isn’t Crazy” has a spine-tingling drop, and “Now I Don’t Hate California After All” makes me still believe that we might have a normal summer. I also can’t stop dancing to “Fake Mona Lisa” and “This is What They Say”.

When Emotion: Side B came out, it was received well by critics, but it was also seen as a continuation of Emotion. Pitchfork noted that some of the songs seemed to be more like first drafts of the work for Emotion. We know that CRJ’s process is to make hundreds of songs and pick only a few to be on the album. Dedicated: Side B is an album in its own right, but it’s also made up of the offcuts from Dedicated. The honourable mentions of the process. The ones that didn’t quite make it. So why does it sound better?

I think there are two reasons. One is the hype. Like Lorde said in her letter, the anticipation can often be the best part. But waiting can also build expectation, adding pressure to the final work. Dedicated came four years after Emotion, and three years after Emotion: Side B. Jepsies were eagerly waiting for their queen to follow up her artistic success, and the pressure was on. CRJ also chose to release not one, not two, but four of the songs as singles prior to the album’s release. As I said then, “as far as building hype goes, I’m not sure revealing a quarter of your album prior to its release is the best way to go.” So Dedicated was simultaneously too hyped up and not hyped enough before its release.

Dedicated: Side B was a surprise (at least on paper). And it’s only been a year since her last album. (She was also featured on Y2K’s viral TikTok hit Lalala in a remix in October of last year.) That means that while the anticipation was low, so was the expectation and the pressure to succeed. Perhaps without that pressure, Carly was free to be more relaxed with the songs she chose for this album, choosing to be more daring and creative.

The second reason is coronavirus. CRJ is the master of channeling connection and feelings in her music. When you listen to a CRJ breakup song, you feel like you’ve broken up. When you listen to her singing about dancing by herself in her room, that’s what you end up doing. It’s like some sort of musical voodoo. Side B comes at a time when we’re all craving connection, touch, and relief. It’s a musical escape that takes the listener to a different time and place. When we’re all stuck at home right now, that seems like a pretty appealing thought no?