The best part of the new Avengers: Endgame trailer is right at the end, when Carol Danvers appears in a stare-down with Thor. This was Lainey’s reaction:

I AM FREAKING OUT AND OBVIOUSLY UNSTABLE.

Thor and Carol’s budding super best friendship deserves its own space. They are two of the most powerful Avengers, they’re both space people, they can both fly and have laser hands—they have so much in common, it is only natural they feel an instant kinship. Obviously, Carol’s life partner and BFFL is Maria Rambeau, but there is always room for more super best friends, and Carol deserves a super best friendship with the new, fun Thor. (Weirdly I also want her to be friends with Rocket.)

I also would not mind if they got their flirt on. I could low-key get into shipping Carol and Thor. Or Carol and Valkyrie. Or Carol, Thor, and Valkyrie. Let’s put all the hot space people together and see what happens. (This is a version of The Bachelor I would watch.) No one even missed a romantic subplot in Captain Marvel—honestly, most superhero movies are better off without it—and I’m not saying Carol NEEDS a romantic relationship, but also, would anyone be sad if Carol and Thor made out? NO ONE WOULD BE SAD IF CAROL AND THOR MADE OUT.

Superheroes are like extra-well-done Olympic athletes, and we all know Olympic athletes f-ck—the Olympic Village is famous for its condom supplies. By extension, superheroes also f-ck. (Except Captain America, the ninety-year-old virgin.) And of the Avengers, Captain Marvel f-cks THE MOST. But a close runner-up is new, funny Thor. (And Valkyrie. And Okoye.) I hope when the Avengers inevitably split up to take down Thanos that all the superheroes who f-ck get into one spaceship, and the boring sad ones go off in another one. Then make the whole movie about the superheroes who f-ck saving the universe with the power of their omni-sexual energy. Honestly, this is the way to sell Endgame, show us Thor and Carol becoming super best friends with the tagline Superheroes who f-ck unite. 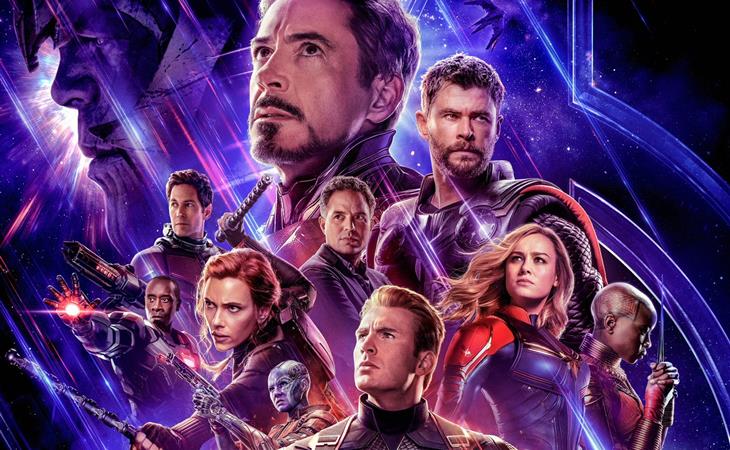