Anne Hathaway will always give it her all, which is a very underappreciated thing. How many Oscar winning A-list actresses would do this? And enjoy it this much.

anne hathaway is a theater kid, you will never beat a theater kid at these types of games (even if you are the untouchable kelly clarkson) pic.twitter.com/FQiopkySqQ

Lainey covered Sandra Bullock today and I also had her on my list because when I read the headline about her being embarrassed about one of her past films, my guess did not line up with Sandra’s reveal to Too Fab. My pick from her catalogue is All About Steve, which also stars Sandra and Bradley Cooper. So bad, I have no clue how they muddled through it. It has a 6% rating on Rotten Tomato, which is pretty generous.

Again, Lainey and I must be syncing our cycles because I also had Camila Morrone on my list as filming for Daisy Jones and the Six has to be wrapped or close to it. And while we all know Leo math, I actually think the thing that could imminently sink them is if this film is a hit for Camila. Leo’s bona fide history is a string of well-known models and a one-name supermodel (Gisele). Post-Titanic Leo has dated one actress publicly: Blake Lively, who was on Gossip Girl at the time (very famous, but not A-list). He is not known for falling in love on set or dating co-stars. It’s not like there’s a shortage of beautiful actresses and at 47 years of age, he’s for sure had the chance to date women in his field of work. For someone who always seems to have a girlfriend, it seems like he actively avoids dating actresses, no?

Orion Lee is the voice of Turning Red dad Jin Lee. Disney movies are an endless stream of collaborations and product placement and I do wonder why they haven’t captured Mr. Lee’s culinary skills into a cookbook? His dishes looked better than 99% of stuff on the Food Network. There should be a Disneyland attraction and instead of a ride, it should be a Lee Food Court. (But if they were going to make a ride, it should be shaped like a maxi pad.)

Reese Witherspoon is a long-time Dolly Parton fan so this collaboration makes complete sense. If Dolly was to ever trust someone with her biopic, Reese would be the producer to get it done as she has so much experience in that department (and won an Oscar for her part in Walk the Line). A great thing about the way Reese works is that she accepts when she’s not right for the part, like Amazing Amy in Gone Girl. She produced the movie, she wanted that role and David Fincher told her no. He was right. It’s not that Reese would have done a bad job, it’s just that Rosamund Pike was so perfect. (Also, it’s Reese’s birthday and she’s getting all the wishes, from a baby picture on Beyoncé’s website to Ava DuVernay.) 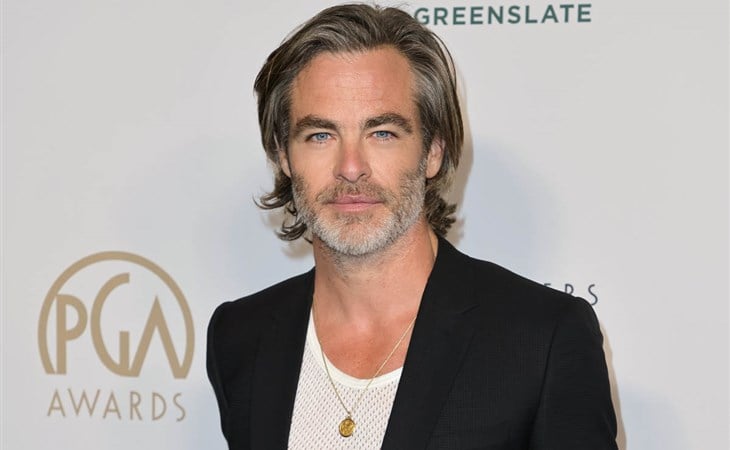 Chris Pine: A Trim and Mesh