As I mentioned in my self-quarantine binge-watching recommendations, I am currently bingeing The Vampire Diaries. I am now almost at the end of season three, and guys, I HAVE to talk about this show. I know I’m years late to the party, but this show is so bonkers I cannot keep all my thoughts inside. I’ve been talking to my cat for days about this, but she has no interesting in continuing the conversation, so now I bring to you, dear readers, all my thoughts and feelings about The Vampire Diaries.

I don’t care about the love triangle

Like most teen dramas, The Vampire Diaries revolves around a love triangle. At the start of the series, wet dish rag Elena Gilbert has recently lost her parents in a car accident, and in her grief, broke up with her childhood sweetheart, Matt. As a new school year begins, enter Stefan Salvatore, an eternal seventeen-year-old vampire who immediately falls in love with Elena because…because? A HUGE problem for The Vampire Diaries right out of the gate is that Elena is a TOTAL DRAG. This is nothing on Nina Dobrev, whose acting is, mostly, unobjectionable. She is doing her best. It’s just that this character SUCKS. I understand the setup, that Stefan’s interest is caught because Elena looks just like Katherine, Stefan’s supposed-dead vampire love from the Civil War. But why does everyone who meets Elena immediately fall for her? She is so BORING. Elena’s personality is just a series of confused faces.

The other point on this love triangle is Damon Salvatore, Stefan’s older, black-sheep brother, also a vampire, also formerly in love with Katherine. Duana recommended I stick with TVD long enough for Ian Somerhalder to “really start chewing on some stuff”, and it’s true, the more he gets to do, the better the show gets. Taking Duana’s advice, I skipped to the finale of season one and proceeded from there, which is the best way to watch this show. Season one is VERY frustrating, lots of moping and table setting and too much Elena. But season two shifts into more of an ensemble piece, and by season three it really takes off with multiple storylines and several characters much more interesting than Elena, including Damon. I don’t understand why he falls for Elena, either, but at this point, I have given up on understanding. I’m not really watching the show for the love triangle anyway. Really, I’m all about…

Watch for Bonnie and Caroline

THESE are the best characters on the show. Bonnie is a witch who is constantly saving everybody because she is the only capable person in her social circle. And Caroline is a newly-turned vampire who goes through some SH-T with her family. Caroline is hilarious and she gets more interesting with every episode, and I am now at the part where she is hate-flirting with the bad vampire, Klaus, and HERE is a love story I can get into. I don’t know if I’ll finish all eight seasons of TVD, because I tend to just get tired of things and move on, but I will stick with it long enough to see what happens with Caroline and Klaus.

Bonnie, though, as much as I like her, walks into some gross subtext with this show. Bonnie is the only main character of color, and she is a witch, something that is constant (so far) on TVD. Almost all of the witches we’ve seen are people of color. And pretty much all of them die. It’s not a great look. And it’s compounded in its badness by Bonnie’s ancestor, Emily, who helped Katherine back in the Civil War days. I say “helped”, but maybe Emily was a slave? It’s not clear. In the show, she is referred to as a “handmaiden”, but she is also a black woman in antebellum Virginia. Where else am I supposed to go with that? TVD wants nothing to do with these connotations, at one point blowing off the relationship between the modern-day townspeople and their antebellum antecedents with a casual, “This is the South, and no one likes to reminisce about the slave days.” What?! Did I miss the backlash to this, or did TVD get a huge pass for its frankly gross racial politics? I love Bonnie, and she deserves a lot better than the way this show treats her heritage.

It never should have been set in the South

I get that this is based on a book series and inherited its setting from that, but if you don’t want to treat the history of this fake town, which revolves so heavily on what happened during the Civil War, with any kind of dignity or meaning, just move it out of the South. It’s too loaded at this point for such a cavalier approach. In one episode, Damon is proud to be in the Confederate Army (truly, the WORST thing he’s ever done, and he’s murdered like 967 people), but a few episodes later we find out he’s deserted because of “morals”. TVD takes every opportunity to shortchange and dismiss its antebellum setting in a way that renders it meaningless. There is a version of this show where the generational pain carried by these characters is directly and meaningfully related to their experiences in the Civil War, but that is not the TVD I am watching. The TVD I am watching would be much better off for not being set in the South. The show doesn’t want to have anything to do with it anyway, so why not just change the setting? Spare us all the awkward references to the Confederacy, which never amounts to anything more than window dressing, anyway.

Weird Southern politics aside, The Vampire Diaries is SUPER binge-able. The soapy teen drama is VERY soapy and VERY dramatic. There are so many plots and plans and double-crosses, episodes fly by fast, and I always like a show with budget restraints trying to recreate historical periods. I genuinely like to see how the set and wardrobe departments deal with the challenge of staging scenes in Renaissance England with a ten-dollar budget. It’s the epitome of creative problem solving, and it is to TVD’s credit that their flashback scenes usually look pretty convincing. Even if I don’t care about all the characters equally, Bonnie and Caroline are great and season three, especially, is really bringing the Caroline goods to the table. I do recommend this for a binge, though I really want to talk to someone about the creepy romanticizing of the Civil War South. 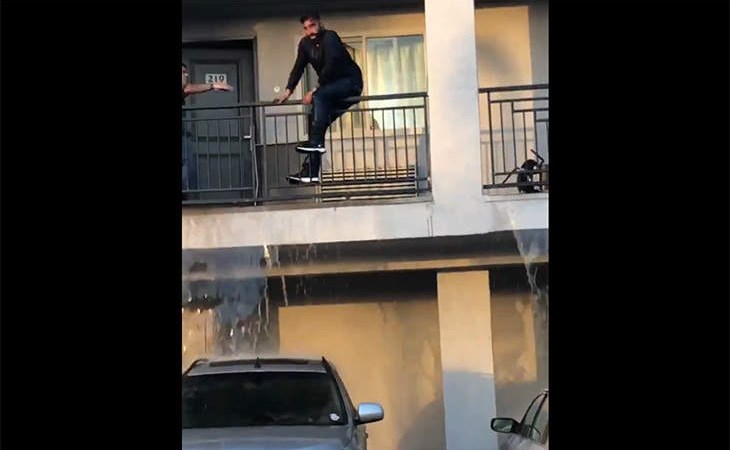