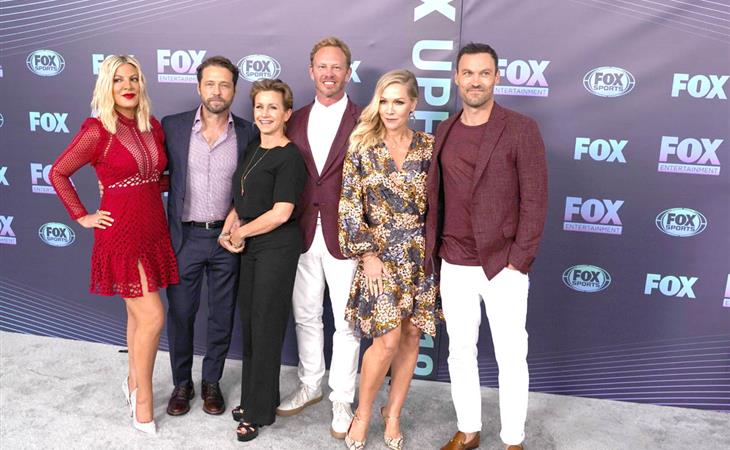 First reaction – pure, giddy tween joy. Second reaction – am I being an uncritical stan? See for yourself:

Maybe we should talk about the art of trailers on Show Your Work, because they can be very good or very bad, but when they’re good, they’re under-sung. Because this runs a whopping minute and 13 seconds, and it manages to:

1.    Reintroduce all of the characters, in their individual environments
a.    Point out that they all look great – like honestly, they’ve all been very very well preserved, right?

2.    Establish the tone of the show we’re going to see. We talked last week about how this ‘reboot’ is actually meant to be a sort of a mockumentary about these seven actors, playing themselves, while performing in a 90210 reboot. So in 1:13, they show us what their lives look like – at least within the show. Which is to say: Shannen Doherty is focused on meditation, Gabrielle Carteris has occasion to wear a blazer and leave the house early, Tori Spelling is making four pieces of toast, because, (with respect to Beyoncé) Tori Spelling has fifty-‘leven children, and yeah, Ian Ziering has that car. So they’re telling us where everyone is.

3.    Obviously psych us up with versions of the theme song, and also subtly tell us that 90210 has been following them around all this time, which is exactly what we want to feel, and …

4.    In those final shots of them walking to the camera, in silhouette and then in front of the iconic show logo, subtly pay tribute to Luke Perry, in the sense that if you knew the show at all, you can’t not process that they were once 8 and are now 7, and of course, given that the original ‘Brenda years’ ended 25 years ago, in 1994, it’s heartbreaking that he’s gone, but also speaks to the march of time… I don’t know. I felt it.

Overall though what this trailer does best is show off seven big smiles. They’re all delighted to be coming back together, so we get to be, too. People have been a bit confused about exactly how this show would work, but this trailer serves to tell us “you don’t have to be worried, we got this and you’re going to love it”.

They also released this video of a (totally fake, but that’s fine) table read of the first script, set to “It Ain’t Over ‘Til It’s Over”. which absolutely got me in the gut because you know I love an overly-poignant song lyric. What’s extra great about it is that they’re wearing the same wardrobe as in the other trailer, so they ‘go together’, in the sense that they were all apparently beaming in the longer trailer because they were getting ready to head to the table read.

I am very excited about this. And I called it the ‘trailer birthday’ because that’s what people say, and because I love the expression when it refers to a book birthday (hooray Ziya!) but also because…

August 7 is MY birthday. This show is a gift to me, and there’s nothing my tween icons could have done for me that’s better than running into this show full voice and full swing. I appreciate the advance notice so I can plan the festivities, and I’m now pretty sure my birthday is starting with a viewing party. You want to come? 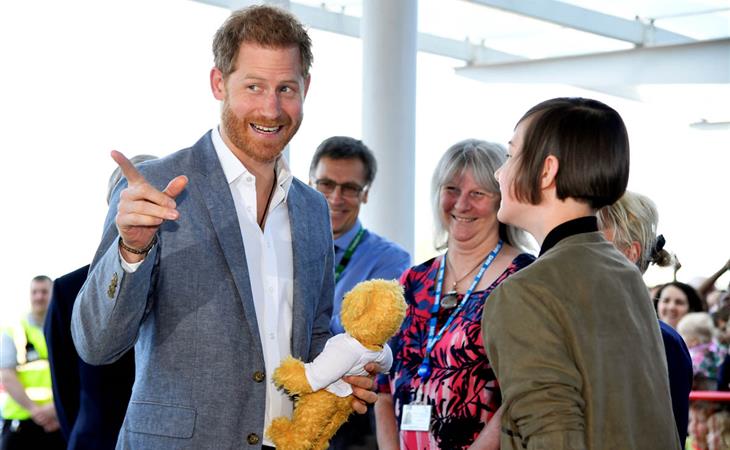 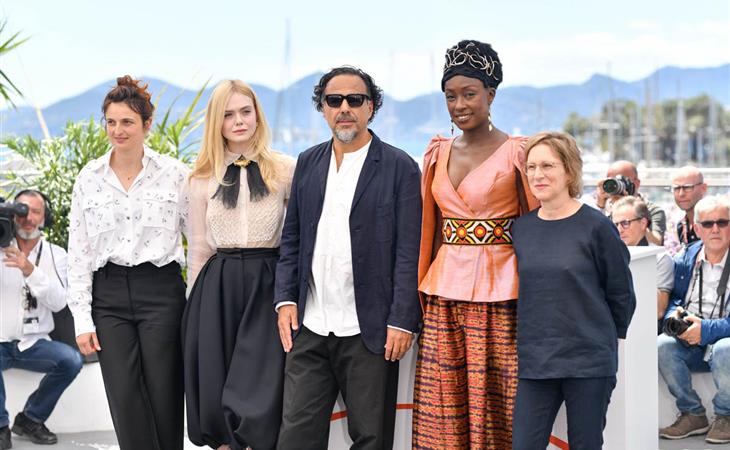