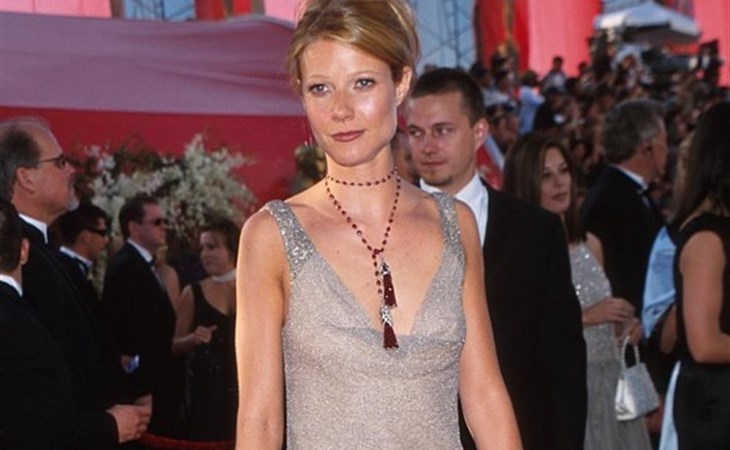 The All In Challenge continues to generate celebrity prizes. Justin Bieber will sing “One Less Lonely Girl” to you if that’s your kink. The best one so far is what Drake has put up: a ride to LA on Air Drake and the opportunity for you and seven friends to party with Drake and his OVO crew. So what’s Gwyneth Paltrow bringing to the table? Only the most Gwyneth item ever:

In the video, she says that “it’s a hand-beaded Calvin Klein, I wore it to the Oscars the year after I won. And it’s very end of the 90s which is back in style now so I thought it would be a good one to donate”. In the caption she said that the dress “holds great sentimental value”.

Which is interesting because as the internet has reminded us, she once described this special dress as follows, when asked if she had any fashion regrets:

“Well, I started being photographed in the 90's so of course there are a few glaring ones. Two that come to mind are looks I wore to the Oscars in 2000 and 2002. The first is the Calvin Klein. It's an okay dress but not Oscars material. I chose it because I wanted to disappear that year. Also, the goth Alexander McQueen I wore a few years later. There were a few issues; I still love the dress itself but I should have worn a bra and I should have just had simple beachy hair and less makeup. Then, it would have worked as I wanted it to - a little bit of punk at the Oscars.”

First of all, looking back on that “goth Alexander McQueen”, it was ahead of its time. And especially now that Lee McQueen is gone. I love it. And if she was giving that one away, we would be having a different conversation. But that’s not what we’re talking about. We’re talking about a dress that G wore “to disappear”, one that she named as a fashion regret.

Well, Lainey, you never know. She said it has “great sentimental value”. It’s unlikely that G will reveal what, exactly, the value of that would be but G has always talked about how close she was with her father, Bruce Paltrow. In 2000, Bruce was in post-production on his film, Duets. He directed G in the movie and it would be released later that year, in September. Just before they started shooting in 1999, Bruce was diagnosed with cancer and underwent treatment, resuming work after only 13 days. He was then declared to be in remission. The Oscars that year would have been around that time, a time that G and her family were still hoping and believing that her dad was healthy.

She was also, around that time, in an on-off relationship with Ben Affleck since 1997. G and Ben shot Bounce during the second half of 1999. They broke up at some point, for good, in 2000 and I can’t find photos of them together at the premiere in November 2000 and she’s said since that her parents weren’t exactly disappointed about their breakup because, well, she wouldn’t be the first to say that Ben isn't easy to love.

I wonder if any of this has something to do with the “sentimental value” that G is referring to. This moment in Gossip Nostalgia has been brought to you by this photo of Ben pretending to deep-throat his SAG Award for Shakespeare in Love in 1999. 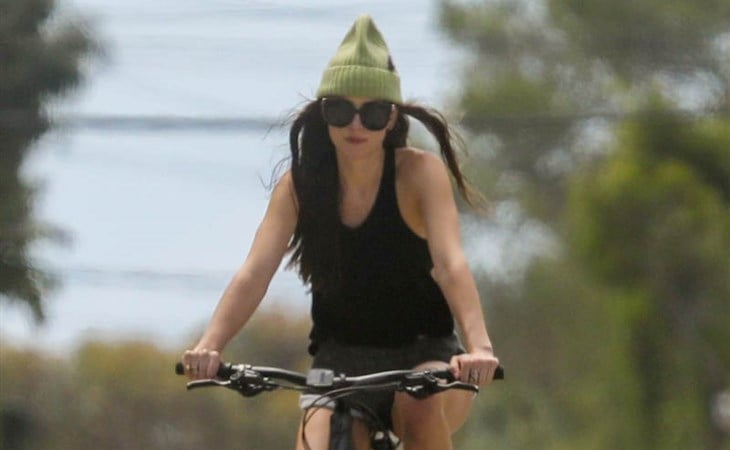 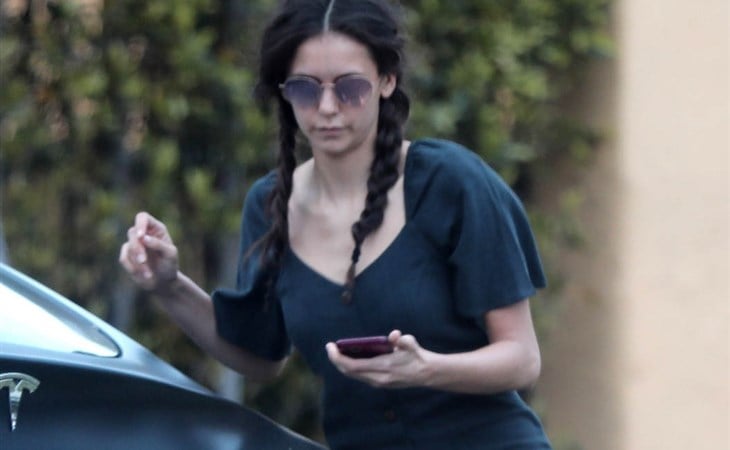