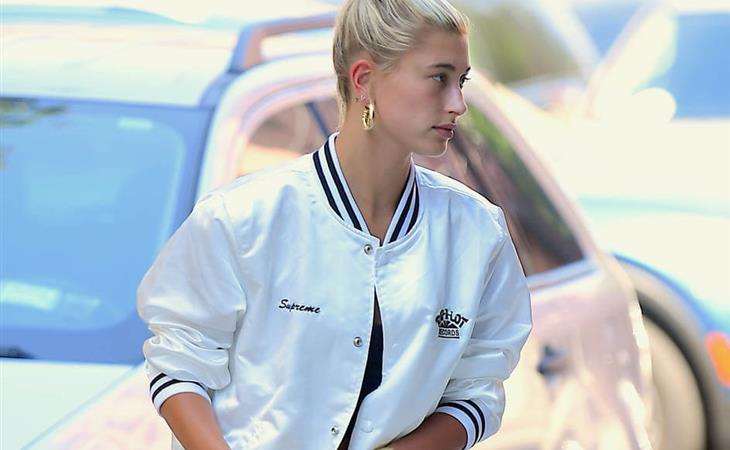 Let’s talk about Hailey Baldwin’s engagement ring. Until yesterday, this was the best shot we had of Hailey and the ring Justin Bieber proposed to her with.

Justin and Hailey are back in New York and now we have hi-res paparazzi shots of Hailey’s ring in all of its obnoxious glory – see attached. If you zoom in, you can see that Hailey’s ring is an oval-cut massive diamond on a thin gold band. It is very similar is style to Blake Lively’s. ELLE pointed out that Hailey tweeted in 2012 that she wanted a ring like Blake’s. Hailey retweeted this statement:

“If my ring isn't as big as Blake Lively's, I don't want to get married.”

Here’s the question I always have for women before they get engaged – do you tell your partner exactly what style ring you want? Is that gauche? It could be a coincidence that Hailey Baldwin got the exact ring she seemingly wanted or it could be that after two days of making out again, Bieber hinted that he was going to propose and Hailey laid out her ring requirements.

For couples in long-term relationships who know that marriage is an inevitability (and who actually care about engagement rings) do you drop hints or do you print out pages of specs detailing which cut you like best and where the best places are to get conflict-free diamonds? I have a friend who did this. It wasn’t me, I swear. However, my dude does know to clear any big decisions about rings with my best friends. Not that I’m getting engaged any time soon (to anyone who isn’t Michael Bae Jordan) but I know the man cannot be trusted. He once bought me bright teal and purple heinous basketball shoes for my birthday. I don’t trust that left to his own devices, he wouldn’t get me a pear-shaped Ariana Grande-style ring. Shudder.

Hailey and Ariana’s rings aren’t the same cut but they are similar in style and monstrosity. Both are solitary diamonds and a thin band. Apparently, both of their cuts are in high demand. A diamond expert told PEOPLE that he’s “only getting calls for pear-shaped and oval engagement rings these days.”

Like Lainey, I’m not down with the pear-shaped trend. I don’t love oval either. I’m also into an emerald cut. Are we just behind the trend? What’s your flavour?

In other Justin and Hailey ring news, TMZ is reporting that they got her ring resized and during that trip, Bieber picked up a ring of his own. Are we having another conversation now about male engagement rings? Or are Justin and Hailey already looking into wedding bands? I’m telling you, if this wedding happens, it’s happening SOON. 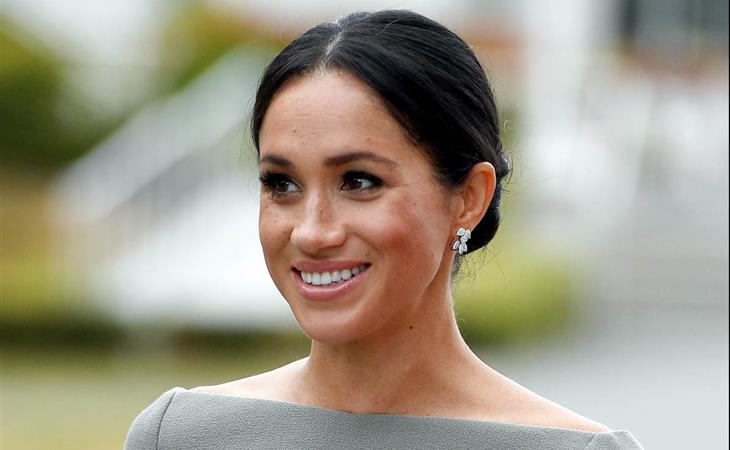