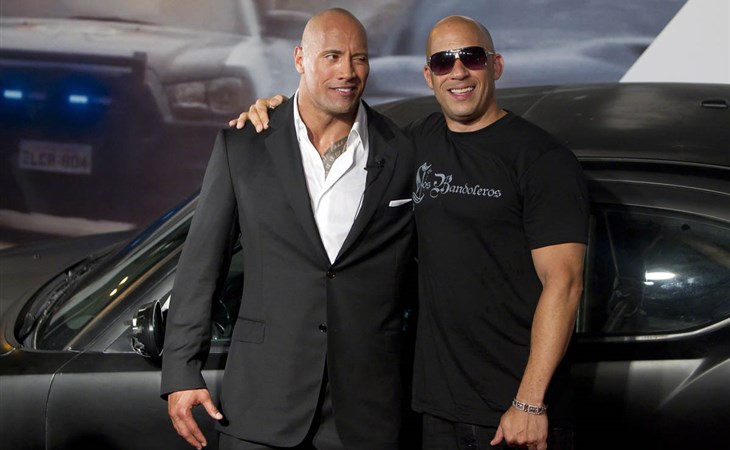 The Rock shuts down Vin: Boy Sh-t to End the Year

Back in November, Sarah posted about Vin Diesel’s public appeal on Instagram to get Dwayne The Rock Johnson back for Fast 10. Vin called The Rock “my little brother Dwayne” (LOL forever) and brought his kids and the late Paul Walker into it.

Now The Rock has responded, closing out 2021 with some boy sh-t, which is the best sh-t, addressing Vin’s post in a new interview with CNN. The interview has to do with the big year The Rock has just had. And every year over the last few years has been big where The Rock is concerned. He is indisputably one of the most successful, most profitable, most popular stars in the world. He’s an entrepreneur, producing movies, tequila, football, and all kinds of other fitness products I don’t keep track of. Red Notice is now officially Netflix’s most-watched movie of all time. He’s the most followed man on Instagram.

So as Sarah noted in her article, The Rock does not need Vin Diesel – if anyone needs anyone, it’s Vin who needs The Rock, which is why he backhand-begged him on social media. And The Rock called him out on it, telling CNN that:

"I was very surprised by Vin's recent post. This past June, when Vin and I actually connected not over social media, I told him directly - and privately - that I would not be returning to the franchise. I was firm yet cordial with my words and said that I would always be supportive of the cast and always root for the franchise to be successful, but that there was no chance I would return. I privately spoke with my partners at Universal as well, all of whom were very supportive as they understand the problem.

Vin's recent public post was an example of his manipulation. I didn't like that he brought up his children in the post, as well as Paul Walker's death. Leave them out of it. We had spoken months ago about this and came to a clear understanding. My goal all along was to end my amazing journey with this incredible 'Fast & Furious' franchise with gratitude and grace. It's unfortunate that this public dialogue has muddied the waters. Regardless, I'm confident in the 'Fast' universe and its ability to consistently deliver for the audience, and I truly wish my former co-stars and crew members the best of luck and success in the next chapter."

Well this is just embarrassing. Vin Diesel already looked desperado with that post and now The Rock has actually named it (“manipulative”, because it WAS manipulative to talk about the kids and Paul Walker) and pulled out the receipts, giving us a timeline of when they discussed it and who was involved. So the picture he’s giving us here is that Vin knew all along that a decision had been made, was sucky about that decision because he wasn’t getting what he wanted, and tried to made The Rock look bad in public, but ended up looking pathetic himself instead. Vin will just have to slingshot a truck off the international space station, bounce it off the moon, and drive it back to earth and land it on the Golden Gate Bridge in Fast 10 without The Rock’s help. He will be fine.

In the meantime, The Rock doesn’t actually have much time because he has so much other sh-t going on, so much more sh-t than an interminable movie franchise. He’s too busy “landing the plane”. The Rock is a business, big business. While Vin is trying to get back together with him on Instagram, The Rock is dancing and dodging and pivoting and twirling – and not running for president, at least not yet. Here’s what he told CNN about his political ambitions:

"Well, I think that poll of almost half of Americans being in favor of me running for president is so humbling. It sits me down and I don't know any other way to describe it. To have a little ability to potentially galvanize our country is humbling, very humbling. Might be the Teremana talking here but I still don't know a damn thing about being a politician. I don't know if I have that politician gene in my DNA. Leader? Yes. Patriot? All day long. Politician? No.

I feel the best position I can be in right now is to be a trusted, nonjudgmental place for people; regardless of what side of the street you live on, what color you are, what you do for a living, how you choose to live your life, what your bank account says, whether you drive a car or take the bus. I don't care. None of that matters to me. Just work hard, take care of your family, be good to people, be kind to people, be straight up, honor your word and always [have] some fun along the way. And don't be an a**hole. Like I said, I don't think I'd make a good politician."

That sounds like an excellent politician’s answer to me. And he managed to namecheck his tequila brand, Teremana, in there too! You want an even better one though? This was his answer when CNN asked him to weigh in on movies and streaming:

"I say this with great clarity, we are in a tremendous time in our Hollywood industry as we are in the eye of a massive opportunity to listen and learn what our audience and our consumers want and just as important, how they want it. I believe strongly in our theatrical business and want us to continue to work hard to maintain that theatrical experience for our consumers. When a movie is done right, man it's pure magic in the theaters. And I also feel strongly that it's our job as creators, producers and deliverers of entertainment to always take care of and go to the people. I try and approach streaming platforms versus theatrical with an entrepreneurial spirit and vision. The power of possibilities and the needs of the audience, consumers first, best practice will emerge. We just have to be smart, open and flexible to change and listen to what the people say they want."

It’s a lot of words that don’t end up taking a position. But he leaves a good aftertaste, doesn’t he? Like Teremana, probably, ha.

Head to CNN to read The Rock’s full interview. 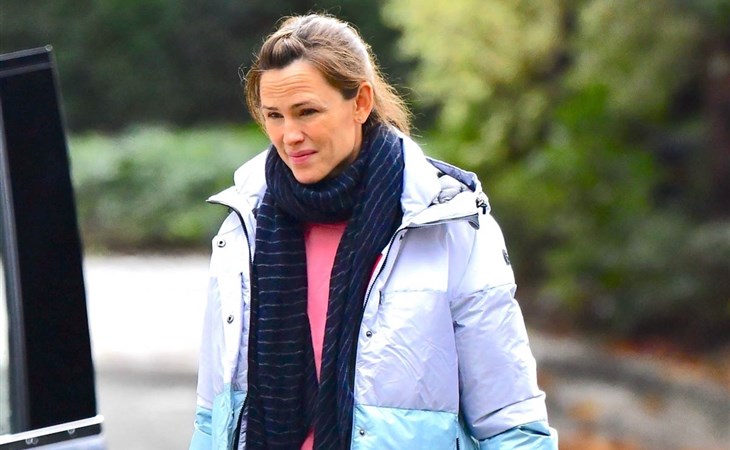 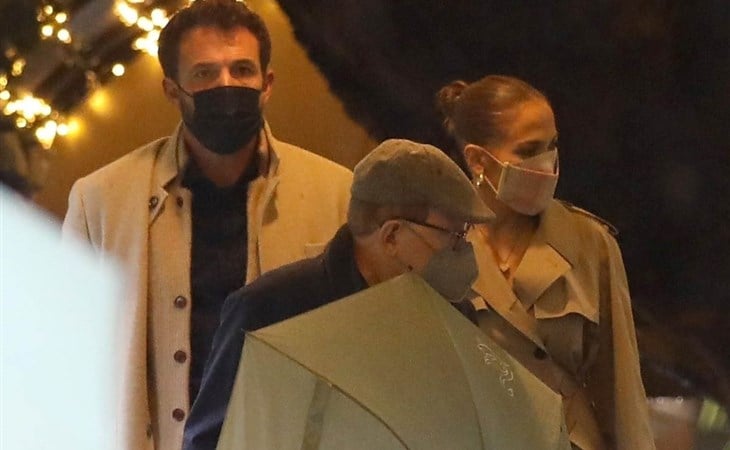