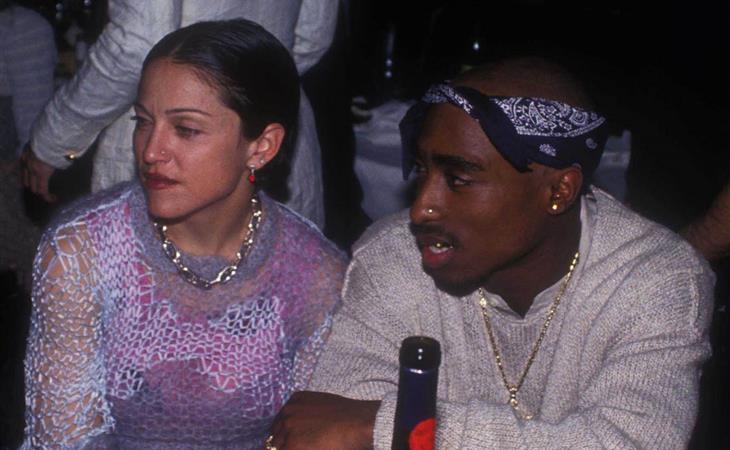 "Tupac Broke Up With Madonna Because She's White!" That's the headline many outlets are going with to describe a recently unearthed letter written by Tupac to Madonna in 1995 about their breakup. While that statement may be accurate in theory, it's a sensational dumbing down of the nuance and complexity of Tupac's words. The letter is an introspective, heartfelt apology from a repentant ex-boyfriend as well as an admission that race played a significant role in the end of a relationship, as it sometimes does.

In the letter, uncovered by TMZ and addressed to “M,” Tupac apologizes multiple times to Madonna about how he treated her in their relationship and he’s candid about the difficulties that come with dating interracially. He also admits to worrying about how dating one of the most famous white women in the world could negatively impact his “image,” while potentially giving hers a boost.

“For you to be seen with a black man wouldn’t in any way jeopardize your career – if anything it would make you seem that much more open and exciting. But for me, at least in my previous perception, I felt due to my ‘image,’ I would be letting down half of the people who made me what I thought I was. I never meant to hurt you.”

There’s a lot to unpack in this excerpt. I want to start with “letting down half of the people who made me what I thought I was.” “Half of the people” could be a reference to his black fans in general but to me, that line seems like it’s specifically referring to black woman. When I reviewed the recent Tupac biopic All Eyez on Me, I mentioned how much ‘Pac’s song Keep Ya Head Up meant to me when I first heard it. It’s a celebration of black femininity and a call for black men to recognize the strength, resilience and beauty of black women. But Tupac’s relationship with black women was complicated. He spewed misogyny on certain songs and was incarcerated for sexually abusing a black woman. But he’s also the guy who was raised by two Black Panthers and became a symbol of unapologetic blackness. He’s the guy who told the heartbreaking story of a black woman’s struggle on Brenda’s Got a Baby and applauded black motherhood on Dear Mama. When ‘Pac writes “at least in my previous perception,” I think he was speaking to the precedent of black women feeling lesser than white women and the glorification of whiteness the media so often maintains. If images of Tupac and Madonna were splashed all over the tabloids, he would be perpetuating the stereotypes so much of his music railed against. So, even though there’s an unfortunate history of black men dating white women for a status boost, ‘Pac viewed his romantic affiliation with Madonna not as a way to get more famous or gain crossover fans (which it probably would have) but as a betrayal to his community.

I’ve written before about the politics of black love. Interracial dating is never simple. There are always going to be judgments and societal implications that follow high-profile interracial relationships but there are also the everyday issues that go along dating outside your race. There are the things the other person will never truly understand. There are the offhand comments that they make, thinking they mean nothing while, to you, they mean everything. In Madonna and Tupac’s case, one of her offhand comments sounds like it was the cause of their breakup.

In the letter, written while ‘Pac was in prison, he recalls being hurt by something Madonna allegedly said in an interview. According to ‘Pac, Madonna said, “’I’m off to rehabilitate all the rappers and basketball players’ or something to that effect.”

He goes on to explain how that quote made him feel:

“Those words cut me deep seeing how I had never known you to be with any rappers besides myself. It was at this moment out of hurt and a natural instinct to strike back and defend my heart and ego that I said a lot of things.”

If Madonna was joking about fetishizing black men in interviews, of course Tupac would be hurt by this. Tupac and Madonna’s relationship was only officially confirmed a couple years ago when Madonna admitted to Howard Stern that they had dated while explaining why she was so angry during an interview with David Letterman. This is the quote from 2015:

“I was dating Tupac Shakur at the time, and he had got me all riled up about life in general. So, when I went on the show I was feeling very gangster.”

“Gangster” is the word Madonna chose to describe Tupac’s influence on her. OK. Does that make you a bit uncomfortable? Madonna has also said some other super problematic sh-t about black men in the past. Here’s what she said to Spin Magazine in 1998.

“I believe that I have never been treated more disrespectfully as a woman than by the black men that I’ve dated. I’ve never actually said that to anybody, but it’s true and I think it’s a cultural thing. So many black men grow up without fathers, without strong male figures, without a sense of romance and seeing a man treat a woman with respect.”

When I first read this story about Madonna and Tupac’s breakup, it reminded me of a couple months ago when some stories came out about Barack Obama’s ex-girlfriends claiming race played a role in why each of them never became First Lady. They claimed that the only reason Barack and Michelle became the gold standard of black love and the definition of #marriagegoals was because Michelle was black. According to these exes, who were white, Barack Obama specifically wanted to be with a black woman. Michael Harriot wrote an impeccable piece for The Root in response to these claims.

“…perhaps Barack Obama did marry Michelle because she was black. If—as every one of these women reportedly said—Barack was obsessed with questions of race and self-identity, then it makes sense that he would have gravitated toward someone who identified with his innermost thoughts about himself.
These women might not be bitter, but they might not understand that—although there is a part of blackness that can be verbalized to them—someone who is not black can never truly know it… there is the possibility that a man who contemplated and even questioned his blackness his entire life might want someone who he felt truly knew him completely.”

So, even though it sounds like there were other factors that led to Madonna and Tupac’s breakup, one of them was definitely race and, you know what, that’s OK. I’ve been in an interracial relationship for almost 6 years. My partner and I have had some very uncomfortable, no holds barred, heated conversations about race. They were necessary discussions and honestly, they made our relationship stronger but I would be lying if I didn't admit there were times when I thought our differences were too much. There have been times we've almost broken up over these differences.
Tupac may have broken up with Madonna over their differences but it sounds like it was a lot more complicated than "he broke up with her because she's white!"

Read the rest of the released portions of Tupac's letter here. 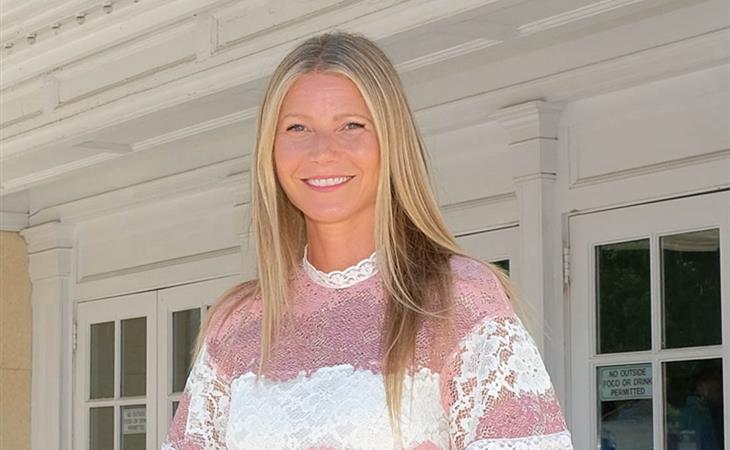 Goop at the movies 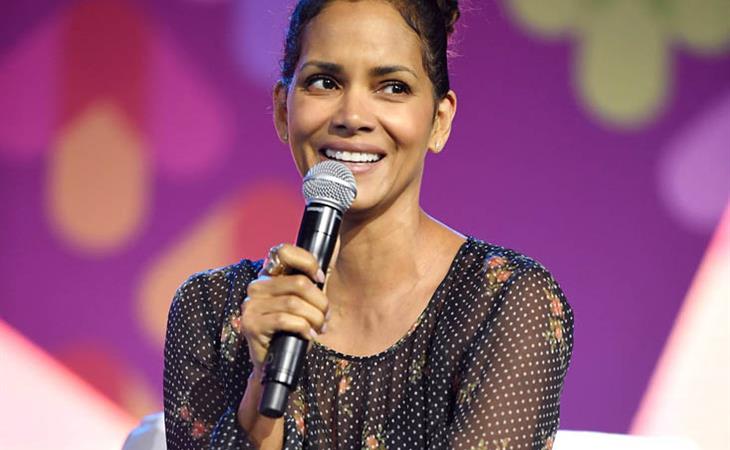