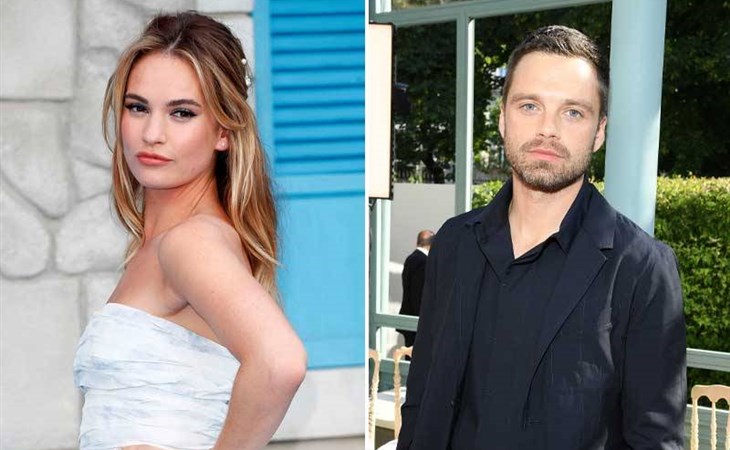 YES they belong on that list and I will fight about it all day: this was an iconic pairing in pop culture. The rock star and the sexpot who got married after knowing each other for a few days and spun out into a tabloid sensation. Tommy had BDE (and it turns out, a legit big dick) and Pamela had the girl-next-door Canadian niceness in a pin-up body. They were glamorous and wild and a little dangerous and went into marriage and divorce with all kinds of strife (including Tommy’s domestic violence convictions and a custody battle over their two sons). Over the years, they swung back and forth until about 2008, which was the last reconciliation I could dig up.

A new Hulu series led by Seth Rogen’s Point Grey Productions is in development with Lily James as Pamela Anderson, Sebastian Stan as Tommy Lee, and Seth as the man who secured the tape (I actually don’t know the specifics of that story and am looking forward to seeing it play out). Pam and Tommy are said to be aware of the series but not involved.

Seth’s attachment to this project is exciting because his work with Point Grey is inventive and risky. The scandal isn’t the sex – they were a couple having sex on their honeymoon; the scandal is the tape. But there are so many ways this story can go: how did the leak affect their marriage? Their relationship with family, friends and colleagues? Their careers? Their children? And what’s the deal with the guy who stole the tape?

I’m especially interested in Pam’s story because her image was always highly sexualized and then, to be exposed like that (without consent) is something that still happens to celebrities all the time today (like with leaked nude and hacked clouds). Tommy’s reputation didn’t exactly take a hit. But for a woman, it’s different. And I want to see how that difference plays out.

I can see why Lily James would be drawn to playing Pam and I wonder if the recent scandal she was herself caught up in will inform her work. Sebastian Stan is a fine actor, but do we see him as Tommy, with all his swagger? I can’t quite picture it but I will reserve judgement. What’s critical is their chemistry; they clung to each other in public and played it up for the cameras, but what was going on behind the scenes? How did their life during that time period work? This is such a perfect snapshot in time for a limited series. Seth and his writing partner Evan Goldberg have lots to work with for this dark 90s fairy tale: Beauty and Big Dicked Beast.