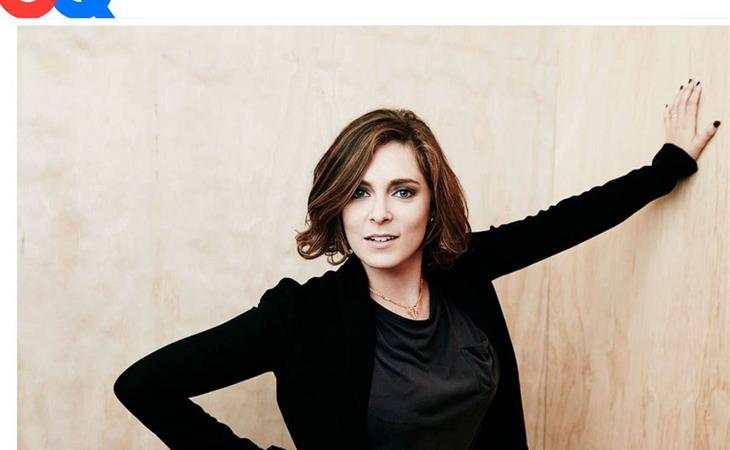 I love, love, love Rachel Bloom (if Lainey allowed emojis, I would insert a hundred hearts here). Yes Crazy Ex-Girlfriend is funny and brilliant and smart and difficult, but that isn’t the only reason why.

Rachel is the rare celebrity who spends her time in interviews engaging, rather than explaining. You know who else is like this? Tiffany Haddish. They sell, of course they do. They have immense raw talent, obviously. But what sets them apart is that while most famous people are obsessed with the appearance of authenticity, Rachel and Tiffany are real.

That’s why they talk about things like money and the cost of clothing and will speak openly about their interactions with celebrities: To be in that world and manage to keep yourself (which it seems they both have) you have to be able to speak about all the weird interactions and fake sh-t you see. Because if you don’t talk about it you start to internalize it, and then normalize it, and then become immersed in it.

This week, Tiffany told us about Leo’s “coochie squad”, and Rachel talked about her mini feud with Neil Patrick Harris in GQ. Let me tell you, I was a little disappointed with NPH. Not only was his initial tweet condescending, but his follow up was basically, “I don’t know her.” At least that’s how I read it.

Who is the woman in the top hat backstage at @TheTonyAwards? Gideon remarked that she says ‘like’ and ‘oh my god’ a lot. I’m confused...

I’m a big fan of yours. We’ve met numerous times and my husband, Dan Gregor, wrote for “How I Met Your Mother” for 5 years. Notably, he wrote the episode where your character finally meets his father.

Indeed! Well said. Thanks for the reminder. How was backstage?

And fine, Rachel Bloom hasn’t starred on Broadway (which is why she can’t present, and was hosting backstage). But you know who does know her? Her Tonys dressing room buddy, Patti LuPone (who has appeared on the show as Rebecca’s rabbi). Crazy Ex-GF is stacked with Broadway actors like Tova Feldshuh (Rebecca’s mother), Michael Hyatt (Rebecca’s therapist), Santino Fontana (Rebecca’s “it’s complicated”), Donna Lynne Champlin (Rebecca’s BFF), Gabrielle Ruiz (Rebecca’s nemesis-turned-friend), David Hall (white Josh) and Vincent Rodriguez III (Rebecca’s crush) and Lea Solanga (Josh’s aunt). I’m missing a few but you get the gist. These people know her.

So does Lin-Manuel Miranda. Oh and Bernadette Peters, who stopped by Rebecca and Patti LuPone’s dressing room (they shared a dressing room at the Tonys, did I mention that?).

Beyond Twitter, there’s more to her non-relationship with NPH. Her husband, Dan Gregor was a writer on How I Met Your Mother. For five years. And wrote a pivotal episode for NPH’s character. They have a photo of him hanging in their office.

So I can see why this stung; it isn’t a random person or even a non-theatre actor making the comment, it’s someone of importance in her world and also her husband’s.

She could have ignored him. Or expressed her sadness. But, as she told GQ, she didn’t want to give him that. Instead, she ties his tweet, and her response, into the culture of celebrity, analyzing the effects of fame (with a side of shade):

“But look, he’s not a writer, so his version of a Twitter joke is to just kind of… live-comment to Twitter followers with kind of random, unformed thoughts. And fame does that to you—where you think every kind of random, unformed thought is a gem, because you get 10,000 likes from it. He has, like, 27 million Twitter followers. And that makes me scared about fame in general. The yes-men. Even if what you’re saying is, I don’t know, kind of weird or unoriginal, you’re still getting a lot of approval and dopamine surges for saying it."

This is what Rachel is able to do – look beyond herself, her Golden Globe, her Broadway friends and her cult following and see that if you don’t have good people, good management and good co-workers, you might be the kind of person who quotes their 7-year-old’s critique of a joyous and inclusive awards show. Considering Neil himself has hosted several award shows, there should have been more of a filter there. You have to wonder why there wasn’t.

Overall, this is but a small bump part of the Rachel Bloom story. There’s a lot of detail in the interview about her work schedule, her favourite songs from the show, learning choreography, taking care of herself during filming, and her dream project -- a period musical with Paul Feig that no one wants to make (HOW is this possible?!). Of course the drama is entertaining but, like Tiffany, she is much bigger than the stories she tells.

Going forward, Rachel will undoubtedly join her (many!) friends on Broadway and will continue to straddle two worlds as a famous theatre geek. There’s so few of them – Neil Patrick Harris is one of the biggest household names – and I hope she finds a way to continue to talk about designers unwilling to lend her a dress. And call out men like TJ Miller. And post casting notices. And examine the privilege of graduating from NYU with no debt. And advance the discussion on the portrayal of mental illness in the media.

Neil might be feeling a touch remorseful (or embarrassed) about the whole thing because a few hours after the GQ interview was posted, he followed up with an apology tweet. She accepted because she’s obviously a gracious and professional person.

Sincere apologies to @Racheldoesstuff for my Tony tweet. I failed to research her before pressing ‘send’, and what I thought was a funny comment in our living room must have been far from funny to read, backstage, mid show. As a performer and a parent, I should have know better.

Hi, thank you for this! Apology accepted.

As far as apologies go, it was a decent one. A reference to “You Go First” would have made it perfect. 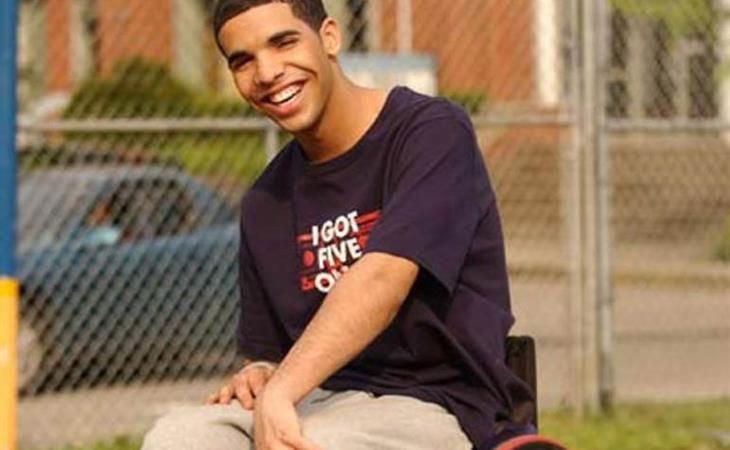