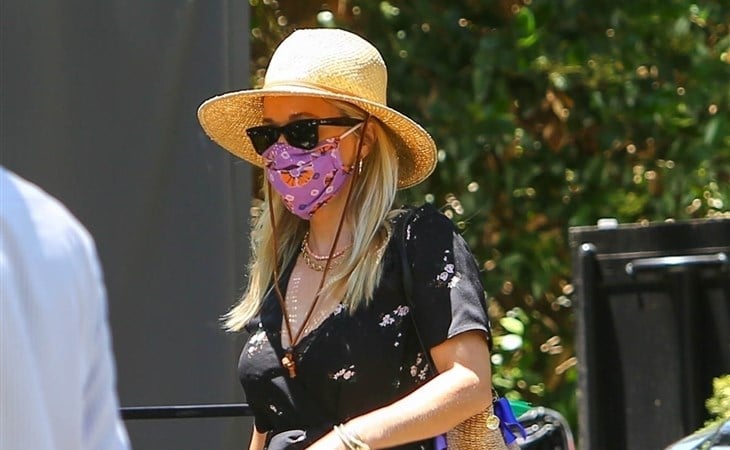 Actors tied to production companies used to be a big story (like back when Jennifer Aniston and Brad Pitt started Plan B in 2001) but it is now a standard – big name actors are often producers with “first look” deals and back-end credits. “Executive producer” is a vague term and what actor/producers really do varies wildly depending on the production and the individual.

Right now, Reese Witherspoon is the A+ standard as an actor/producer, mixing development and producing and starring roles and promotion, all through her production company Hello Sunshine. But how did Reese, who was frustrated and languishing after her Oscar win, get here?

She started with books: she secured the rights to Chery Strayed’s Wild, the film that really pivoted her career and it happened under Pacific Standard. She had another hit with Gone Girl, which she produced but did not star in, even though she wanted the role of Amy (she said director David Fincher talked her out of it – it says a lot that she let go of any ego and deferred to him, because who wouldn’t want to play Amazing Amy?). Under Pacific Standard, she also secured the rights to Big Little Lies, which went on to be one of the most talked-about miniseries of the last ten years. At Pacific Standard, Reese partnered with Bruna Papandrea, a powerhouse, but the two went their separate ways in 2016 and Reese went on to form Hello Sunshine, a production company that mixed podcasts and a book club and film and TV production. Basically, a mini movie studio, if movie studios could quickly adapt to new mediums.

Over the weekend, it was announced that Hello Sunshine has brokered a deal with investment firm Blackstone Group Inc., reportedly worth $900 million (Reese will retain “significant shares” and still run the company, alongside CEO Sarah Harden). So where will this money go? It could go into a physical movie studio for Hello Sunshine, or a publishing arm (to add to the book club), branching out internationally or maybe Hello Sunshine will start acquiring smaller production companies. They have the cash on hand to do that and there’s absolutely a plan in place, which is why they went looking for a financial partner.

What’s always been interesting about the way Reese and Pacific Standard/Hello Sunshine brokered their deals is that they are not tied to any one streamer or network – Little Fires Everywhere was Hulu, Big Little Lies was HBO, The Morning Show is on Apple. I imagine this affords Hello Sunshine a lot of control because they can broker the best deal and shop around.

But as this Variety story notes, there is some skepticism around it: “The price for Hello Sunshine is likely to raise some eyebrows in the entertainment industry. The company has brand recognition and a valuable celebrity ambassador in Witherspoon, but it lacks a deep library of content and only became profitable in 2020. But a source close to the situation said the valuation was not off the charts and based on a reasonable multiple of the revenue flowing through Hello Sunshine’s coffers.”

I’m not accountant, but I think what Blackstone knows is that there’s on-paper value and there’s cultural capital, which Reese has a lot of. She has a direct and trusted way to communicate with her audiences through social media that she’s built up over the years. It may not be quantifiable in terms of dollars but it is valuable.

Her social media promotion is top-notch and she’s found a way to leverage her popularity for all of her productions and picks, not just the ones she is starring in. She has so many film projects and series and books on the go that she (like Oprah before her) has earned people’s trust when it comes to recommendations. That is valuable.

To add to that, Reese also has a catalogue from her rom-com days to pull from, including sequels for Sweet Home Alabama and Legally Blonde. Of course $900 million is a lot of money but no outside investment is going to push “Type A” Reese Witherspoon harder than she pushes herself. Besides a superhero movie, she’s probably the safest bet in Hollywood right now.