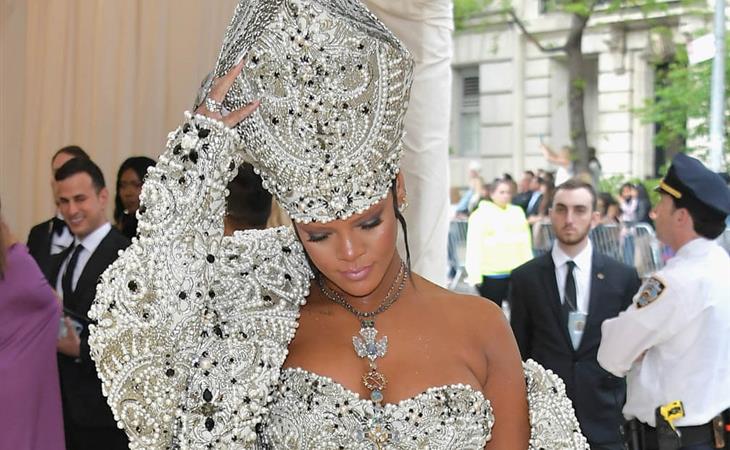 Well. Who the f-ck else would it be?

I want you to picture her face and hear her voice while you’re reading that sentence – Who.The.F-ck.Else.Would.It.Be?

Do you wonder if there was anyone else who dared to think about a pope hat? Or does Anna Wintour send word around to everyone that, under no circumstances, is anyone else wearing a pope hat? I’d like to believe that no one even considered the pope hat because they just knew, like breathing, that if a pope hat was to be worn at the Heavenly Bodies Met Gala it would be Rihanna and no other because, really, who else could possibly make this happen the way Rihanna made it happen?

What happened is that this is custom Margiela by John Galliano. And what’s amazing about this is that it’s both clothing and a costume. This is Rihanna’s gift. Even when she’s in pieces that are dramatic, theatrical, extra, it never looks like she’s not wearing them, and living in them. You could see it in the way she moved up the stairs, shrugging off that jacket now and again for attitude and effect. You could see it in her poses – shifting her hips back and forth with ease, without restriction. Of course the designer and the design have much to do with that but, as we know where Rihanna is concerned, it’s a collaborative effort. She understands better than anyone who attends the Met Gala, even better than Sarah Jessica Parker at this point I think, that being able to perform in the clothing is the key to creating that costume moment, that Costume Institute Gala moment, that Met Gala moment – the moment she serves us year after year. This is what she demands of her look year after year. This is why she’s not the one who totters around, spectacular while standing but not quite as spectacular in motion. You want to see? Look at her. Look at her in motion!

See the way the garments bend and yield to her as extensions of her body? With that much beading and embellishment, and weight, somehow Rihanna looks COMFORTABLE in this costume. You know why? Because in addition to having great style instincts, she also prepares. She would have had them schedule as many fittings as possible to make sure these pieces behaved exactly how she needed them to behave. That is the unseen work of Rihanna at the Met Gala.

Please, one day, can they make a documentary about that? Can the theme of the Met Gala one day be Rihanna At The Met Gala? 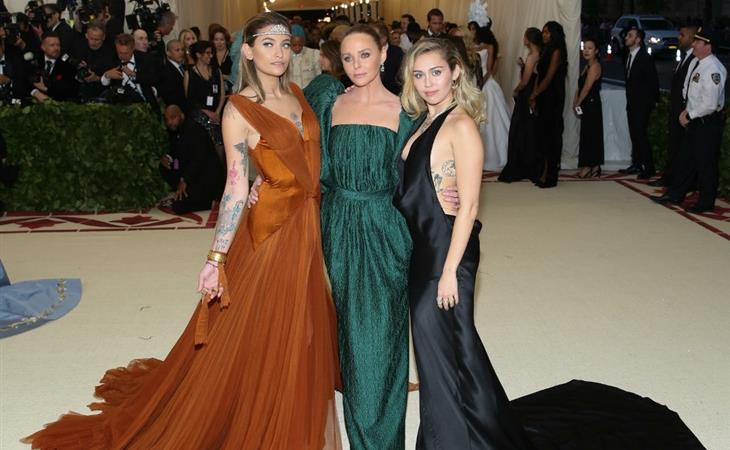 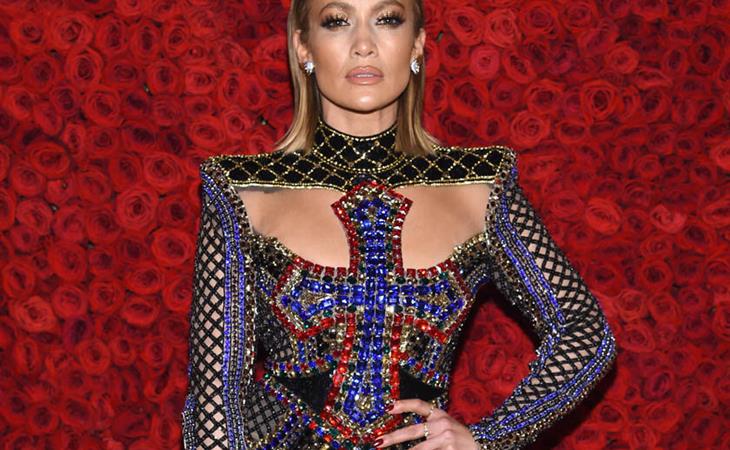