“Señorita”, but make it Christmas? Shawn Mendes and Camila Cabello have followed up their steamy 2019 smash hit duet with a new take on the holiday classic, “The Christmas Song.” If you’re a fan of that song, you’ll like this version. Camila delivers some of her best vocals, and their voices always sound great together. The early gift to fans comes with a homemade music video, shot at Camila’s parents’ place, and to be honest, it’s pretty cute. I used to really think this relationship was a showmance that’s gone on way too long, just to make us think it’s not a showmance, but I’m slowly getting browbeat into accepting they’re in love. I will say, I prefer watching them be cute together as opposed to listening to them gush over each other.

The song is part of a holiday deluxe version of Shawn’s new album, Wonder. At first I thought, of course he’s going to do a song and video with his girlfriend because his label wants to harness the massive attention their relationship gets and milk it for every dollar it’s worth, but the song has actually been released to benefit Feeding America. For every 10 million streams from now until the end of the year, $10K will be donated via the Shawn Mendes Foundation. This is on top of the $100K lump sum the couple donated earlier this month.

Merry christmas to you and yours ðŸ–¤ #TheChristmasSong video out now. Shot by us, directed by Tarzan from our quarantine bubble. @ShawnMendes
Every stream supports those in need through @feedingamerica!https://t.co/kKt9C47k3s pic.twitter.com/afihAkdst1

But back the video, which Camila says is, “Shot by us, directed by Tarzan from our quarantine bubble.” Tarzan is their puppy, and he makes lots of adorable appearances in the clip, making me very jealous. I want to parent a dog, but I have a landlord who won’t allow that kind of joy in my life. Besides the puppy love, Shawn and Camila are seen trimming the Christmas tree at her family home but that’s not where they’re spending the holidays. Shawn told etalk  this week that he, Camila, and Tarzan are headed home to spend Christmas in Canada. My Favorite Things of 2020: Podcasts 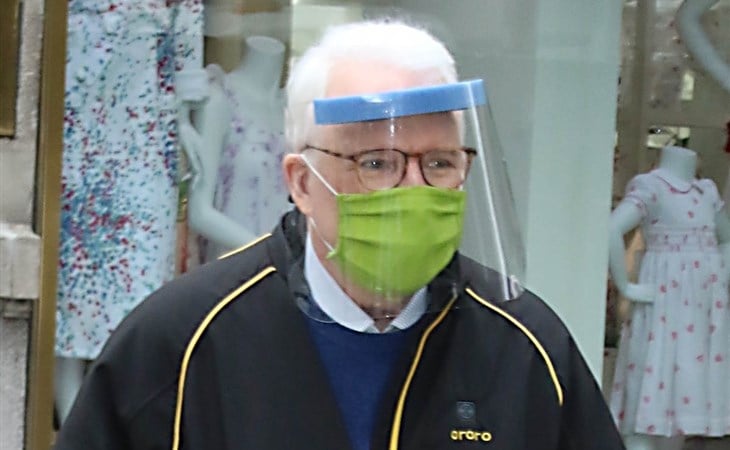