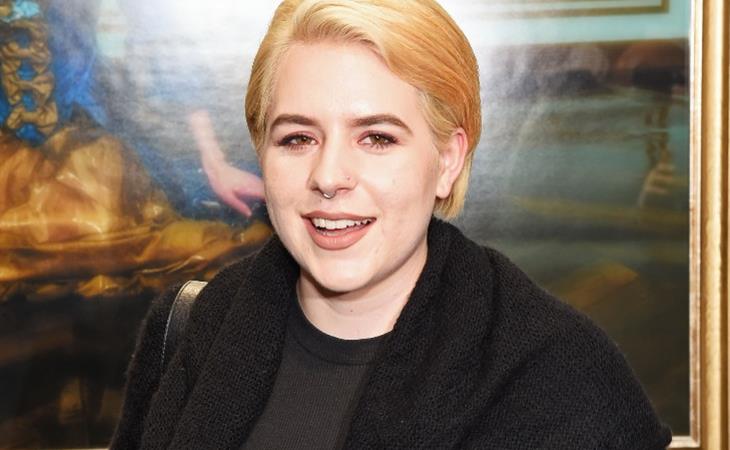 Last we heard of Tom Cruise he was working on Top Gun: Maverick which isn’t due out until July 2020. As we’ve seen over the last decade or so, Tom will emerge for a few weeks to promote a movie but otherwise stays deep undercover working and, well, Scientologising. He doesn’t talk much about the Church of Scientology in public these days but word is, when he’s not on set, he reportedly spends a lot of time at Scientology headquarters doing…

I don’t really know how to finish that sentence. Tony Ortega does though. Earlier this week, Tony revealed on his website, The Underground Bunker, that he received a copy of an email newsletter that was sent to Scientology membership written by Isabella “Bella” Cruise, daughter of Tom and Nicole Kidman. Bella and her brother, Connor, like their father, also keep it super low-key. Which is why Tony was so surprised. For years now, there’s been speculation about their relationship with their mother, and whether or not Scientology came between them. Bella and Connor seem to be closer to Tom but they have seldom themselves openly identified with and declared allegiance to Scientology – until now.

Bella has revealed that she’s been training to be an auditor and has completed some kind of internship. Evidently it’s changed her life. And now it’s quite obvious that she is as committed as ever to the Church. Her letter is meant to encourage other Scientologists to, like, do the audit. Is that how you say it? I don’t know, they have a whole language that’s a f-cking trip in and of itself. Seriously, this letter, it’s full of acronyms and expressions that are a mystery. You can read all of it here. And I’ve highlighted some passages below:

This journey started with my training, and even that was a bullbait. I knew I needed it but every fibre of my being fought me on it. Said I was the PC, that if I did it I’d get nothing from it and many more delightful little criticisms.

WTF is “said I was the PC”? It sounds like a song lyric to a rap song. Does Scientology have a rapper?

Finally I got through that and what a ride. It was incredible but I was BIs at the end. I had gotten SO much out of it but there was something missing and it really was messing with me. Hard. I couldn’t figure out what it was.

See what I mean? What does it mean if someone is the “BIs”? If someone goes to a Goop summit and doesn’t buy into the labia steaming and ear wax teas, are they the “BIs”?

The next thing was internship and lord knows I was not into it.

Are you allowed to refer to the “lord” when you’re a Scientologist? Isn’t she supposed to say “LRH knows I was not into it” instead?

I dragged out the testing and correction, just made it through the drilling and then finally began my auditing adventure, and wow, I wasn’t prepared. This IS what I had been searching for. The missing piece. Suddenly everything began to make sense. My metering… Wow. It became clear I actually knew my metering. Even to the point of having any slight doubt on a read. I know it wasn’t a read. Beautiful thing about drilling, of course. The tech that I felt was wavering and on the verge of disappearing from my mind became part of me. I know it. Like really know it to the point that it’s just there man. I never thought I could know something like that.

I assume this is the machine they use for this auditing process to get to your deep soul so that you can reach the enlightened plane…so… is this the “Science” in “Scientology”? Is it an oil expedition for your psyche?

If you are going to make it as a being for the long run you NEED this. That’s the truth. You won’t stay Clear or OT without it.

“Going Clear” is a familiar expression now because of the documentary and what the “clear” state means to Scientologists. “OT” is “Operating Thetan” which is beyond “clear”. Getting to “OT”, as Leah Remini has explained, costs a lot of money and will take you to the promised land. When you get to “OT”, after you’ve spent all that money, you’re supposed to be able to…

Nobody knows. Maybe the best answer is: do what Tom Cruise does. Which is…?

Rescue people. Run a lot and fast. Stare intensely. Save the world.

Anyway, as you’ll see, Bella goes on to rhapsodise more about the experience and thank her dad and his sister Cass, her aunt, and the “COB” who is, apparently, David Miscavige, the head of the Church, referred to in their circles as “Chairman of the Board”. Right. That actually makes total sense. Because this dude always just wanted to be an actor, Frank Sinatra.

As for what all this points to, on a bigger level, Tony Ortega spoke to The Daily Beast to explain – and, basically, it’s a sign that Scientology might be leaning on a new generation of celebrity ambassador. That they may have found in Bella the princess that was promised:

“[Bella] and Connor have both been really quiet,” Ortega began. “Even Tom—Tom has been very, very quiet for the last few years, and Isabella and Connor have too, and so every six months or so some tabloid will say Tom’s about to leave Scientology, he wants to get back together with Katie, all this garbage.” Ortega would occasionally pick up on evidence to the contrary, “convincing me that Tom is as dedicated as ever—but this is so in your face! I mean, Isabella Cruise doing a promo for the London Scientology Org with a success story about her training…I was just so thrilled to see that she thanks her dad, and her aunt! Her aunt Cass. Because I’ve been trying to tell people that this family is in deep, that they really believe in this stuff. And this is evidence of it.”

Ortega added that this specific type of promo was noteworthy, and possibly suggested a renewed emphasis on training auditors, which has lapsed in recent years. “This is the first time I’ve seen any sort of celebrity really endorsing training in I can’t remember how long,” he continued. “So the fact that Isabella is being used to promote training as an auditor is really interesting to me. A lot of celebrities don’t want the church to use them in this way. So she’s making a conscious decision, that she’s okay with people knowing that she’s really down with this stuff.”

And she’s still working on her clothing line BKC, for Bella Kidman Cruise. She just posted this on Instagram four days ago:

Are Scientologists now expected to shop there? 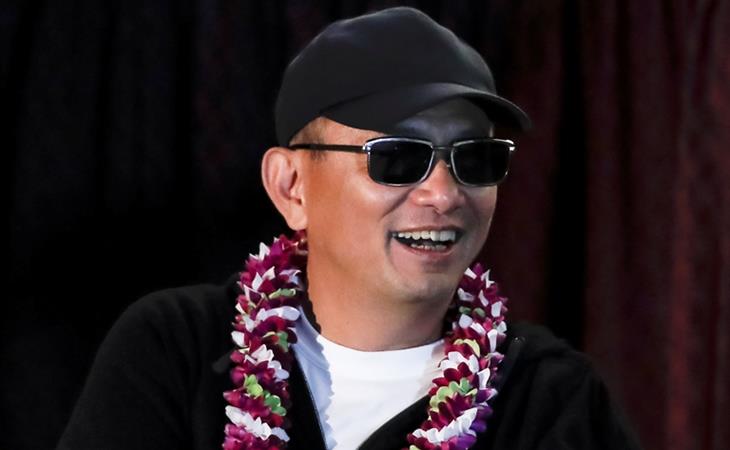