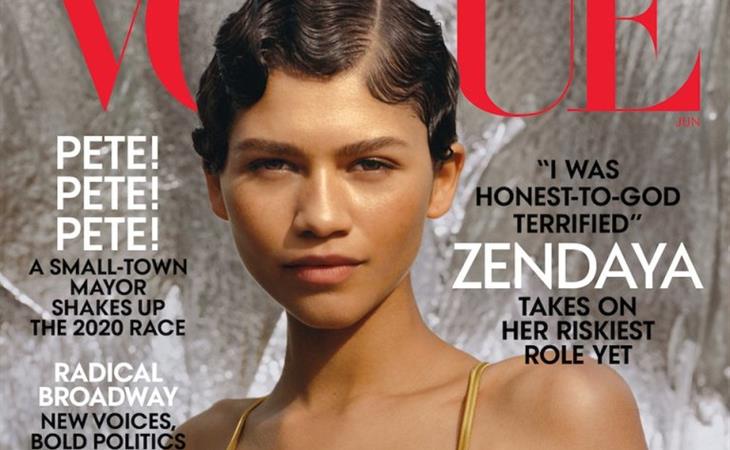 Zendaya and the Future of Hollywood

Zendaya covers the June 2019 issue of Vogue. On Friday, Vogue posted her 73 Questions.

The thing I love about the 73 questions format is that while a lot of ground is covered, each individual answer is rather brief. I think you can glean a lot of information from the most succinct answers. And for someone as fascinating and groundbreaking as Zendaya, there’s a lot I want to know. It’s probably why she was the most requested 73 questions ever.

The vibe of the video is really chill, as Zendaya strolls around her gorgeous, lush California house, eating fresh fruit picked from trees in her backyard. She’s in a comfortable, flowy, chiffon dress and bright yellow shoes that complement the lemons she picks and hands off to her brother. Watching Zendaya move around her backyard and play with her dog by the pool is mesmerizing (I think I’m on my 10th count of watching it?), and her answers to the questions are surprisingly insightful. It’s not that I think that Zendaya is incapable of answering insightfully, it’s that the relaxed, summery attitude makes you feel otherwise. We learn that her role models, aside from her mom, are Beyoncé, Michelle Obama, and Rihanna (AMAZING choices). Her fans keep her socially, politically, and grammatically aware. Her philosophy on beauty is that “there are no rules.” She can even quote Shakespeare without seeming like a pretentious douchebag.

Zendaya is already a style icon (like her mic drop Paris fashion show with Tommy Hilfiger or as Lainey’s Best Dressed for the Met this year), and her career is taking off. One of the 73 questions is about her role in a potential iconic remake. She’s already set to play Chani in the remake of Dune which is being filmed right now, but the rumour is that she’s being tapped to play Ariel in a Disney remake of The Little Mermaid. If you’ve read my previous articles, you know my thoughts about Disney remakes (I hate them), but Zendaya playing Ariel would get me to the theatre like my life depended on it. On top of her growing stardom, Zendaya also works very hard and uses her social capital for good, evidenced by this anecdote from the cover interview. Zendaya’s power, and her knowledge of it, are reminiscent of Beyoncé negotiating with Adidas, or Rihanna and LVMH.

“Her Tommy Hilfiger collaboration is an example. She suspected they’d “promise the moon and the stars,” she says, “then, in the end, all they would want to do is to slap my face on their product.” So she and stylist [Law] Roach scoured the web for disco-era images that inspired them, and walked into their first formal meeting with a take-it-or-leave-it attitude and a mood board that wowed the room. “Anything Zendaya does, she does it, you know?” explains Roach. “Every design meeting, every sample review, she was there. And she was involved with all the casting,” he adds, referring to the Paris runway show in March. “She really wanted to pay homage to the women who inspire her. Like, what about Beverly Johnson, the first black woman to appear on the cover of Vogue? How about Veronica Webb, the first model of color with a major cosmetics campaign? How about Pat Cleveland? Can we get her?””

Unfortunately, style, talent, and hard work don’t always equate to success in Hollywood, especially for women of colour. The 73 questions (and the cover issue) reveal the other aspect of Zendaya’s star power – her personality. She’s humble, informed, gracious, and wise. Wiser than most people her age, let alone those even older. For instance, when asked about posting on social media, she shows a lot more restraint and discretion than, say, Constance Wu. While she doesn’t like being called an activist (humility coming into play again), she’s used her platform to address social issues, called out racist comments about her hair, and she gives to charity.

Zendaya is doing good work, and it’s clear that she’s a force of change in the industry. Her advice to young actors is to “read the contracts no matter how boring they are.” To me, that reads like Francis McDormand’s Inclusion Rider speech from a year ago. It’s about empowering people in an industry that often seeks to exploit the inexperienced and the underprivileged. That’s the kind of work Zendaya is doing, and that’s why she’s irresistible right now. When asked about the future of Hollywood, Zendaya replies, “hopefully diverse.” She’s wrong. The future of Hollywood is Zendaya! 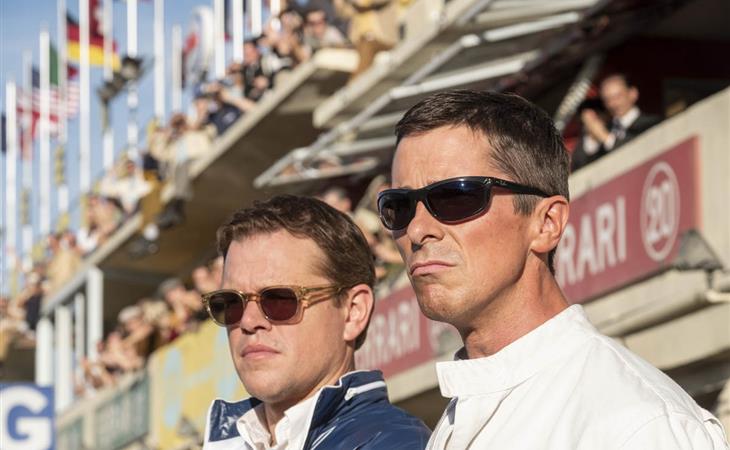 Boy sh-t at the race track 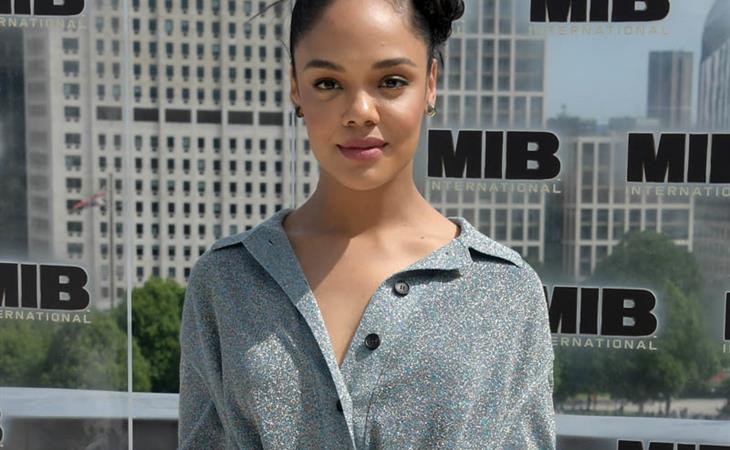 Outfit of the Week: Tessa Thompson