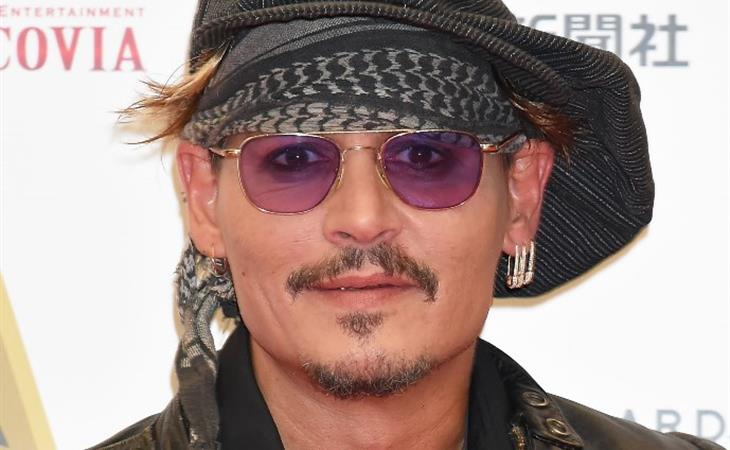 How the Savage spends his money

I know this is not the story. There is only one story that matters today. But let me get some other sh-t out the way before we begin the celebrations. And by sh-t I mean Johnny Depp. Because Johnny Depp should never cover Beyoncé. Ever.

A couple of weeks ago, Johnny sued his former managers, accusing them of mismanaging his money. You’ll recall, I was the first to report back in December that Johnny's having money problems. The Management Group is now countersuing, claiming that they did their jobs, that Johnny’s out of so much cash not because they cheated him but because he cheated himself – that he was outrageously irresponsible with his spending, that they tried to give him sage financial counsel, but that he not only ignored their recommendations but continued to flagrantly blow through his whatever was coming in, and reacted angrily at any suggestion that he scale back on his lavish lifestyle… like a spoiled emperor being told he can’t go starting wars with a new country every time he needs a new wife.

Well, that’s a more apt description than the “Savage”. Or “Sauvage”. Johnny Depp, 14 homes, $75 million worth of renovations, including ranches, islands, and chateaux. In excess of 40 luxury cars. $300K a month on private jets. $2 million a month on household maintenance. Millions more on art. And, my personal favourite, $30,000 a month just to have his favourite bottles of wine flown to him wherever he was in the world.

THAT is Johnny Depp. He could be in Tokyo, with a yearning for that whatever year vintage Bordeaux, and someone would have to put the wine on a plane and get it to him so that he could have it with his dinner.

And we still want to believe that he’s just a humble artist, you know? He just needs to be with his guitar and a pack of smokes. Right. While he plays that guitar in a castle and ashes his cigarette into a platinum bowl.

For f-cks sake, if you’re going to spend all that money, though, WHY CAN’T YOU BUY SOME NICE CLOTHES????

Is it all his fault? Probably not all. Rich people get taken advantage of all the time. And, in addition to this management company, Johnny’s probably been surrounded by any number of sycophants bleeding the cash out of him. Reminds me of a few months ago, during all that back and forth between him and Amber Heard after she filed for divorce, and one of his friends, Doug Stanhope, released a statement calling Amber a golddigger, insisting that Johnny would never do the things she accused him of. Can you criticise the emperor though? Does the emperor hear “no”? The one in the White House certainly doesn’t.

Click here to read more about the countersuit against Johnny Depp and his extravagant expenses.