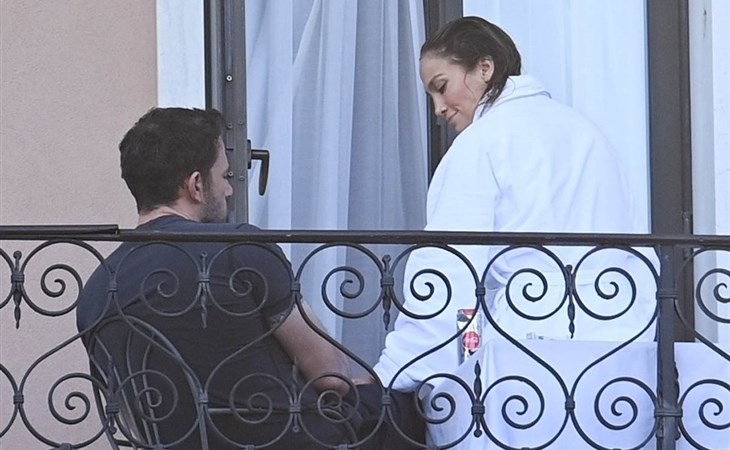 Look. It’s Friday. And we don’t post on weekends. But Bennifer isn’t stopping. So we have to push all of this out now so that we don’t get backlogged for Monday – because by then I don’t know how much more these two are going to give us. Already today there have been so many things to talk about… and we aren’t even at the money shot moment yet and the red carpet premiere.

Here’s the latest – Bennifer at their hotel, getting ready for the gala on the balcony. JLo’s hair is wet, so she’s washed out her ponytail from earlier in the day and there’s going to be a whole new look. As expected.

But you know that theory that’s been going around for months now that they’re recreating the “Jenny From the Block” video? The watch, the ass shot on the yacht, the paparazzi photographing them kissing … and now… the balcony?

At the 3:35 mark of the video, Ben is on a balcony in a bathrobe. Then JLo comes up from behind to join him with a gift box. These new pap shots remind of that scene – Jlo’s the one in the bathrobe this time, but the vibe is there for me. Does it ping you that way too? Not that I think that’s actually what they’re doing and intentionally recreating these moments, but “Jenny From the Block” is such a major part of their history, and one of the reasons why this couple is so seared in our gossip memories, our minds are always going back there, to the nostalgia. While, of course, enjoying the f-ck out of the present and, hopefully, future. 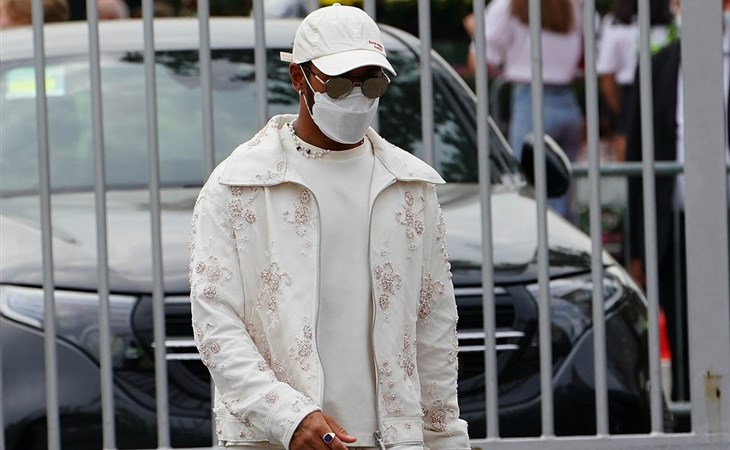