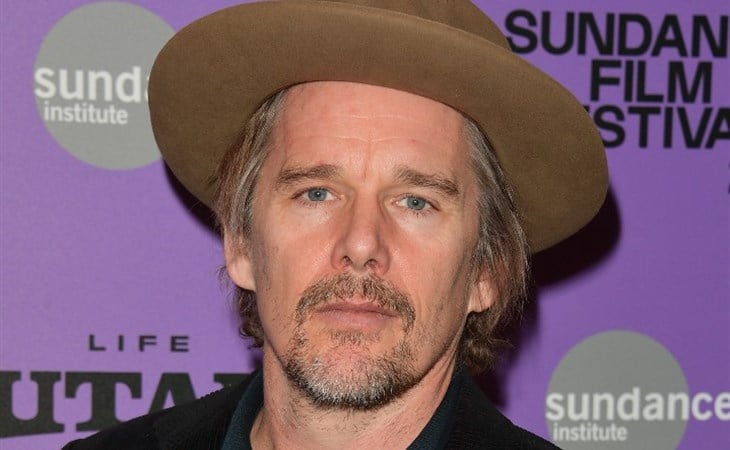 The four-time Oscar nominee teased another "Before" trilogy sequel, opened up about parenting, jealousy, and more in a new interview.

Celebrities are doing what they can to keep themselves busy while social distancing, for better or for worse. Seth Rogen is livetweeting Cats, Debbie Allen is giving dance classes over Instagram, Justin Bieber is perfecting his TikTok moves in Canada, and Ethan Hawke is self-quarantining with his dogs in upstate New York while getting introspective about his career.

Ethan spoke to Indiewire for a wide-reaching fireside-like Instagram live chat yesterday afternoon, and his dogs Georgia and Jett could not care less.

"They are not hip to indie film.... I tried to show them White Fang to see if they'd respond, but.. [shakes head no]"

Even though 1991's White Fang is memorably a Disney movie, and not an “indie”, this is still some funny dad humour. Speaking of Big Dad Energy, at one point Ethan accidentally flipped his device's camera to show the quarantine supplies of the "friend's country house" he was staying in, which included a bunch of Campbell's Soup cans. Though, knowing how Ethan rolls, they could have easily been art pieces.

His overall attitude was best summed up by saying, "I've never invited anybody into my house on Instagram before, but hey, what the hell!"

If nothing else, his Instagram live proved what we all feel to be true: To love Ethan Hawke is to eyeroll at Ethan Hawke. And I mean that with great affection. For all of his appreciation of his craft, and his body of work, he often veers into pretentious territory when citing his influences. Not that there's anything wrong with that, but he did tell Indiewire's Eric Kohn that he is trying to get his younger kids (he has two daughters with wife Ryan Hawke, and mentioned daughter Maya Hawke and son Levon Thurman Hawke are quarantining "with their mother," his ex, Uma Thurman) to watch Buster Keaton and Charlie Chaplin movies from the Criterion Collection. He also read out a passage of Shakespeare's "As You Like It," noting that he started memorizing certain excerpts in his college dropout days, before adding, "He wrote King Lear in quarantine, so if he can do it, so can you!"

This level of self-awareness is soothing in a way, especially in these times. Ethan also touched on fatherhood during Coronavirus, professional envy, and the possibility of another sequel to the Before... trilogy. Which would make it Before 4. Or B4-4. Who can't "Get Down" with that?

"I'm holed up at a friend's country house outside the city, my kid's school has been cancelled, the movie I was supposed to do was cancelled, on the plus side - on the positive side, I've probably been a better father in the past week than I have been in the past couple of years; everything we've been doing is making dinner, and washing dishes and washing clothes..."

His self-reflection did not end there, either. Ethan notes that he doesn't find the arts as therapeutic as others do, in part because it's his field, and also because of some light jealousy:

"... It didn't hit home for me [how serious the Coronavirus spread can be] until they cancelled the NBA season. I don't know, I, I'm a sports fan, it's the one thing - because I'm in the arts, a lot of people find the arts relaxing, I don't find the arts relaxing at all! It's something I do for work, and if somebody does a great performance, I'm just jealous... You know, I'm always thinking, 'Oh, I'd like to work with that person....' It's not relaxing. Watching LeBron James? It's relaxing for me... I like to watch him excel.... I like to watch what happens to this team, and that team... And when that got cancelled... even during September 11th, I got to watch the Yankees play the World Series! ... It rang a bell inside me that we're in some place that's completely new, and if I'm in that place at 49, I can't imagine what a 19-year-old is feeling."

Ethan did acknowledge the privilege of his celebrity, and said he "still experience[s] so much fear as an actor." That fear of getting it right translates to frustration, how he perceives most memorable parts, and his struggle with perfectionism.

"The truth is, I want my next role to be my signature role," said Ethan. "You know, like, my brain is always so forward-thinking. ... You always end up a little disappointed with everything that you do. A little bit. Nothing ever turns out quite as great as you thought it could have. For years, people always thought of me as the kid from Dead Poets Society, and then I was the Gen-X guy from Reality Bites, and then I was the cop from Training Day; to a certain group, it's Jesse from the Before trilogy, to certain people, recently, the priest from First Reformed, those have all been important roles in my career as far as when I talk to people, but for me, I don't think I've ever given myself to a role as I did with [his upcoming role in a Showtime series - his first TV regular gig] John Brown."

It's not like any bombshells were shared during this Instagram live, but it served as an endearing (to me) display of soul searching in a time of uncertainty. However you remember him best, even if it's as "that guy from The Purge," Ethan Hawke is still going to "Ethan Hawke" in these social distancing times. And that has to be reassuring and calming for those fans out there, whether they are "hip to indie film," or not.

I was today years old when I learned I could just listen to Ethan Hawke talk about stuff forever. 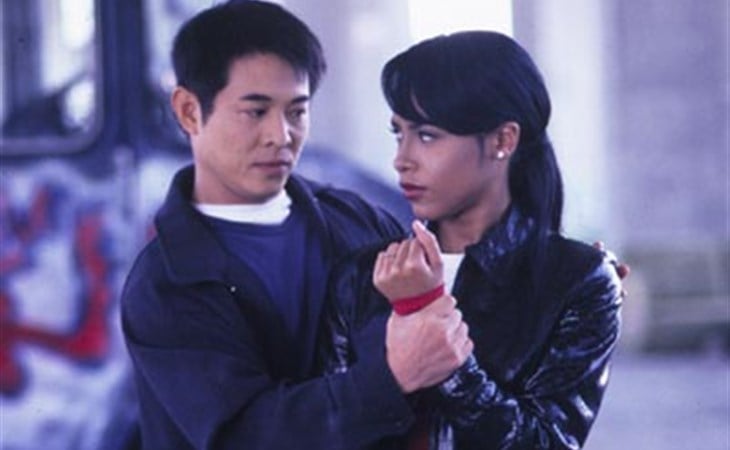 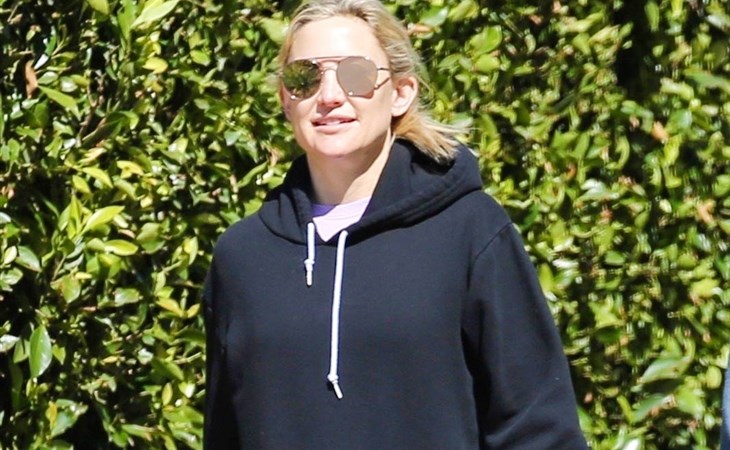