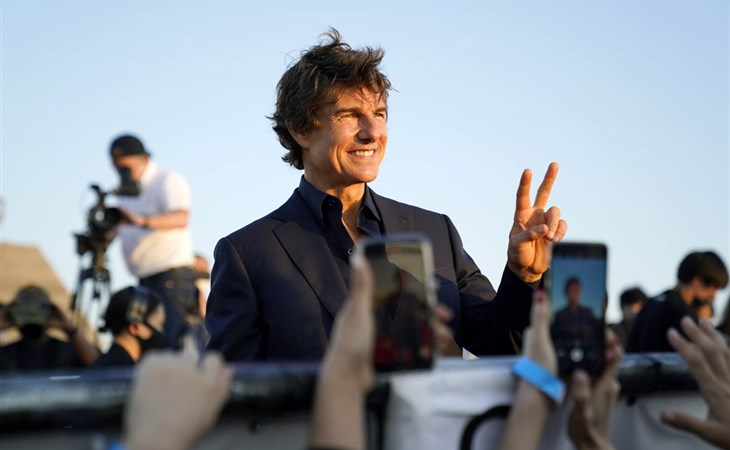 Cruise is back as Ethan Hunt, still running his little heart out around the world. He is once again joined by Simon Pegg and Ving Rhames as the ones who haven’t been sacked yet, and Rebecca Ferguson and Vanessa Kirby return as their lethal lady characters. Also back: Henry Czerny as Kittridge, the OG IMF director from the 1996 film. New to the franchise are Hayley Atwell, Pom Klementieff, Shea Whigham, Rob Delaney, and Esai Morales. Also, in a fun Top Gun twist, Greg Tarzan Davis and Charles Parnell, both of whom appear in Top Gun: Maverick, are also in Dead Reckoning. When Tom Cruise takes a shine to you, it pays off.

Of course, this movie looks equal parts thrilling and completely insane, and that motorcycle stunt at the end is completely bonkers. We joke about Tom Cruise killing himself for our entertainment, but sometimes it really does feel like he’s got some kind of weird bet with Death going on and these movies are somehow involved. He just FLINGS HIMSELF off a CLIFF on a MOTORCYCLE and PLUMMETS toward the GROUND. I am genuinely afraid of the stunts that will feature in the next movie, Dead Reckoning Part Two (Dead Reckoning – Part Two????). What’s left for him to do?!

Also, over the last few weeks, as the Top Gun press tour kicked off and we seem to be having something of a Cruiseissance, a lot of people have emailed about why Cruise is being embraced (again) after all the years of weird Scientology stuff. I have a theory about this. Partly I think it’s that we haven’t had a new Tom Cruise movie in four years, and people are just plain excited to get out and see a new Tom Cruise movie. And partly I think it’s that Tom Cruise is a dork and being dorky and enthusiastic is cool now in a way it wasn’t in the 2000s and early 2010s. The Tom Cruise Rehabilitation lines up with the Keanu Reeves Resurgence in the mid-2010s for similar reasons, people once again welcomed their sincerity and enthusiasm after a period of ironic detachment.

But I also think there’s something about a perceived loss of power for Scientology that feeds a willingness among the public to forgive and forget how f-cking weird Cruise is. Yes, Cruise (and his team) has been mercenary about reshaping his public image over the last ten years, following his divorce from Katie Holmes and all the details about how she had to ninja herself out of that relationship, and yes, the big stunt movies have been a critical part of that. Over the last decade, the predominant Cruise narrative has been “look at this dude doing these gnarly stunts”, and not “look at how f-cking weird this guy is, and also, his wife had to deploy secret phones to escape him". He replaced the negative press with breathless coverage of his latest death-defying feat.

But when I talk to people embracing 2010s-era Tom Cruise, and now 2020s-era Tom Cruise, I also find a recurring theme that people think the Xenu stuff is harmless now. Like Scientology has been defanged after all the negative exposure that came in the 2000s, as the internet grew more sophisticated and made sharing that information easier and faster. There was the infamous South Park episode, there was Leah Remini’s series of exposés, Tony Ortega’s tireless journalistic efforts to document and expose the abuses and harm of Scientology. I find again and again that people think Scientology has lost its power—it hasn’t, it’s still alive and well as an organization—and thus, Tom Cruise’s belief in it is reduced to a mere quirk, he’s once again just another oddball celebrity among a field of oddball celebrities.

This is not the case, Xenu is as rife as ever, but it is true that over the last decade, as part of Cruise’s careful image management, we just hear a lot less about Tom Cruise + Scientology than we used to. In the 2000s, he was evangelizing from the rooftops, the most visible, most successful, most likeable member of the organization—until it started to tank his image as Mr. Hollywood. Sure, there are occasionally rumors that he doesn’t see Suri very often or at all, but no one can say for sure one way or the other, Cruise always has his sh-t on lock, he has ever since Katie Holmes sprang a surprise divorce on him. And sure, there will be nutty or even outright disturbing Scientology stories in the press, but they no longer directly involve Tom Cruise. And between that, and a public perception of a loss of organizational power, and a decade of almost no public Xenu talk from Cruise, and all these movies in which he risks life and limb for our entertainment, he is once again Mr. Hollywood. 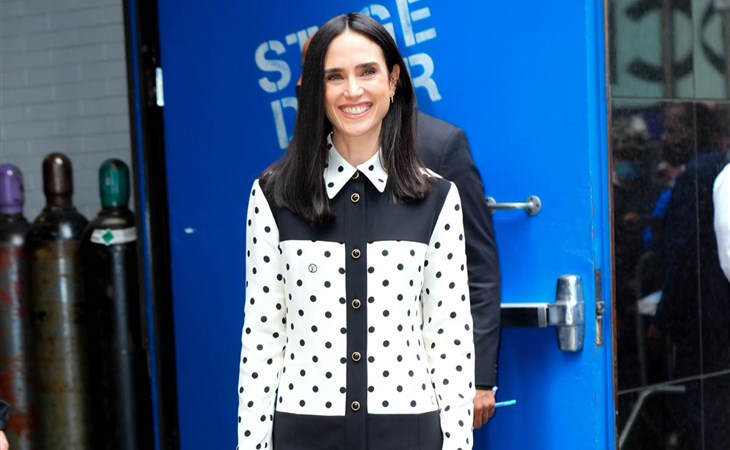 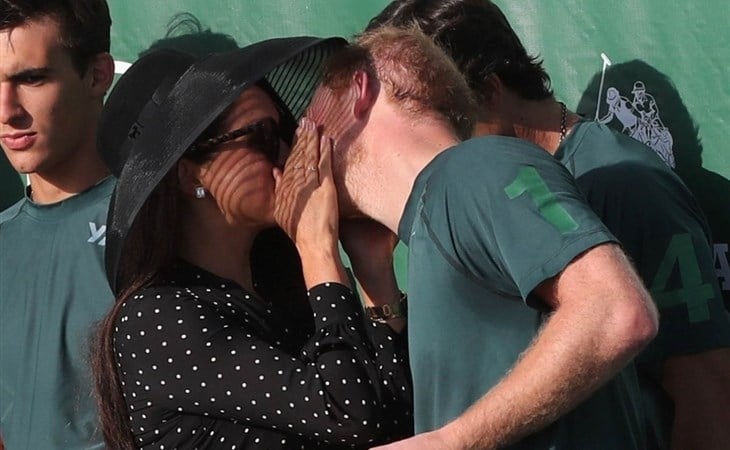