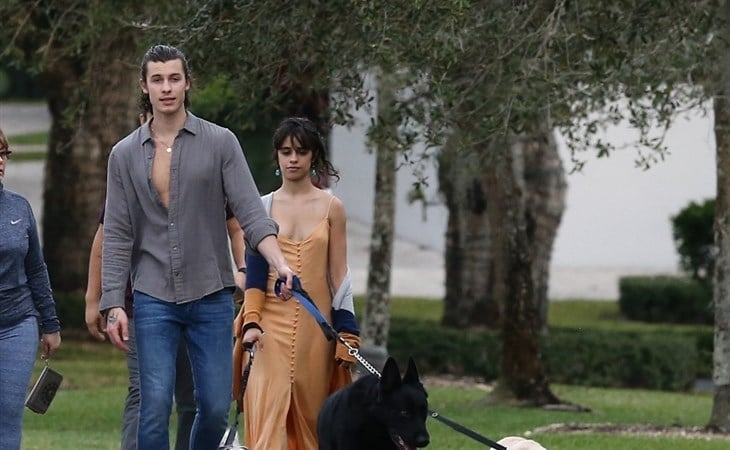 I’m here to report John Mayer looks good. (Lainey: and I am here to disagree.)

Stanley Tucci is such a delight. There aren’t many people who could launch a show during a pandemic that focuses on travel and eating delicious, decadent food and make it feel warm and comforting, but that’s exactly the tone of Stanley Tucci: Searching for Italy, which I watched last night. Travel is out of the question right now (even though celebrities seem to be ignoring the common sense rules most of us are living by) but watching him eat artichokes in Rome and drink limoncello on the Amalfi Coast isn’t frustrating because he does it with such humbleness and awe. Stanley Tucci is as life-affirming as a cacio e pepe.

I don’t know anything about The School of Good and Evil but I do know that Paul Feig’s movies (like Spy, Ghostbusters, Bridesmaids and A Simple Favor) have a highly underrated and undervalued element: chemistry. Melissa McCarthy and the entire cast of Spy (Rose Bryne, Jude Law, Miranda Hart, Allison Janney, Jason Statham) absolutely crackled together. So I guess this was really just another reason for me to talk about Spy, a movie that should have made a billion dollars and gotten a sequel.

Social media is arguing about side parts vs. middle parts and bootcut vs. skinny jeans when the real generational divide is this puffy cropped vest. Anyone who can pull this off is young, and it doesn’t matter how old they are.

Rarer than a blue moon: Gwen Stefani as a brunette.

Jay-Z invested in Armand de Brignac (Ace of Spades Champagne) in 2014 and this week, a 50% acquisition by LVMH was announced. As we know, LVMH has a global fashion arm but it also has an impressive list of spirits (Hennessy, Belvedere, Veuve Cliquot, Dom Perignon) and Moët Hennessy will oversee distribution, which is huge. That’s where the partnership really comes in, not in cash flow but in getting bottles into stores, which is the hardest part.

Shawn Mendes and Camila Cabello recently got a puppy named Tarzan to add to the family, which includes Thunder, Leo, and Eugene. Four dogs! That’s a lot of walks and a lot of poop. That’s not the only thing I want to talk about though. For Valentine’s Day, Shawn posted a photo of him kissing Camila’s feet and I feel like a year ago, this would have gotten so many headlines. But now, we are used to Shawn and Camila. Even their doubters have moved on.