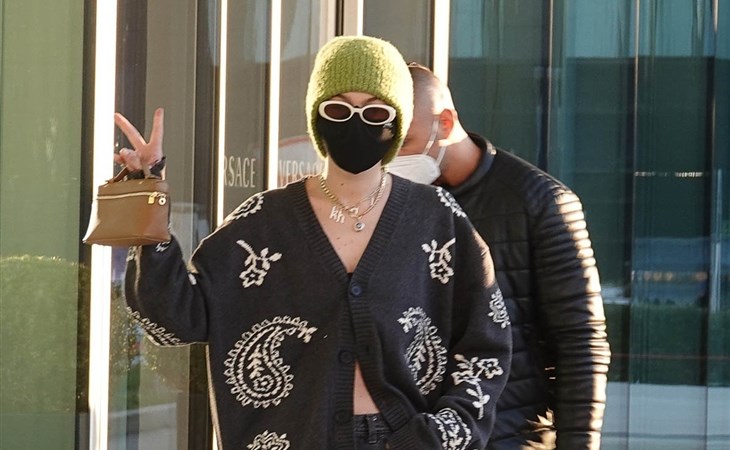 Gigi Hadid walked her first runway show (for Versace) since giving birth to her daughter. It’s been trending all morning on Twitter, both the videos and the still shots. She ate that sh-t up. Growing up with the original batch of supermodels has made me biased to that era but I have to give it up for Gigi and Bella – the Hadids are the measure of the supermodel of today.

Alec Baldwin has quit Twitter, which I haven’t bothered to write about because he’s done this at least three times that I can remember. Trust me, he won’t stay away for long.

An elite LA private school has been hacked, which is a huge deal because these offices are privy to a lot of private information and this school was likely targeted because of the parents, which include celebrities and Hollywood executives. It’s The Center for Early Education, which Blue Ivy attended (Beyoncé performed at the Gala so this is public information). Blue is obviously not in preschool anymore and it’s unlikely the twins are there because of the pandemic, but that’s the calibre of client. And schools have all the information – addresses, family doctor, medical information, phone numbers etc. The teachers’ information was also targeted, as if teachers don’t have enough to deal with on a normal day. It’s a very strange story.

Ginny and Georgia actress Antonia Gentry posted a note about her work and what the show and her character mean to her. Many Swifties are in the comments asserting that Antonia shouldn’t be criticized for the Taylor Swift comment because she’s an actress, but to instead direct their anger at the writers. Does it ever occur to fandoms that they don’t actually have to be mad at anybody? It’s possible to not like something and move on.

In October of 2019, Sarah wrote about Justin and Hailey Bieber’s exotic cats, Sushi and Tuna. Justin and Hailey doted on the kittens and they even had their own Instagram account. Then the cats sort of faded away with less updates and there was an odd story about Sandra Lee finding one of them, miles from where the Biebers live. Today I went to check on Sushi and Tuna and apparently they are still living with the Biebers as they’ve been spotted in the background of Instagram lives (see the screenshots here). They look huge. As Sarah wrote, exotic cats need a lot of care and attention because of the difficulty of domestication – do the Biebers have a cat wrangler on staff?

Chrissy Teigen used to hostess at Hooters. I’ve never been to a Hooters but I’m not above going to one, there’s just never been an opportunity. Are the chicken wings really good? Everything I know about it I learned from The Office and Vanderpump Rules.