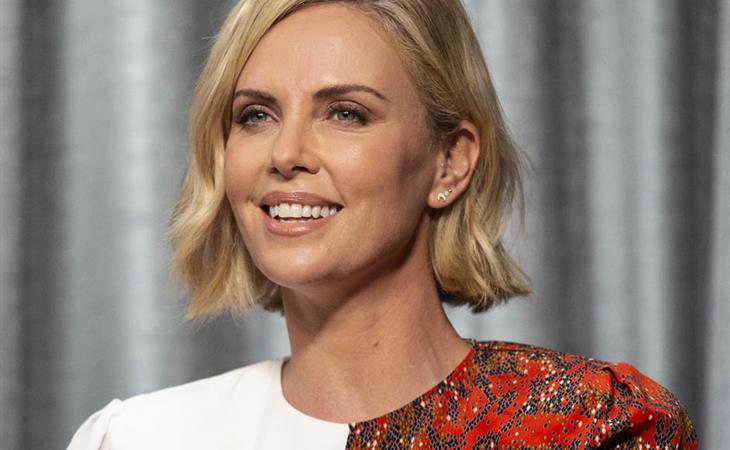 Charlize Theron had a really busy day yesterday, especially for somebody promoting a movie that came out three months ago. First, she attended a Tully Q&A for SAG-AFTRA with screenwriter Diablo Cody, before presenting at the HFPA Grants Banquet, where she introduced a clip on film restoration. There, emcee William H. Macy introduced her as “the star of the comedy Tully” and “most significantly, [his] neighbour”, which made me laugh. She followed by saying, “I wish I had something to shamelessly plug, but I don’t.” It’s a play on words about his show, and a nod to one of the reasons why she would have a Golden Globe-friendly gala on her calendar in August, not unlike why Armie Hammer did the same last year at this time.

Tully of course hit theatres back in May, after a sneak peek at Sundance and a run at Tribeca. She's fantastic in it, as Marlo, worn out mom of three struggling to have it all before her new night nanny swoops in to help save her from herself. And Marlo is way less polarizing than Mavis, the acid-tongued former high school prom queen she played in her last go with Cody, Young Adult. When Sarah reviewed Tully, she wrote about how Charlize’s “tart delivery” adds to her “searing performance” in the film and while we both consider Young Adult to be one of the best films of the decade (seriously!), I feel Tully is less divisive, and it has a slightly better Rotten Tomatoes score, at 87% vs. 81%.

Anyway, audiences are now able to discover Tully on-demand or through a rental, but Charlize is hustling. She’s keeping this movie in the awards conversation before festival season hits and we can size up the new contenders. It helps, too, that her director Jason Reitman will also be on the festival circuit with his second film this year, The Front Runner, a political dramedy about the Gary Hart scandal starring Hugh Jackman. There's little doubt that he won't get a question or two about Charlize's "searing performance" while on the press tour, or that he won't big up her work in Tully on his own as it only makes him, her two-time collaborator and friend, look better. Jason was also at the HFPA Grants Banquet, rubbing elbows with other members of the Hollywood Foreign Press, and much like Charlize, he was introduced as a Golden Globe winner.

But back to Charlize. She's putting in the groundwork in August to keep the buzz about the movie alive. She’s spoken about the role, which meant so much to her as a mom of two. Charlize also produced the movie, much like how she's set to produce an upcoming Netflix series, A Life in Men, starring Kristen Stewart and Riley Keough - two stars she's worked with before, in Snow White and the Huntsman and Mad Max: Fury Road. And then there's last week's casting news about how she's set to join Nicole Kidman and Margot Robbie in a film about Fox News and Roger Ailes, where she'll play Megyn Kelly. Still, it appears she wants all roads to come back to Tully.

Charlize wants this role to stick, and she wants it remembered before the awards season becomes too crowded. Plus, she’s bringing the fashion too, though I personally prefer the black bowed mini she wore for the HFPA, even though it looks like something she’s worn before. If Charlize keeps working like this, while also keeping her name in the headlines with some other high-profile projects, a Golden Globe nomination could be within reach. Her odds are even better in the “Comedy/Musical” category, where she’ll likely face off against Lady Gaga for A Star is Born, or Emily Blunt for Mary Poppins Returns. Besides, it worked for Young Adult. 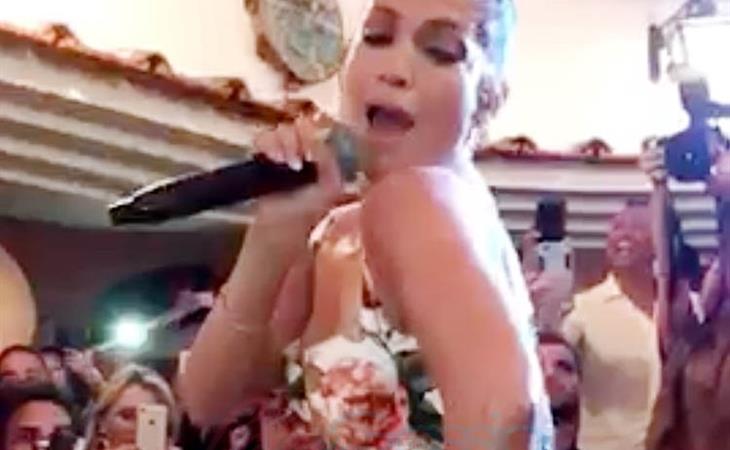