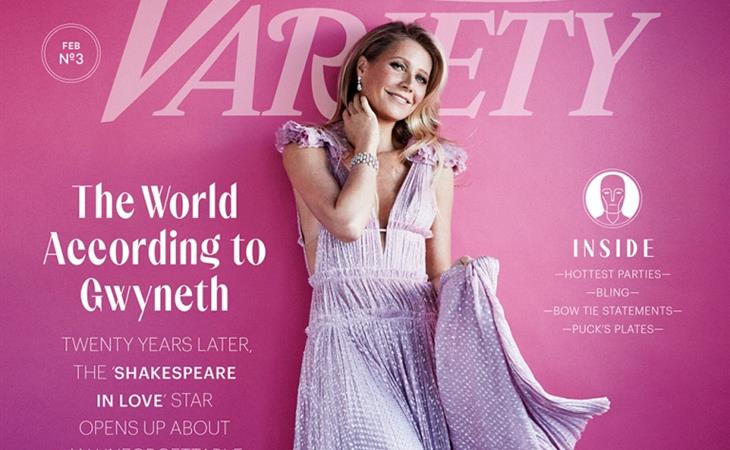 I wasn’t expecting to see Gwyneth Paltrow on the cover of Variety this week, this of all weeks. It’s Oscar week. Gwyneth is not involved at all at this year’s Oscars, at least not yet, unless, of course, she’s to be announced as a presenter. Which is possible. Because it’s the 20th anniversary of Shakespeare in Love winning Best Picture at the Oscars. And Donna Gigliotti who won an Oscar for producing Shakespeare in Love is also producing the Oscar telecast. If it happens, it’s a little self-indulgent. But, then again, isn’t Hollywood self-indulgent anyway?

So here’s Gwyneth, in purplish silver, on a pink cover, a nod to the pink dress she wore to win the Best Actress Oscar, talking a lot about Shakespeare in Love and acting and standing up to Harvey Weinstein and not a lot about goop. Here’s why Shakespeare in Love is a big deal: people still think it should not have beaten Saving Private Ryan and it marked a new era in Oscar campaigning. The campaigning we see now was started by Harvey Weinstein for Shakespeare in Love. Just this weekend The New York Times reported on how much money the Best Picture nominees have been spending on their campaigns. Netflix is pushing big money behind Roma. It’s estimated that Warner Bros has spent $20 million on the A Star is Born campaign. Disney too has invested significantly into Black Panther’s campaign. All of that is acknowledged in the article and, by extension, whether or not the Weinstein stain spills onto the Shakespeare in Love legacy. Should it?

All involved with the film, from director John Madden to writer Tom Stoppard and Gwyneth and Donna do not think that what is now known about Harvey should take away from the film itself as an artistic achievement, given that he had little to do with the creative process. But, then again, Shakespeare in Love was polarising even before Harvey’s crimes came to light. I’m one of those people who prefer Shakespeare in Love over Saving Private Ryan. I did then and I do now and I’ve written about it many times before. It’s a tricky conversation though because of the Gwyneth factor and the hate-on we all have for her and you risk getting yelled at for not respecting war veterans enough. For me personally I’m more drawn to the storytelling of Shakespeare in Love, the language, how Tom Stoppard was able to weave in Shakespeare’s work with his own – SIL is a writer’s film that honours the writer “for all time”. As the reporter Ramin Setoodeh, notes, it does hold up. Doesn’t Gwyneth hold up though?

Two decades later, G doesn’t do all that much acting anymore because…this is how she explains it:

Paltrow doesn’t read scripts anymore. Occasionally, she’ll agree to a small role. On the day of our conversation, she has plans to watch the first episode of Ryan Murphy’s “The Politician,” the Netflix TV series. “I play a very wealthy Montecito mom,” she says, rolling her eyes at the thought of seeing her scenes. “It just makes me uncomfortable. I don’t like to watch myself.”

Paltrow says that she plans to retire from the Marvel Cinematic Universe after this summer’s “Avengers: Endgame,” where she reprises her recurring role as Pepper Potts, Iron Man’s girlfriend. “I mean, I’m a bit old to be in a suit and all that at this point,” she says. “I feel very lucky that I did it, because I actually got talked into it. I was friends with [‘Iron Man’ director] Jon Favreau. It was such a wonderful experience making the first ‘Iron Man’ and then to watch how important it has become to the fans.”

Really? Because there’s an Oscar-nominated film in contention this year that is in line with the kind of movie she’s “known for”. It’s called The Favourite. Those stories are out there. And those stories are being written and championed by new voices in the business, more women, more people of colour. The question is… why isn’t SHE championing more of them? Reese Witherspoon is doing a great job with her production company in the books and projects that she’s adapting. Same goes for Kerry Washington. So many influential women of Gwyneth’s cohort are supporting stories and artists and creative works that benefit from their platform and capital. That, of course, isn’t G’s focus. Her focus, now, is a different kind of empowerment. Some might call it snake oil empowerment, exploiting women’s fear and uncertainty to advance questionable practices and products. It’s one thing to say that they’re no longer making her kind of movies anymore (which is bullsh-t because privileged white women are still getting jobs in Hollywood). It’s another to not really seem to be interested in the OTHER kinds of movies that people are trying. And there’s also a certain privilege in being able to just “oh whatever” the industry that made you – which is her attitude in the piece when the conversation turns to the current list of Oscar contenders. Here’s Gwyneth, the ultimate tastemaker, who claims she hasn’t heard of several of the nominated Best Picture candidates. That’s the kind of sh-t that makes her so grating. You’re on the cover of Variety’s OSCAR ISSUE. And she’s basically all like…oh…remind me what this year’s Oscar movies are…?

Also, the anecdote about Joseph Fiennes, who is told for this article, about Gwyneth, that the reason he got the job was because she fought for him. It’s classic Gwyneth. Her Gwyneth-ness is BREATHTAKING. 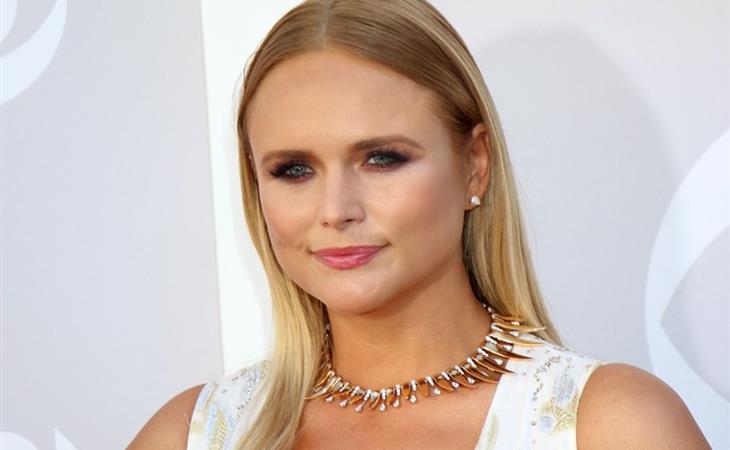