In the US, Tenet was released on September 3. Yesterday, Warner Brothers announced it will be available for home video and on demand on December 15. That is 15 weeks of theatrically exclusive play. All the niceties have been observed, Warner Brothers flushed one of their most valuable 2020 titles down the toilet to appease the theater gods at a time when they should not have been expected to bear the burden of testing the theatrical market alone. No one should have been expected to do it, not with a $200 million movie (officially, it undoubtedly cost more), because there should have been government relief for movie theaters—and any number of businesses—months ago. But that didn’t happen, so Warner Brothers burned Tenet and proved you can’t make money in theaters right now.

But Sarah! Tenet has made $347 million worldwide! True, but Warners only brings home half of that, and with theaters closing as second and third waves of COVID roll around the globe, the box office is slowing internationally. Tenet looks like it will end up under $400 million, not even enough to cover Warners’ bills. OF COURSE it was never going to make as much as it would have under normal circumstances—which would have been at least $700-800 million—but the “slow and steady” hope of COVID-era box office never materialized in the US, which knee-capped Tenet’s potential performance. The idea was for a steady stream of viewers to support a long but cumulatively profitable theatrical run and it just didn’t happen.

In a recent interview, Christopher Nolan said, “Rather than looking at where the film has worked well and how that can provide them with much needed revenue, they’re looking at where it hasn’t lived up to pre-COVID expectations and will start using that as an excuse to make exhibition take all the losses from the pandemic instead of getting in the game and adapting…”

Adapting is difficult when the theater owners are blocking your attempts to innovate through the pandemic. I’ve discussed before the roadblocks the theater owners are throwing up to maintain the 90-day theatrical window. There have been some adjustments, like the AMC-Universal seventeen-day deal, but generally, even as dire as things look for the movie business right now, there has been little real innovation and it’s due to the impasse over the 90-day window. You can’t have it both ways, you can’t yell at the studios for not adapting but also insist they cling to an outdated model. Also, in that interview, Nolan also said he is “thrilled” with Tenet’s performance, which makes sense because he gets paid either way. He is reported to get 20% of first-dollar gross, which means once the movie is released, he’s earning money regardless of overall performance. Tenet is going black Warner Brothers’ eye, but Nolan will walk away with tens of millions of dollars, so of course he’s “thrilled”. He gets paid AND he doesn’t have to rebuild the studio after this terrible year.

In other movie news, Disney finally threw in the towel and pulled Free Guy and Death on the Nile off the December calendar, and Wonder Woman 1984 is expected to move (again) within the next couple weeks. Smaller films like Promising Young Woman and Nomadland remain on the 2020 calendar, but once WW84 moves, there won’t be any major studio movies left on the slate. That means the top grossing domestic film of 2020 will be…Bad Boys for Life. You know what would cap this crap year off? If Sonic the Hedgehog gets at least one (1) Oscar nomination. 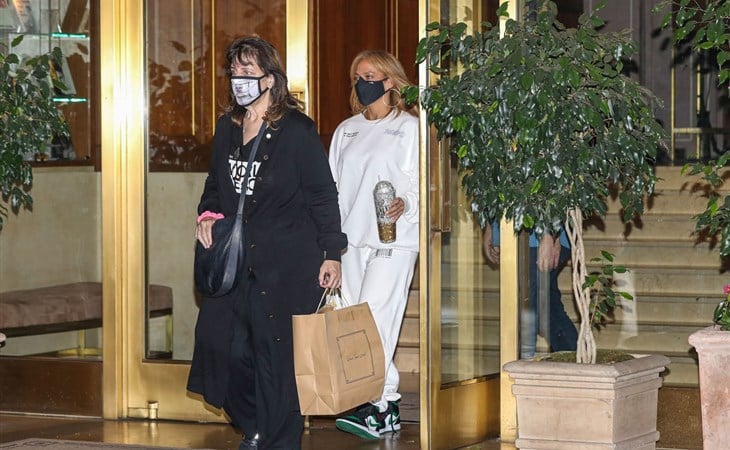